Watch: Kim Reynolds to remain in her seat as Iowa governor

Iowa voters have decided to keep Republican Kim Reynolds in her seat as governor. 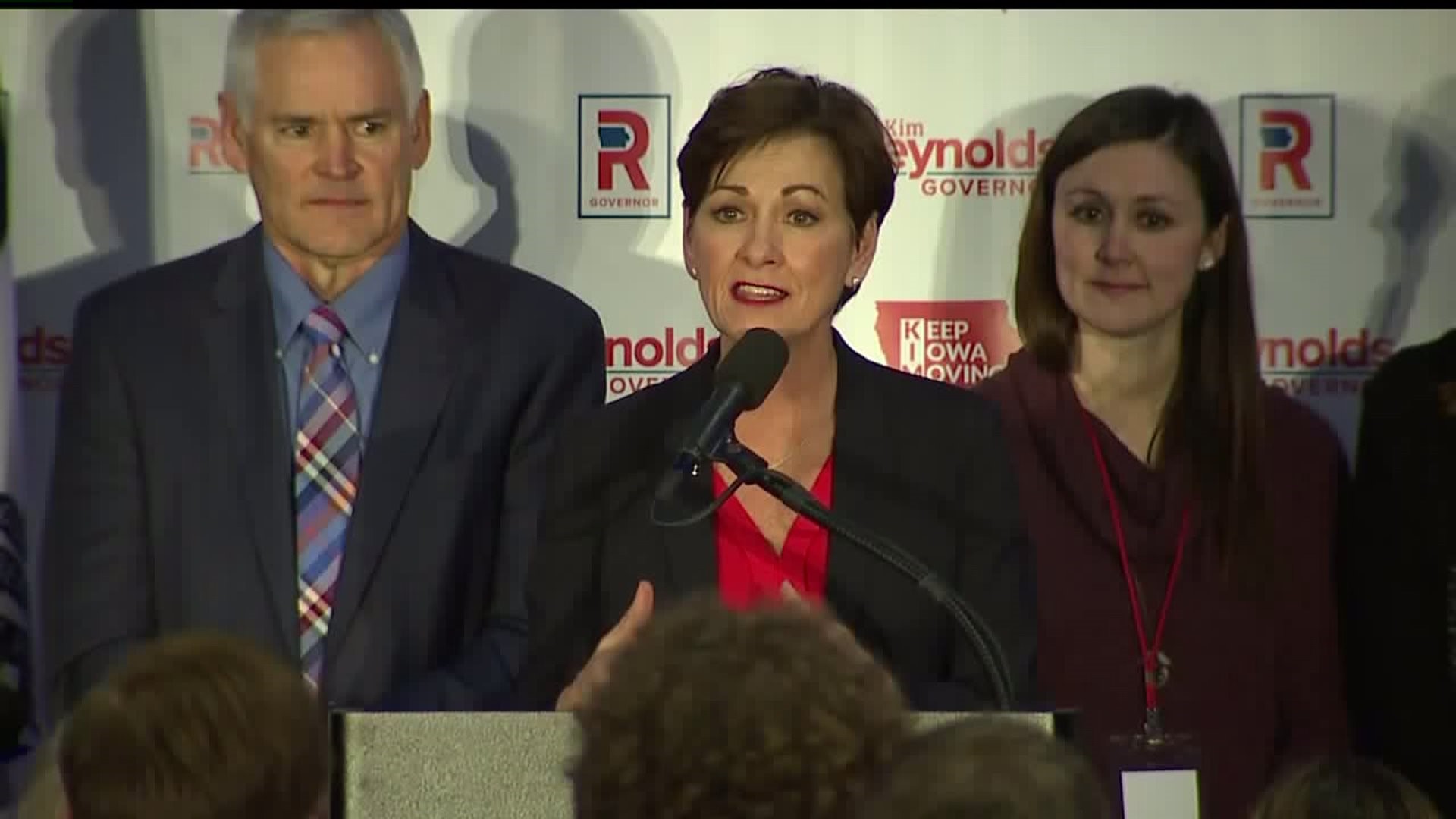 Reynolds took office in May of 2017, after former Iowa Governor Terry Branstad was appointed to be the U.S. ambassador to China.  Reynolds served as Lt. Governor for six years before taking office.

According to Ballotpedia, Hubbell earned a degree from the University of Iowa.  He previously served as chairman the Iowa Power Fund, chairman of Younkers and was interim director of the Iowa Department of Economic Development.  Hubbell also served as president of life insurance firm Equitable of Iowa.