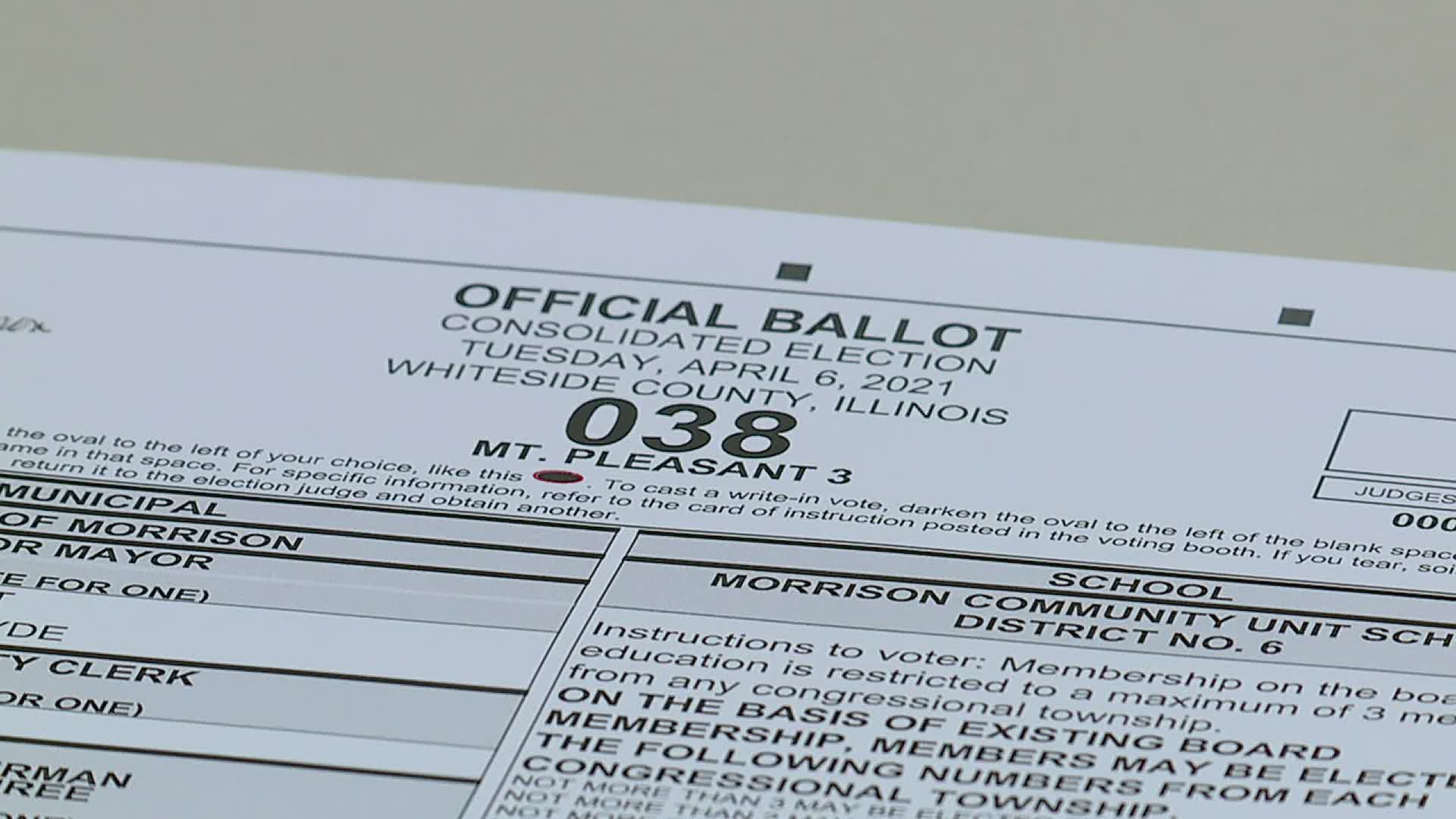 ROCK FALLS, Ill. — You cannot get it any closer than the results of the mayoral election in Rock Falls Tuesday night, April 6th.

Rock Falls Mayor Bill Wescott was looking for a third term as Mayor going into Tuesday, but he's apparently lost by just one to alderman Rodney Kleckler. Wednesday morning, April 7th, Kleckler had 404 votes, leading with 50.06%. Wescott had 403 votes with 49.94%.

Whiteside County Clerk Dana Nelson says there are still five outstanding votes left to be mailed in. So long as those votes are received by April 20th, and are post marked by election day, then they will count towards the election.

Nelson saying now it’s just a waiting game. “Every day when the mail comes it will be like ahh is there anything from Rock Falls?”

Nelson has been at the office since 2005, and she says she’s never dealt with this before. Nelson saying, “This was almost a perfect election. I’ve just never had anything like this.”

Nelson says there is a chance those votes never come in. Mayor Bill Wescott says whether they do or not, he will be requesting a recount. Wescott saying, “It’s too close not to do that. I’ve already drafted the letter.”

Once that letter is drafted, Wescott, or Kleckler if he chooses, will then have to tell the clerk’s office which precincts they want recounted. Nelson saying, “It’s really more of an investigative look. It doesn't change the outcome of anything and if they find irregularities then they would have to take it to court.”

Alderman Kleckler says he understands the process, but he isn’t sure he would be so quick to start a recount if the role were reversed. He says he once had the opportunity to request a recount and chose not to.

He says, “It’s kind of like being in the old days being in a football game you kind of just live by what the referee tells you. You didn't have video to go back on and we all lived and got along fine.”

For now, both men are patiently waiting the two week period votes can still roll in. Keckler saying, “We just have to see. You can always wish for things that should have been and aren’t but we’ll just take it one day at a time.”

It’s a high stake waiting period that begs the reminder that every vote counts. Nelson saying, “Every election is important. Every vote is important. You see it here, one vote. It’s going to cost a man a job possibly.”