Five Republicans took center stage in Bettendorf in their bids to represent Iowans in the U.S. Senate. 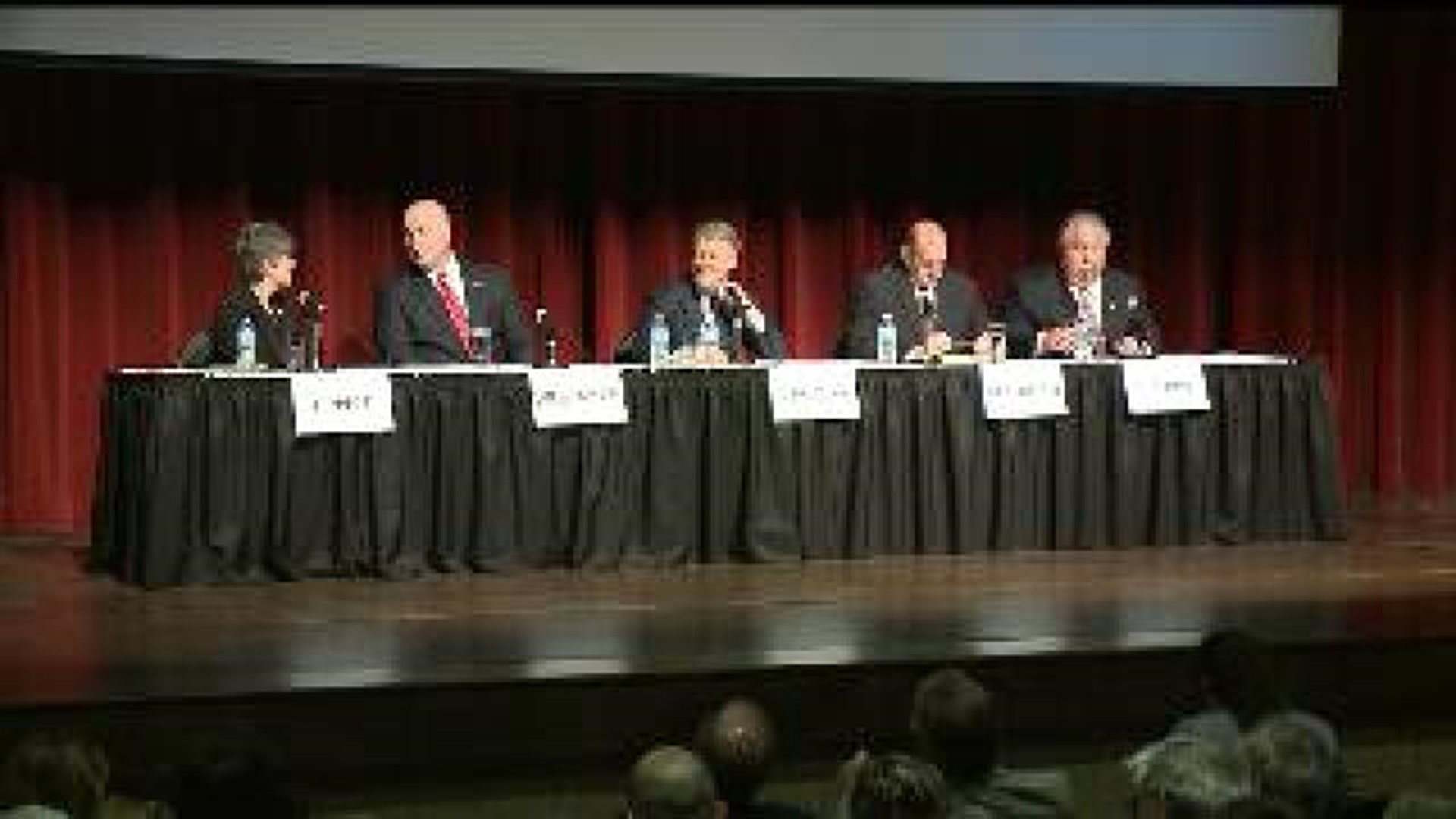 Five Republicans took center stage in Bettendorf in their bids to represent Iowans in the U.S. Senate.

Monday night's debate featured all of the Republican candidates who are vying for the Senate seat that will be vacated by longtime Democratic Senator Tom Harkin when he retires.

"I think this is very important to the party. We really do need to take this seat back," said State Sen. Joni Ernst.

Ernst has gained national attention for her out-of-the-ordinary campaign ads, in which she talks about castrating pigs on the farm and rides a motorcycle to the gun range.

"They're a little tongue-in-cheek, but it is a serious message. We have really got to get our federal spending under control, and that's what we're taking a little bit of a poke at," said Ernst.

Ernst will face Mark Jacobs, the retired CEO of Reliant Energy. Jacobs believes that his vast business experience is exactly what Iowans need in Washington.

"If we want different results, we're going to have to send a different type of leader to Washington. I've learned how to get things done, working with people who have different points of view, and I think that's what's missing in Washington today," said Jacobs.

Also running for Senate are Matt Whitaker, Sam Clovis and Scott Schaben. All believe in the importance of taking back this seat for Iowans and Republicans.

"I think Iowans deserve an opportunity to have somebody in there that's gonna fight for them," said Clovis.

"This race is about who can stand toe-to-toe with liberal Bruce Braley and bring conservative solutions," said Whitaker.

"It's more than just the Senate seat. This race right here determines the future of the Republican party," said Schaben.

The primary election will take place on June 3. The winner will face Congressman Bruce Braley, the only Democrat running for Harkin's seat, in November.