The debate Wednesday night in Sioux City came less than three weeks before the general election. 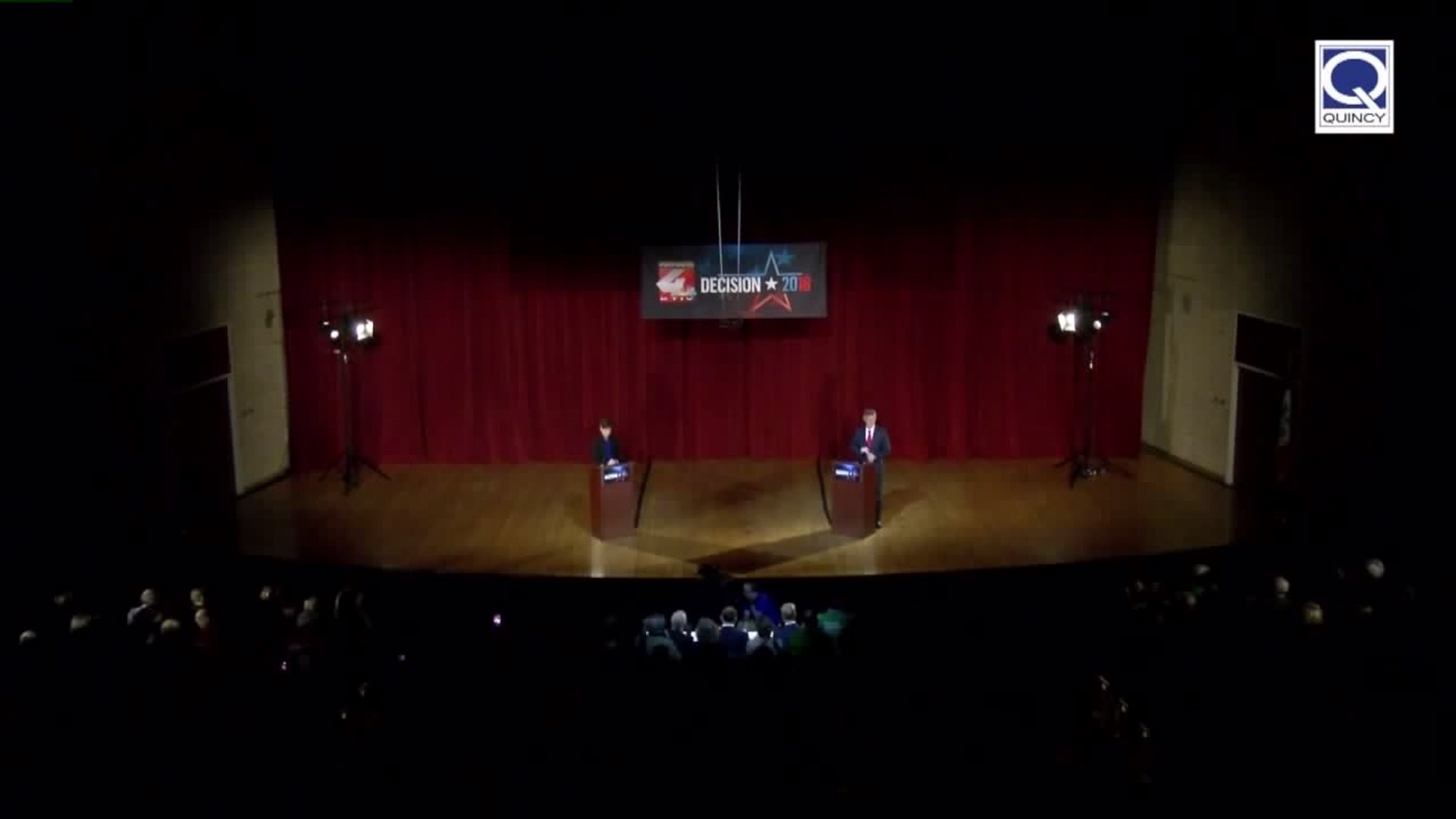 The debate Wednesday night in Sioux City came less than three weeks before the general election.

Asked about tariffs imposed by China on U.S. agricultural exports in response to actions by President Donald Trump, Reynolds acknowledged farmers were being hurt but argued the action would ultimately benefit growers. Hubbell stated that Iowa needed a governor who would "stand up for Iowans" and support free trade.

The candidates also were asked about sexual harassment allegations at the Capitol.

Hubbell called for creation of a third-party group that would investigate allegations. Reynolds says she already enforces a "zero tolerance policy" and noted she'd fired an agency director accused of wrongdoing.

The Sioux City Journal reports the debate at Morningside College was aired by KTIV in Sioux City, KWWL in Waterloo and KTTC in Rochester, Minnesota. A third debate will be held Sunday in Davenport.