Rep. Mark Smith will be the interim face of the party after caucus chaos caused the former chairman to resign. 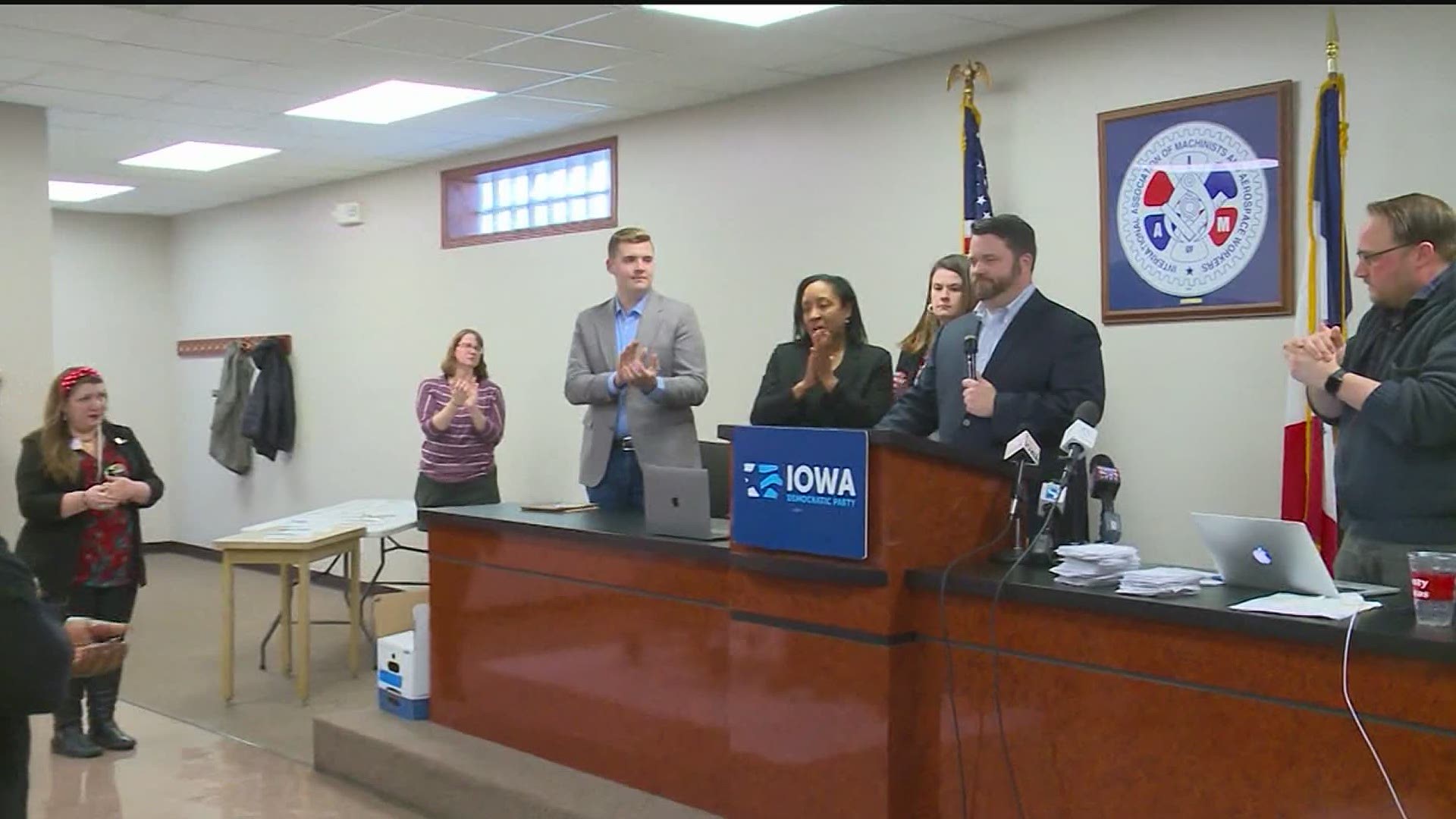 (CNN) -- The Iowa Democratic Party announced that state Rep. Mark Smith will lead the party after the former chairman resigned earlier this month amid an unprecedented and embarrassing delay in results from the state's caucuses.

Smith, who won the role by a majority vote of the IDP State Central Committee Saturday, said in a statement he was "honored that Iowa Democrats have put their faith in my leadership to help lead our party to victory this November."

His election follows the resignation of the party's former chairman, Troy Price, after the Iowa caucuses, marred by faulty technology and arcane rules, descended into chaos.

The state's treasured first-in-the-nation contest fell into turmoil as the reporting methods for the more than 1,700 precincts broke down, halting the emergence of a clear winner and forcing a slow rollout of partial results.

It took the party days to release the full count of votes and multiple campaigns highlighted errors in those counts after they were released, prompting the state party to agree to a partial recanvass of the results.

Pressure had been rising on Price to resign, but he told friends he intended to stay in his post until the recanvass was completed. But since that process was taking longer than expected, allies urged him to step aside now to begin trying to restore credibility to the party.

"While it is my desire to stay in this role and see this process through to completion, I do believe it is time for the Iowa Democratic Party to begin looking forward, and my presence in my current role makes that more difficult," Price wrote in a letter to members of the State Central Committee.

Acknowledging that "the challenges we face will not be easy," Smith -- who represents Marshalltown in the Iowa State House -- said Saturday the party will move forward, "only growing stronger."

"Every Iowan deserves the opportunity to enjoy a rich quality of life -- and Democrats will never stop fighting to ensure those opportunities are extended to every Iowan," he said. "Our Party is proud and strong because of our values, and we are committed to restoring trust to carry out those values from river to river."

The Iowa Democratic Party previously said that they will begin their partial recanvass Sunday and expect the process to last for two days.