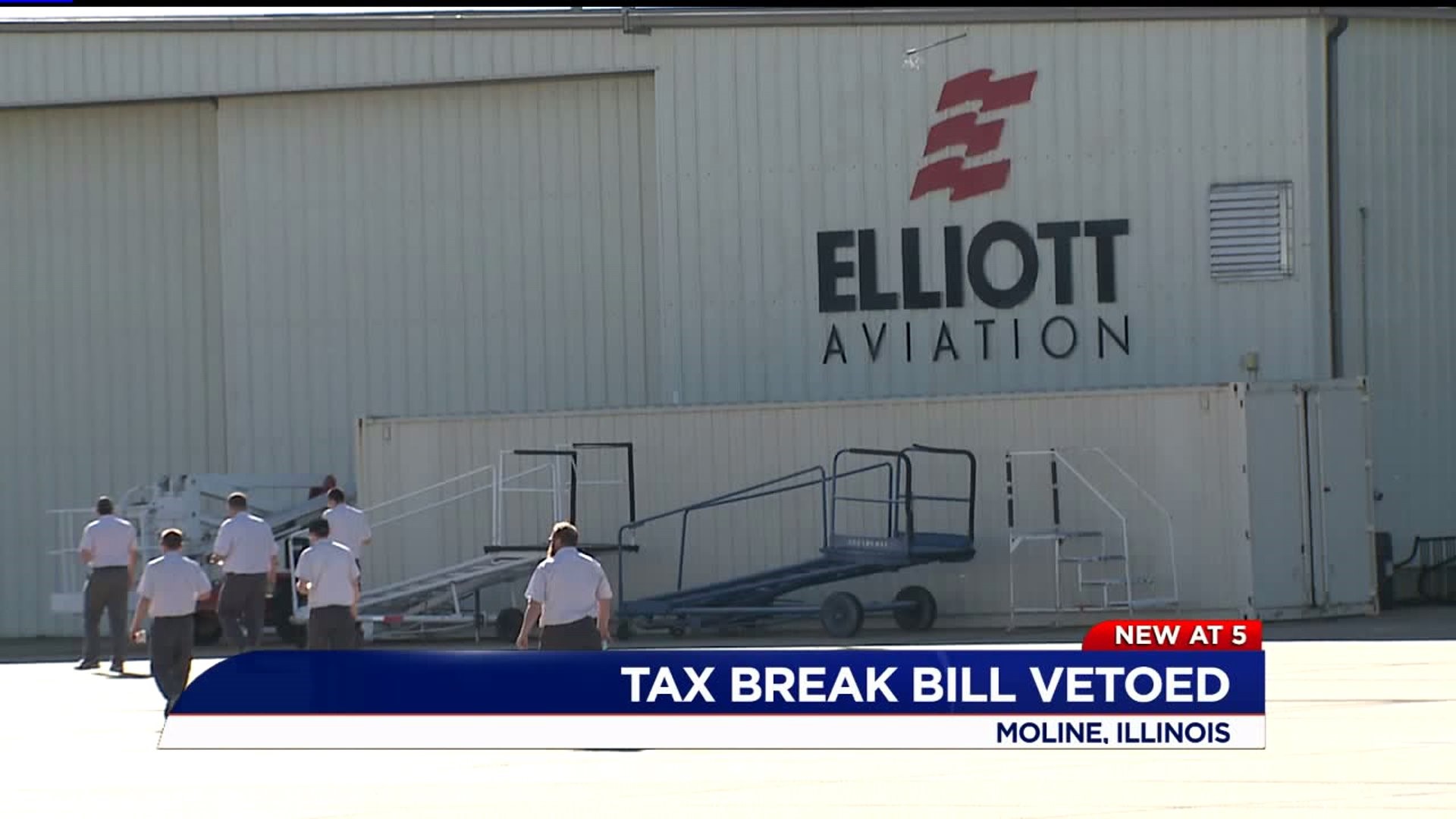 Pritzker vetoed the legislation Monday. It would also extend the breaks through 2024. The Democrat says it “is not the right fiscal decision.”

Lawmakers approved the tax breaks in 2010. They ended them in 2014 but the companies never paid. Sponsoring Rep. Monica Bristow, a Godfrey Republican, says a 500-employee manufacturer in her district poured $32 million into its plant and payroll in that period.

“I understand the governor’s veto but this legislation was introduced to correct an unintended consequence of past legislation," said Illinois State Representative Tony McCombie. "This additional tax will promote out of state businesses and hurt the employees who provide for their families. We cannot tax our way to growth.”

A veto reversal is likely. The House unanimously adopted the measure. The Senate recorded just one “no” vote.