SPRINGFIELD, Illinois– Governor Bruce Rauner (R-Illinois) set off on an 8-day trip to Japan and China Saturday. Nearly three years into his administration... 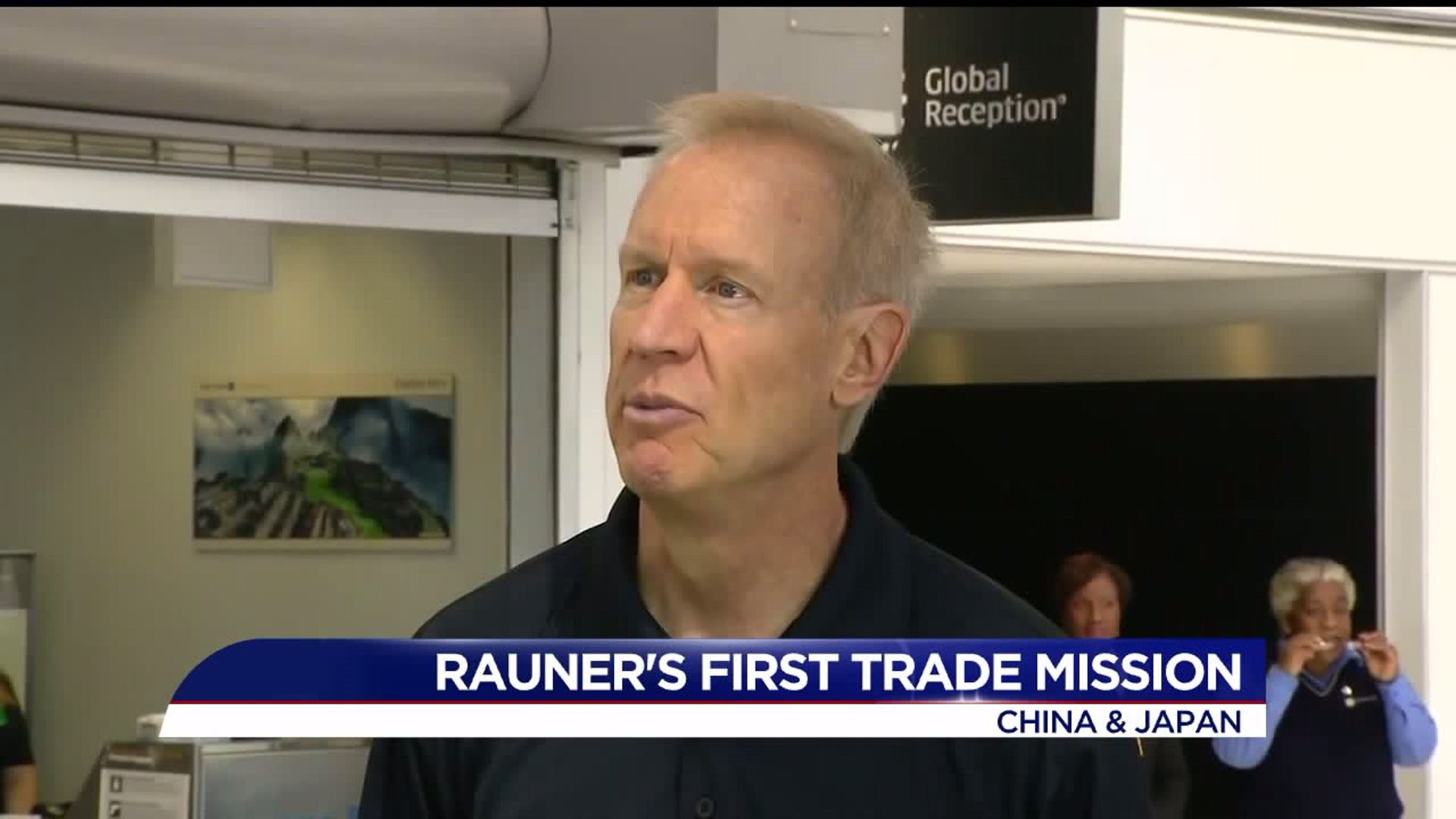 Nearly three years into his administration, and this is Rauner's first international trade mission. He's heading overseas in hopes of bringing jobs back to Illinois.

"We're on our way to Asia," Rauner told reporters on his flight. "First stop is Tokyo. We'll be in Japan for four or five days and then go on to China."

This trip is a unique in-person opportunity to build trade ties between Illinois, China, and Japan.

Throughout the mission, Rauner will need to prove that, despite the state's financial troubles, Illinois is still a great place to do business.

"Japan and China are two of the most important economic development partners for the people of Illinois," Rauner adds. "We are seeking to expand that partnership and that friendship to create more job opportunities here in Illinois and expand trade between our two nations."

Rauner also weighed in on the impending hurricane, saying he's been in touch with state leaders in both Florida and South Carolina, offering them support ahead of Irma making landfall.

The governor's trade mission runs through next Sunday, September 17th.