Illinois Gov. J.B. Pritzker says he’s reached an agreement with key lawmakers on a plan to legalize recreational marijuana in the state starting next year 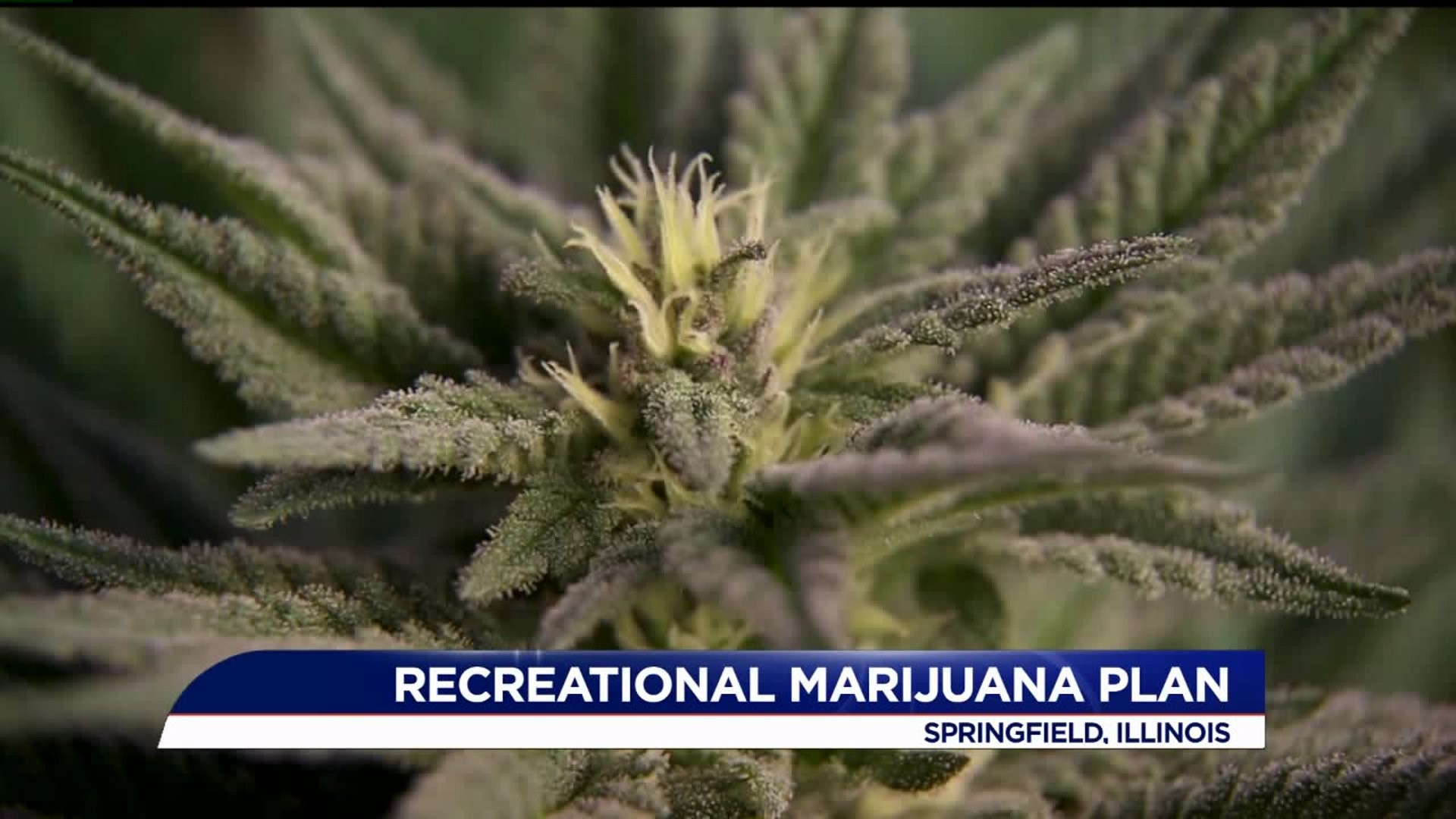 The measure also would automatically expunge some marijuana convictions.

If it passes, Illinois would join 10 other states, including neighboring Michigan, in legalizing recreational marijuana. While the Illinois law would take effect Jan. 1, the first licenses for Illinois growers, processors and dispensaries wouldn't be issued until May and July 2020, the governor's office said.

Pritzker was joined by fellow Democratic lawmakers in Chicago to announce the deal, which comes after years of discussion among state legislators. They said the measure will be introduced Monday, kicking off debate at the Legislature, where Democrats hold a majority in both chambers.

The proposal "starts righting some historic wrongs" against minority communities that have suffered from discriminatory drug policies and enforcement, the new governor said.

"This bill advances equity by providing resources and second chances to people and communities that have been harmed by policies such as the failed 'war on drugs,'" said Lt. Gov. Juliana Stratton, who is black.

The measure includes a $20 million low-interest loan program to help defray the costs of starting a licensed cannabis business for "social equity applicants." Those applicants would include people who have lived in a "disproportionately impacted area" — or communities with high rates of poverty and high rates of arrest and incarceration for marijuana offenses — or been arrested or convicted of offenses eligible for expungement.

Critics of legalization, including law enforcement and the Illinois NAACP, have said it would lead to more addiction and mental health issues and would harm rather than help black communities.

"The consequences of this bill are far reaching and will have devastating impacts on citizens, communities and youth," said Kevin Sabet, founder and president of Smart Approaches to Marijuana. "Illinois lawmakers must take a smart, commonsense approach, and not welcome in another addiction-for-profit industry into the state."

Medical cannabis is already legal in Illinois. Pritzker campaigned on the issue of legalizing recreational marijuana and is counting on $170 million from licensing fees in his proposed state budget for the fiscal year that starts July 1. He's said future revenue from legal marijuana will help Illinois address some of its deep financial problems.

The governor's office said 35% of revenue from legal cannabis would go to the state's general operating fund, while an additional 25% would go into a new Restoring Our Communities fund. That money would be distributed as grants to communities that "have suffered the most because of discriminatory drug policies."

Illinois would use 10% of revenue to pay a backlog of unpaid bills. The rest of the money would support mental health and substance abuse treatment, law enforcement grants and public education and awareness.