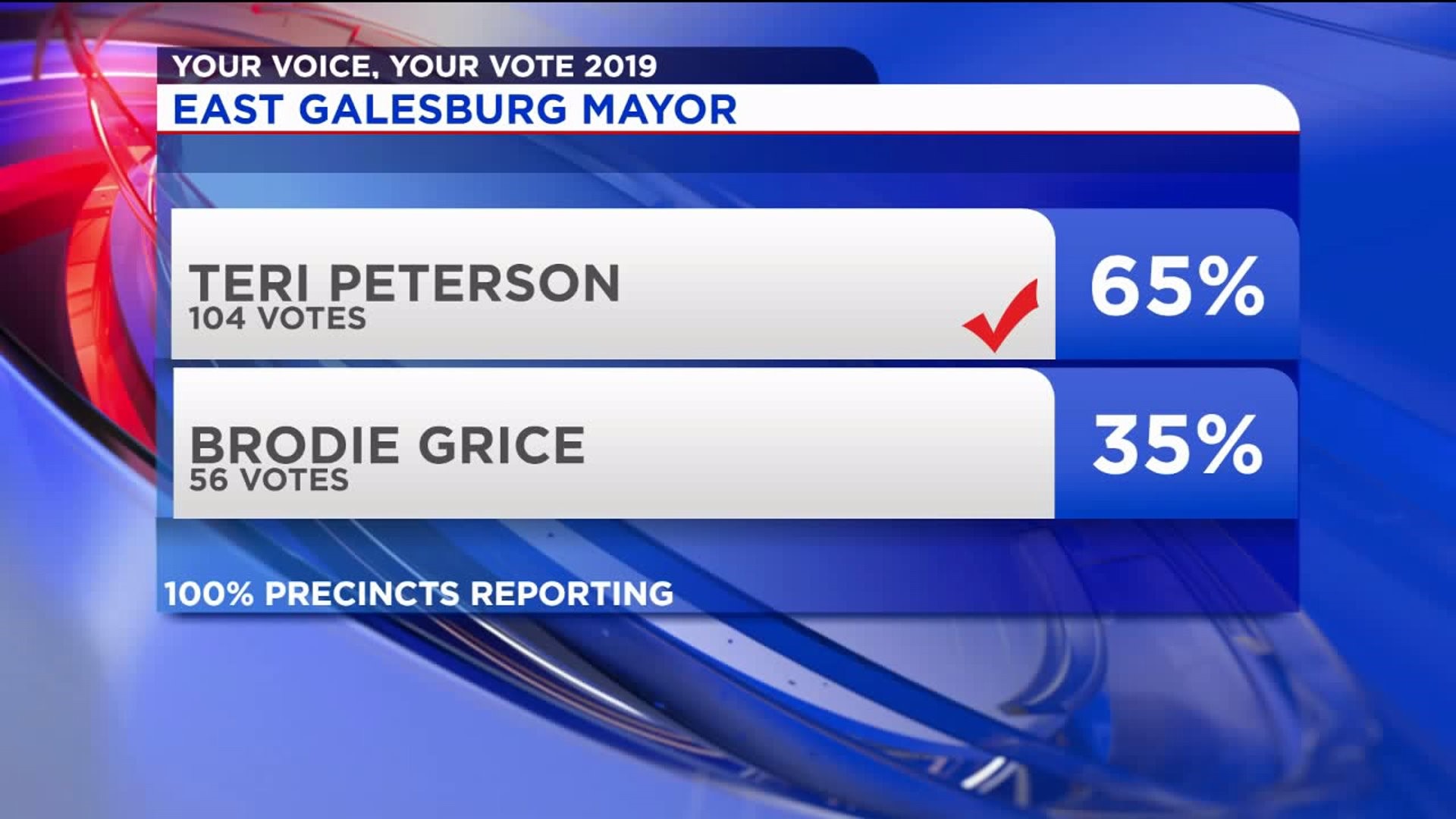 East Galesburg: Teri Peterson was voted in over Brodie Grice with 65% of the vote; 100 % of precincts reporting.  Current Mayor Stephen Bradley decided not to run again.  Peterson is on the village board.  Her challenger, Grice has served as the Chief of the East Galesburg Volunteer Fire Department for the last six years.

Galva:  Richard Volkert was voted in over M. Douglas Anderson with about 53% of the vote; 100% of precincts reporting.  The current mayor, Rich Nordstrom, decided he would not run in this election. Volkert was city treasurer for three years, an alderman for two, on school board for five and was a member of the Galva Fire Dept for 28 years.  Anderson has been on city council for 21 years and served as Galva's Park District superintendent for 20 years.

Kewanee: Gary Moore was voted in over Mike Yaklich with 70% of the vote; 100% of precincts reporting.  Current Mayor Steve Looney decided not to run for a second term.  Moore is a retired Kewanee police officer. Yaklich got enough write-in votes in the primary to boost him forward to this election.  Yaklich has served 14 years on the city council.

Princeton: D. Joel Quiram won with 61% of the votes over Ray Swanson; 100% of precincts reporting.

Sterling:  Incumbent Mayor Charles "Skip" Lee was voted in over challengers Jim Wise and Marc Douglas Batley.  Lee got about 53% of the vote, with  100% of precincts reporting.  Wise got about 41% of the vote and Batley got about 5%.  Lee has served as Sterling's mayor since May of 2011.  He's also served on city council, library board, and the Congressional and Senatorial Service Academy Selection Boards.