Illinois lawmakers have wrapped up their spring session after a whirlwind week that produced a budget, a state construction plan and billions of dollars in tax ... 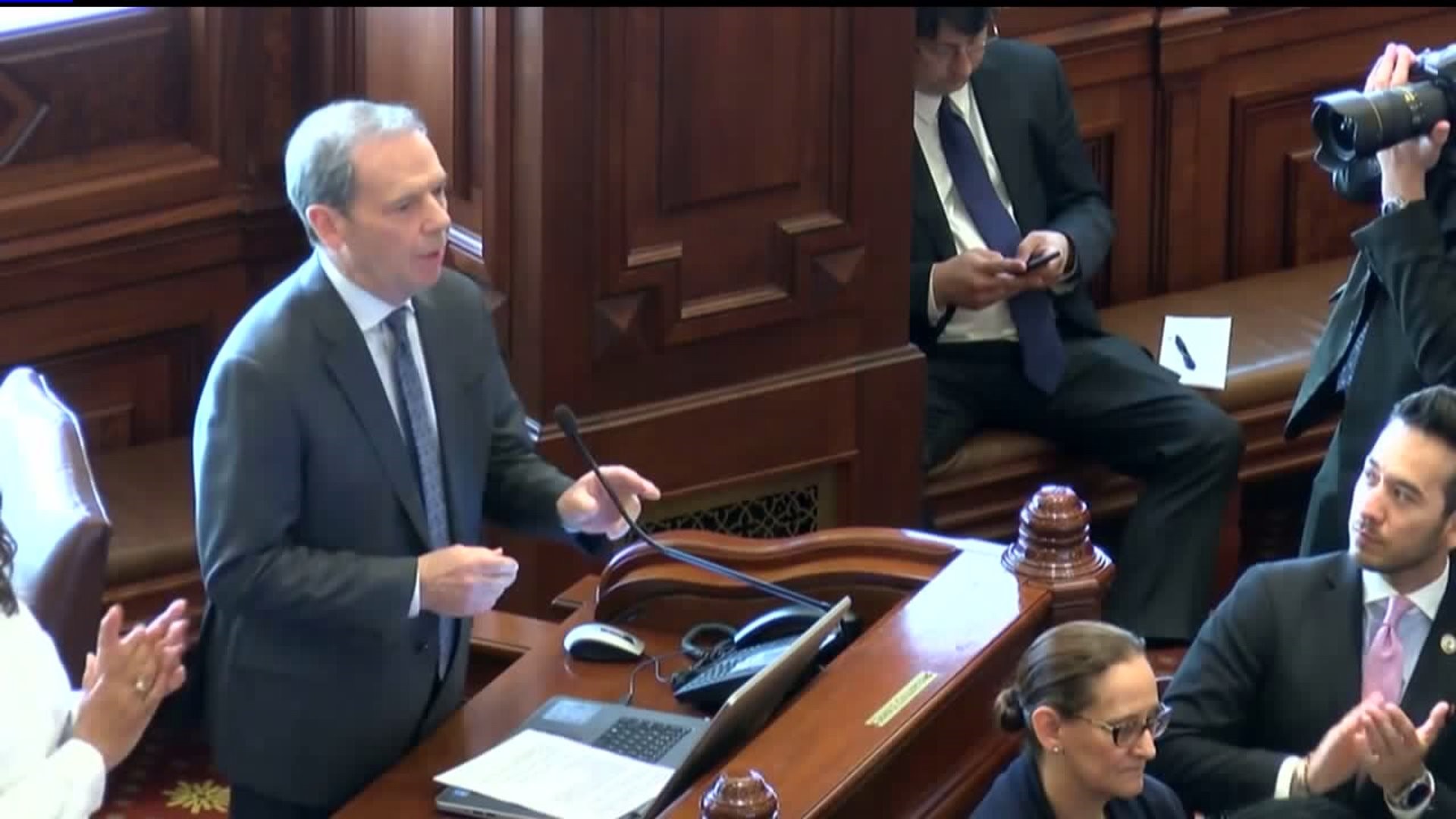 SPRINGFIELD, Ill. (AP) — Illinois lawmakers have wrapped up their spring session after a whirlwind week that produced a budget, a state construction plan and billions of dollars in tax increases to fund it, more gambling, legalized marijuana use and protections for abortion.

The Senate took final action Sunday on a $39.9 billion budget and a $45 billion infrastructure improvement plan. It doubled the state's gasoline tax to 38 cents per gallon. Future increases would be tied to inflation but legislation ensures that the road fund where it's deposited can't be used for other purposes.

"We started this session with an ambitious agenda and there were skeptics who said it couldn't be done," Democratic Gov. J.B. Pritzker said in a state Capitol news conference following adjournment. "But what the skeptics failed to realize is that no obstacle can dwarf the transformative power of a state government and legislature that stands up for working families."

Pritzker took office in January with a low bar for achieving success. His predecessor, Republican Gov. Bruce Rauner, had locked horns with legislative Democrats over his conservative agenda and little was accomplished.

But with Democrats holding majorities in both legislative chambers, Pritzker was able to emphasize a list of accomplishments that includes an increased minimum wage over five years to $15 an hour, a constitutional question for voters to choose a progressive income-tax structure, and a massive gambling expansion with legalized sports betting.

Senate President John Cullerton, a Chicago Democrat, said any one of the initiatives passed this session would alone be momentous.

"It's really amazing that we were that successful," Cullerton said Sunday about a workload that pushed legislators past their May 31 scheduled adjournment.

The budget lawmakers sent Pritzker has "balanced" stamped on it by both Democrats and Republicans, and the GOP assisted in winning approval for the state construction program to rebuild roads, bridges, schools and other public works over six years, and billions of dollars in tax and fee increases to fund it.

Republicans endorsed the need for infrastructure improvements and noted that gas-tax revenue must be spent on road building because of restrictions voters have placed on diversions to other expenses.

The Senate also approved a last-minute expansion of casino gambling in the state and legalized betting on sports events for the first time. Licensing fees and tax revenue from that initiative could produce up to $700 million next year for the construction plan.

The Legislature approved a constitutional amendment question that will appear on 2020 ballots asking voters whether they want to change state income taxation to a graduated structure with rates increasing with income. Separately, the Legislature sent to Pritzker varying rates that would apply if the new tax structure takes effect in 2020, topping off at 7.99% for single filers earning $750,000 or more.

Pritzker also has pledged to sign legislation to legalize recreational use of marijuana and an expansive statutory protection for abortion rights in the face of steep restrictions by GOP-led legislatures in at least a half-dozen other states.

Asked about the key to Pritzker's success, Cullerton said of the new governor, "He just really got along.

"He's really a nice guy, and he got along with Republican leaders as well as us and with our members," Cullerton said.