‘I left parts of my body in Iraq’: Duckworth rips into GOP rep who said Democrats ‘love’ terrorists

Democratic Sen. Tammy Duckworth, who lost both of her legs serving in the Iraq War, ripped into the top Republican on the House Judiciary Committee who has accu... 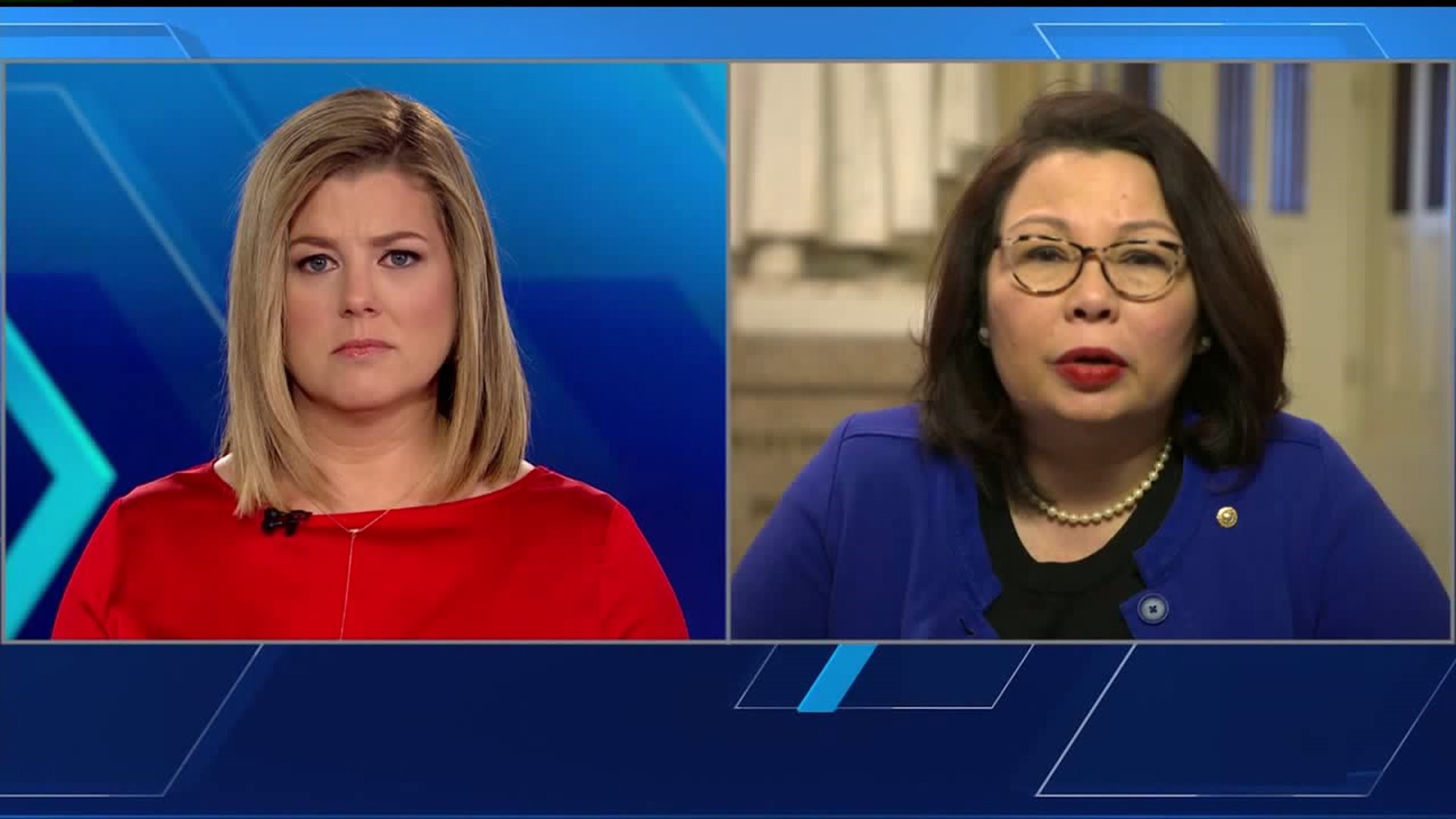 (CNN) -- Democratic Illinois Sen. Tammy Duckworth, who lost both of her legs serving in the Iraq War, on Thursday ripped into the top Republican on the House Judiciary Committee who has accused Democrats of being "in love with terrorists."

In an interview Wednesday on Fox News, Republican Rep. Doug Collins of Georgia also claimed, without evidence, that members of the Democratic Party mourn the recent death of top Iranian Gen. Qasem Soleimani more than they do fallen US service members.

No congressional Democrat has mourned Soleimani, whom US officials have blamed for the deaths of hundreds of Americans.

"I'm not going to dignify that with a response. I left parts of my body in Iraq fighting terrorists," Duckworth told CNN's Brianna Keilar on "CNN Right Now." "I don't need to justify myself to anyone."

Asked by Keilar what she thought about Collins suggesting members of her party mourn Soleimani more than fallen service members, Duckworth replied: "I'm disgusted. I would never, ever use Gold Star families, military men and women, or their families, as any pawn in any political game."

The comments from Duckworth come a week after the US killed Soleimani in a drone strike, sharply escalating tensions between the longtime adversaries. Responding earlier this week to the strike, Iran fired a number of missiles aimed at nearby US bases. Trump on Wednesday signaled a de-escalation of tensions with the country, saying at the White House that the country "appears to be standing down" following the missile strikes.

"No, I am not sad that this man is dead. I am glad that he's gone to meet his maker," Duckworth said on Thursday.

"But at the end of the day, because of the poor handling by the White House and the consequences of their actions ... American forces are now under greater danger of attack from Iran and other hostile forces in the Middle East."

The comments by Collins also drew rebuke on social media, including from Eric Columbus, a former senior official in the Obama Justice Department who pointed out that the congressman supports the President despite the fact that in 2016, Trump sparred with Khizr and Ghazala Khan, whose son died in Iraq in 2004, in a contentious back-and-forth.