Husband of beaten DCFS worker asks lawmakers to explain themselves

Bill never made it to the House floor 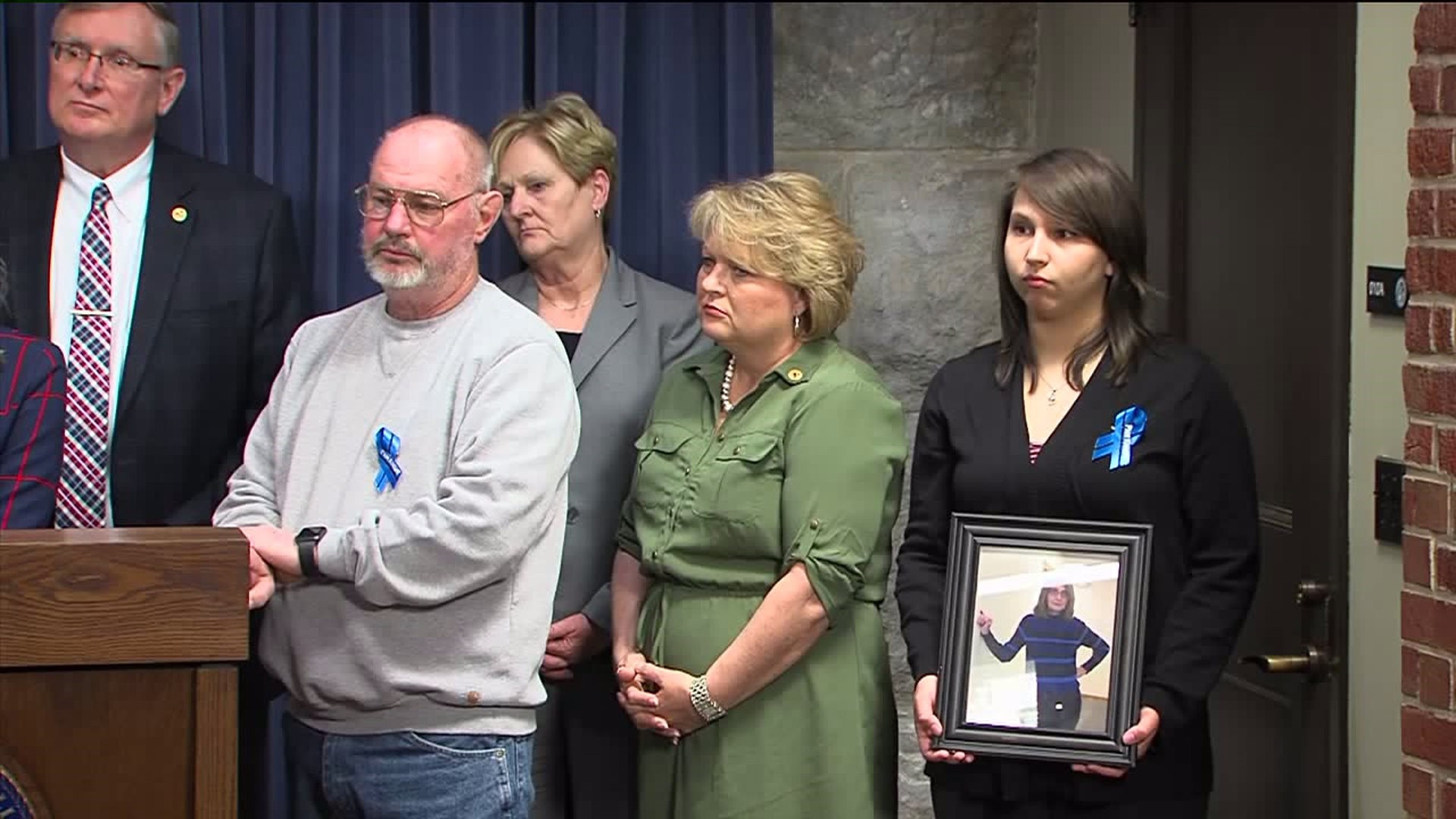 SPRINGFIELD, Illinois - The husband of a DCFS worker killed in the line of duty says he wants to know why lawmakers have not advanced a bill calling for harsher penalties who hurt DCFS workers on the job.

Don Knight, of Dixon, was in Springfield Tuesday in support of House Bill 4586.

The bill, co-sponsored by State Rep. Tony McCombie of Savanna, didn't make it  out of committee last week. McCombie has said the bill died, without discussion, because the Democratic majority says it isn't in line with their criminal justice reform.

"The ones that vote no on this, I would appreciate if they would send us a letter stating why they feel this not important for us to have in place," said Knight, who attended a news conference with McCombie, and other supporters.

"We've spent 7 months with the loss of Pam and I know she would want us to pass this bill," Knight said.

Investigators say Pam Knight was kicked in the head repeatedly last September while checking on the welfare of a 2-year-old child.

She died in a Chicago hospital in September.

The bill would enhance the penalty for injuring a DCFS worker to 4 to 15 years, much like a firefighter and police officer, boosting the charge from a battery to a felony aggravated battery.

"To send a strong message. Attacks on people who are carrying out the work of the people of the state of Illinois to help protect vulnerable children from situations of which they're in danger, that we stand with them and have no tolerance for those who commit violent acts against them, " said State Rep. Tom Demmer, a Dixon Republican.

"Over the course of the week, we've seen some politics at play with this bill. If any bill should be above politics, its this one," Demmer said.

State Rep. McCombie said there have been several other attacks on DCFS workers statewide. The bill, she says, would not deter crimes, but would ensure perpetrators receiver more than probation, and give "some sense of justice to victims and their families."

McCombie says there are at least 50 bi-partisan votes if the bill ever gets to the House floor, calling support for it, "a no-brainer."

"We're all here today, to ask for your help," she said.