Rather than robustly attacking the substance of the evidence investigators are accumulating, Republicans have focused on asserting that House impeachment procee... 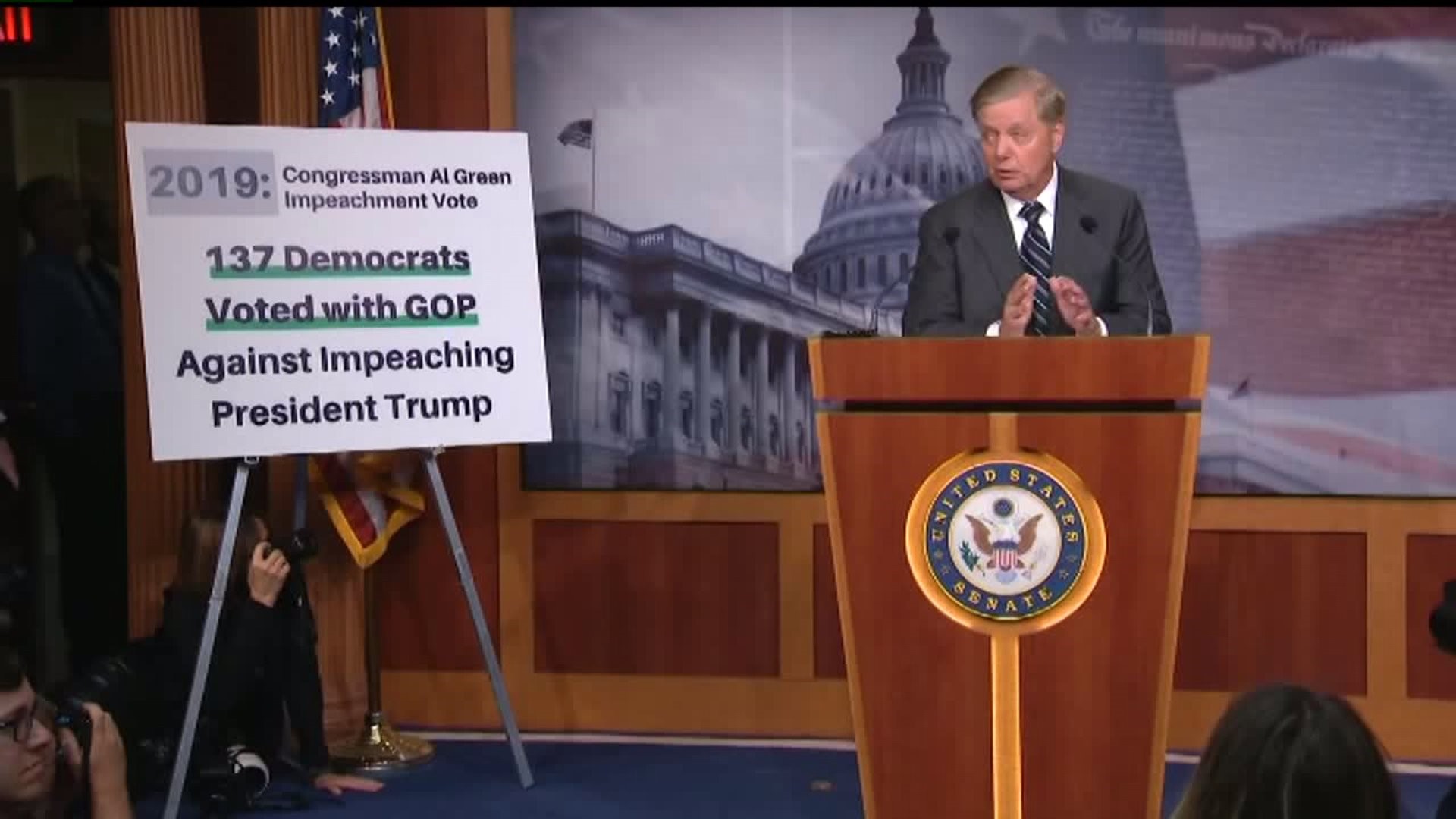 WASHINGTON (AP) — A leading Senate ally of President Donald Trump introduced a resolution Thursday condemning the Democratic-run House for pursuing an "illegitimate impeachment inquiry" and demanding that Republicans be given more chances to question witnesses.

The nonbinding resolution announced by GOP Sen. Lindsey Graham of South Carolina gives Senate Republicans a chance to show support for Trump at a moment when the president is urging his GOP allies to fight harder for him as the House impeachment probe gathers momentum.

Graham said the House process so far has been "a star-chamber-type inquiry" and accused Democrats of using it to damage Trump.

"If you can drive down a president's poll numbers by having proceedings where you selectively leak information, where the president who's the subject of all this is pretty much shut out, God help future presidents," Graham told reporters.

Rather than attacking the evidence investigators are accumulating, Republicans are asserting that impeachment proceedings have been secretive and unfair.

Rather than robustly attacking the substance of the evidence investigators are accumulating, Republicans have focused on asserting that House impeachment proceedings have been secretive and unfair.

With lawmakers from both parties present, House investigators have been questioning diplomats and administration officials behind closed doors for several weeks.

Democrats are expected to soon hold public hearings. Should the House vote to impeach Trump, both sides would be able to question witnesses during the trial the GOP-run Senate would then commence.

"Rather than stomp their feet in a fit of staged political theater, House Republicans — all Republicans — should join in getting all the facts," Schumer said.

Senate Majority Leader Mitch McConnell, R-Ky., is a leading co-sponsor of the measure. Asked about a vote, McConnell said earlier Thursday that Republicans are "discussing the way forward on that."

Later Thursday, Graham said 44 of the Senate's 53 Republicans had co-sponsored the resolution. That included two of the four GOP senators expected to face the most competitive elections next years: Thom Tillis of North Carolina and Martha McSally of Arizona.