The incumbent Mayor Carter won the primary race over challenger James Grafton with almost two-thirds of the total votes. 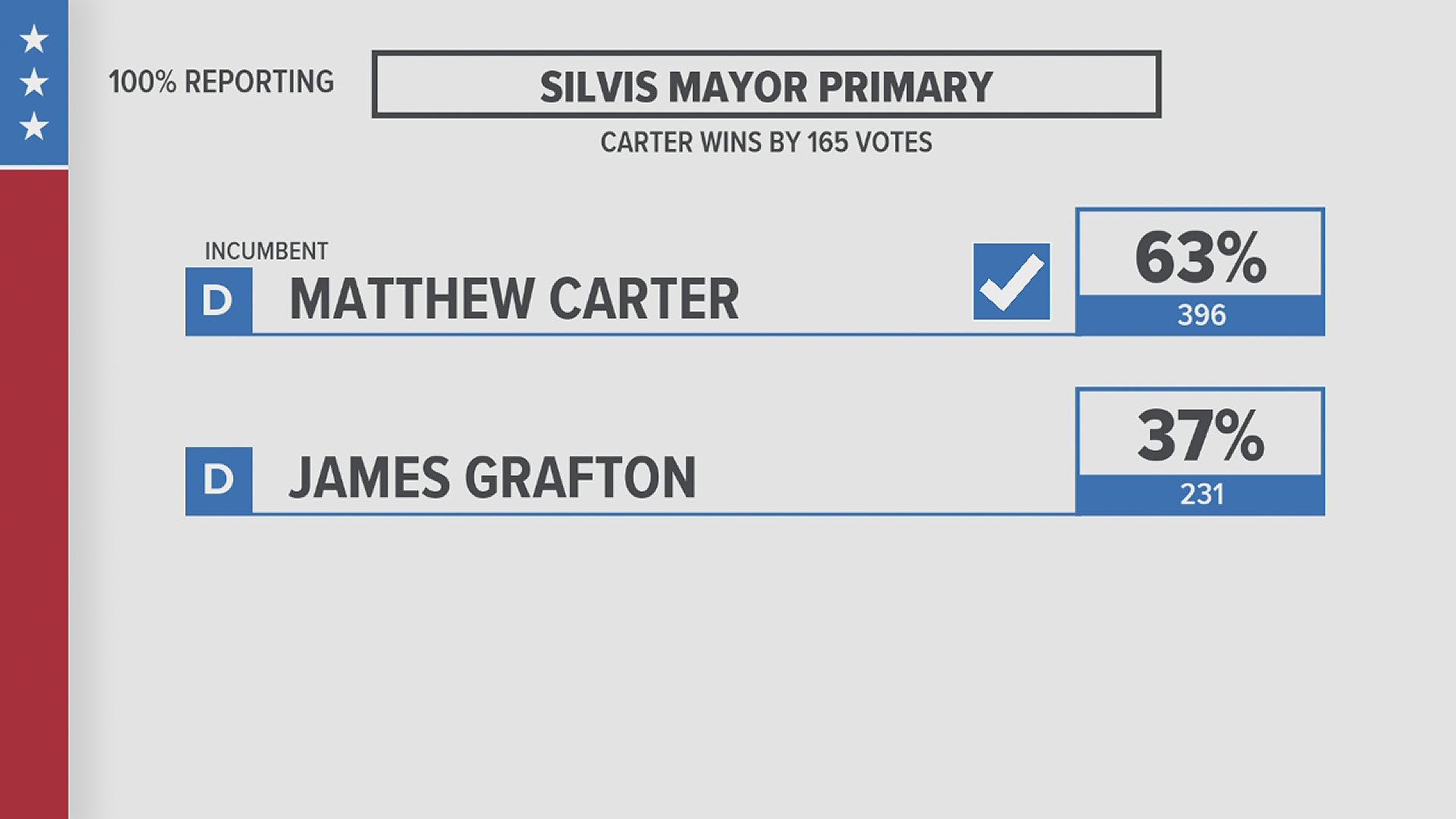 Mayor Carter has taken the Democratic Primary Election in an easy win over city administrator James Grafton, receiving about two-thirds of the total votes, finishing at 63% over Grafton's 37%.

After this win, Carter has become the candidate moving on to April 6 General Election, where he will be campaigning for a second term.

A primary election Tuesday, February 23 will determine which candidate will move on to the spring General Election to be held on April 6.

Grafton has been the city administrator of Silvis since 2001, according to his campaign Facebook page.

The polls are open until 7 p.m.