Sangeetha Rayapati voted in as Mayor of Moline 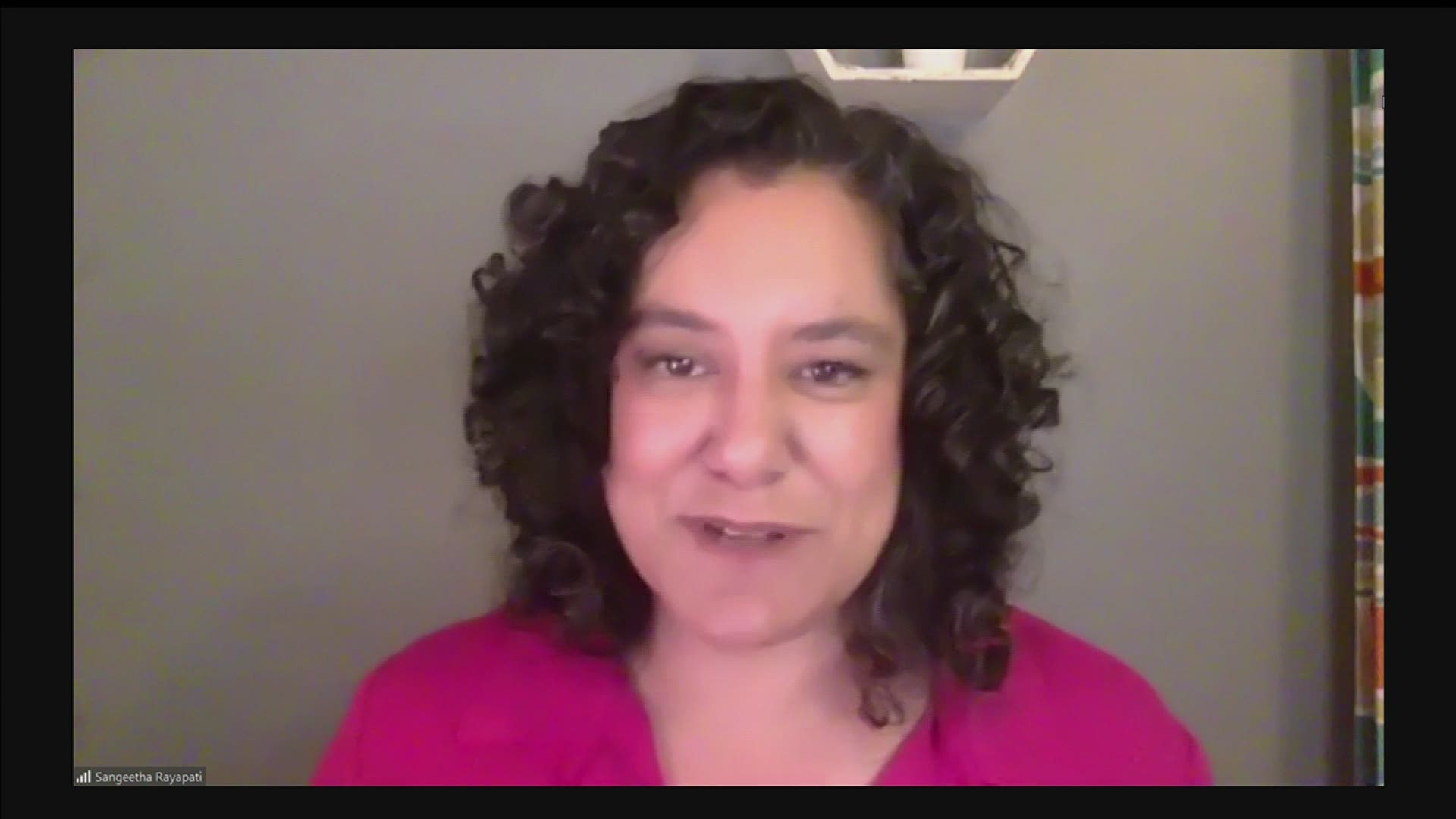 MOLINE, Ill — Voters in Moline decided to move City Hall in a different direction, and elected Sangeetha Rayapati to serve as mayor over incumbent Stephanie Acri.

Rayapati is a teacher at Augustana College and serves as the president of the Moline-Coal Valley School Board.  She has lived in the Quad Cities since 2001.

Unofficial results showed that Rayapati won with 61% of the vote. There were 6,319 votes cast.

On her campaign website, Rayapati said her plans for Moline are to "focus on people, possibilities and progress" by electing trusted leadership to connect with residents and set priorities, repair the city's reputation, improve community amenities, and prioritize economic development. 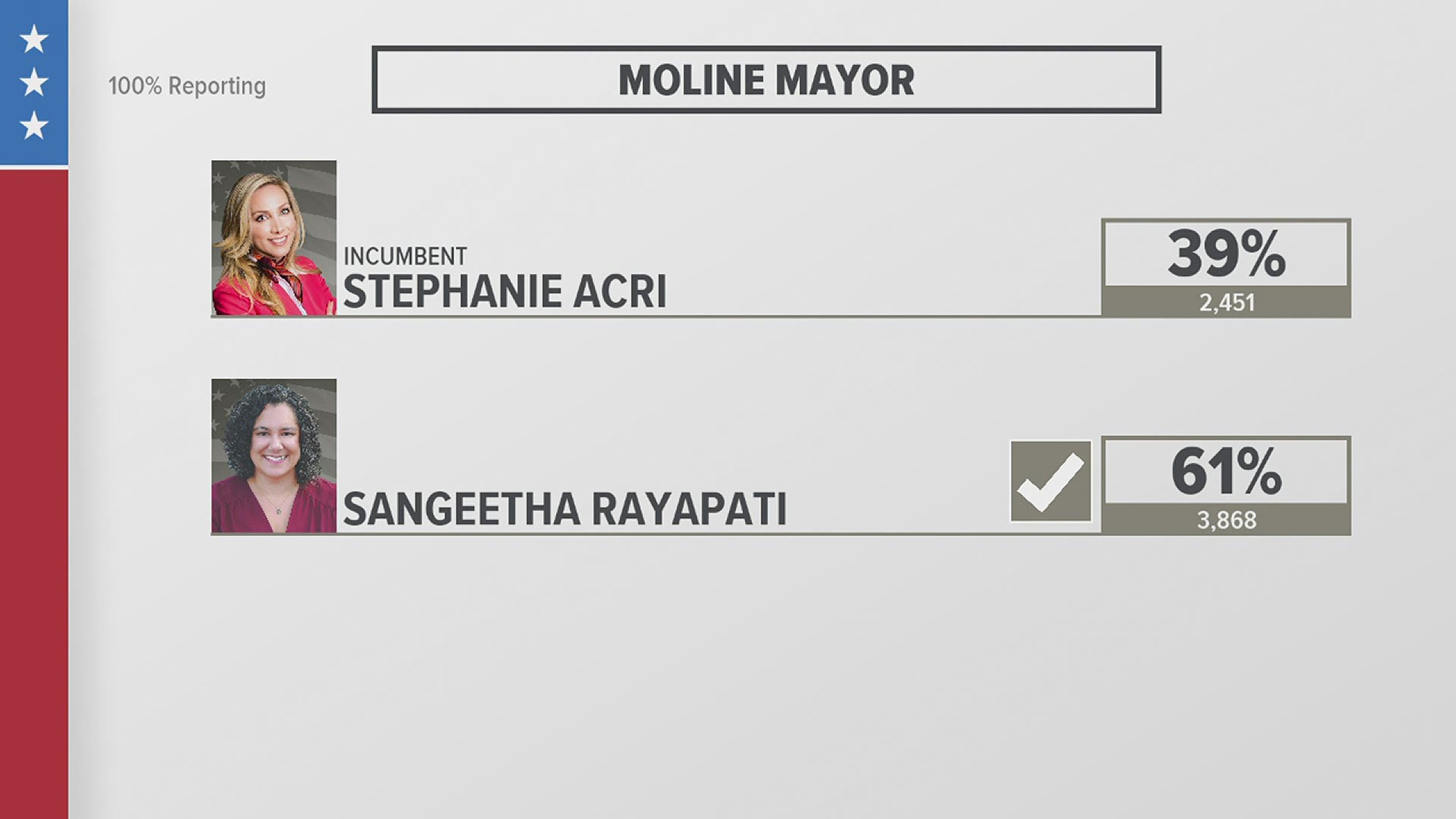