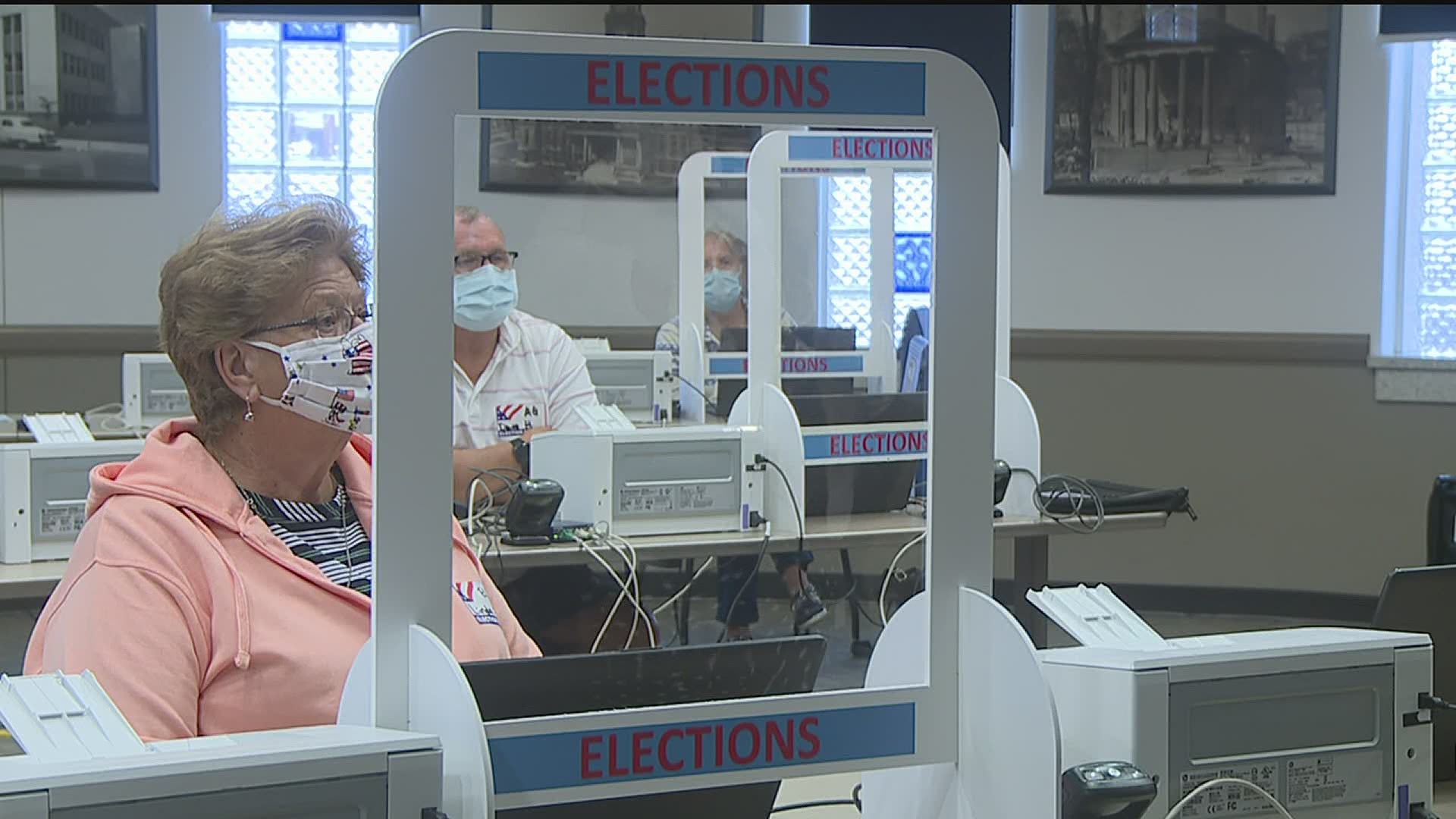 DAVENPORT, Iowa — Two area counties are preparing for the upcoming election differently. In Scott County fewer volunteers are needed to work the polls as more ballots are expected to come through the mail.  But Rock Island County says they are asking for more volunteers.

"I want to make sure everyone's vote counts no matter democrat, republican or independent," says Lyle Roseman. He's one of the few election chairs in Scott County this year.

She says for general elections she typically needs around 350 poll workers. But this year she says that number is closer to 250.

"Since we are expecting so many early requests and ballots being sent out, our poll workers won't be as much in demand."

Scott County has 35,000 requests for mail-in ballots so far.  Moritz says she anticipates two-thirds of the election will be early voters.

"Election judges are used to process the absentee," Kinney says. "We are swamped with absentee. We have 20,000 (mail-in ballot requests) so far and with more coming each day."

Kinney says some election judges won't sign up this year due to their age and the concern for COVID-19.  She will hire more high school students who are willing to learn.

Both Scott and Rock Island Counties are still taking applications for election judges.