Cruz defeats O'Rourke for US Senate seat in Texas

The incumbent's victory caps a contentious race whose developments blew beyond Texas's borders. 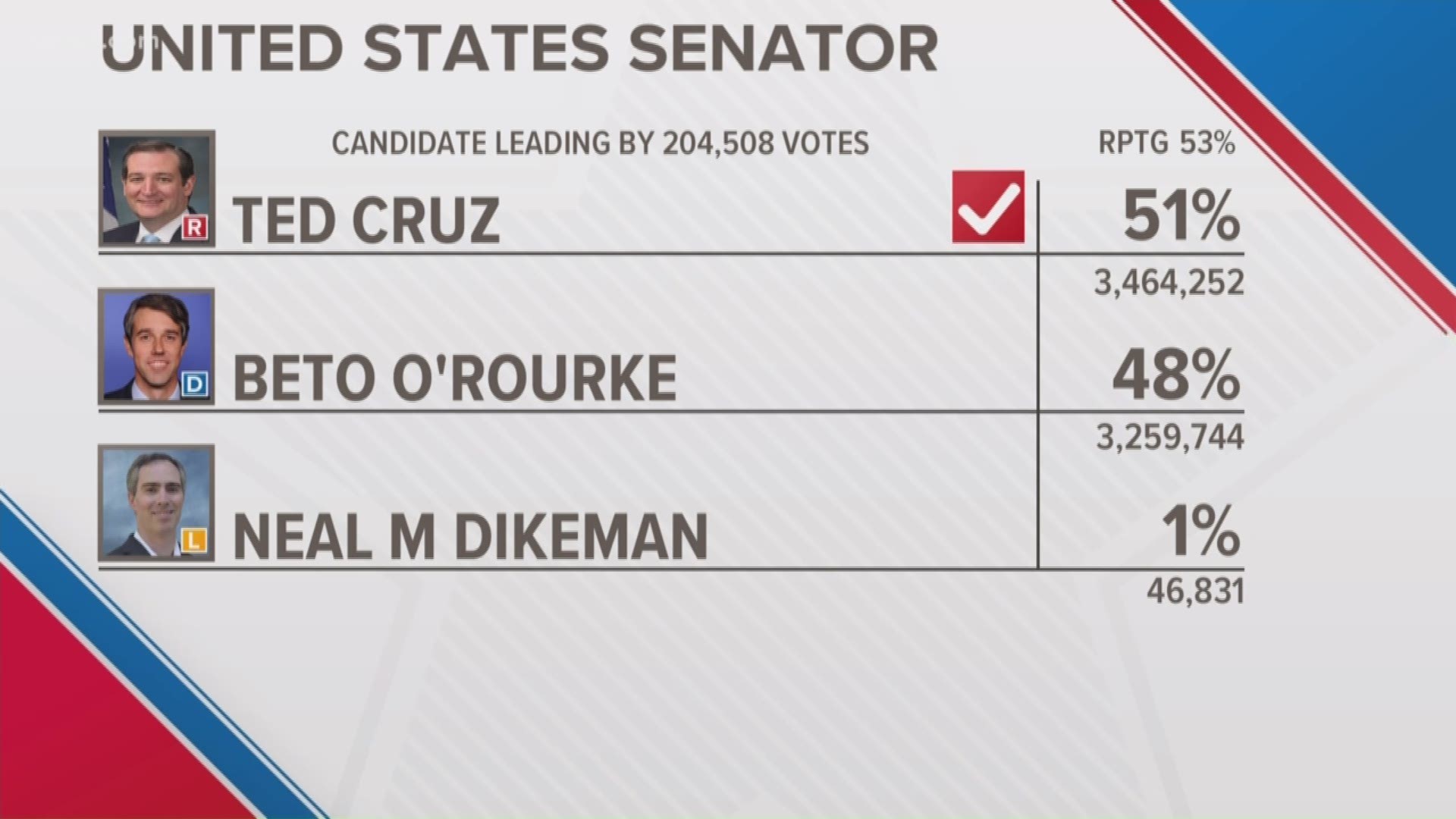 In a victory representing a staying of the course in a conservative state, U.S. Sen. Ted Cruz (R) defeated U.S. Rep. Beto O’Rourke (D) in a Senate race that became more of a battle than most would have predicted at this time a year ago.

Cruz will remain in the seat he was elected to in 2012, as Texans picked him to serve a second consecutive six-year term, the Associated Press and other outlets projected.

Consistent over the course of the incumbent’s campaign was appealing to President Donald Trump’s supporters, aligning himself with many of the commander-in-chief’s initiatives just a few years after facing off against him in on the campaign trail.

Those include the issue of birthright citizenship; two months before Trump hinted at a desire to end the practice, Cruz in August emphasized similar sentiments.

“Birthright citizenship as a policy doesn't make a whole lot of sense,” Cruz said while answering an audience question at a campaign stop. “I think we need to change that."

Cruz also campaigned on supporting Trump’s border wall initiative, and touted his having received an award from the NRA for safeguarding Second Amendment rights on his campaign website.

The race evolved into an unexpectedly contentious showdown, given the state’s recent history of consistently supporting conservative candidates. As recently as the end of October, Cruz was polling at only 3.6 points higher than his El Paso-bred opponent.

Many viewed O’Rourke’s campaign – in which he set a new bar for campaign fundraising in a U.S. Senate race – as the potential signaling of a changing political landscape in Texas. The race has garnered attention from all over the country in recent months, and high-profile national figures have weighed in in ways both subtle and not so.

Both U.S. Senate seats from Texas will remain red after Tuesday’s election. The Lone Star State hasn’t elected a Democratic Senate candidate in 30 years, and the clock will continue to tick as Cruz remains in office.