Iowa Congressman Steve King says he is owed an apology for backlash and outrage over comments he made about rape and incest. 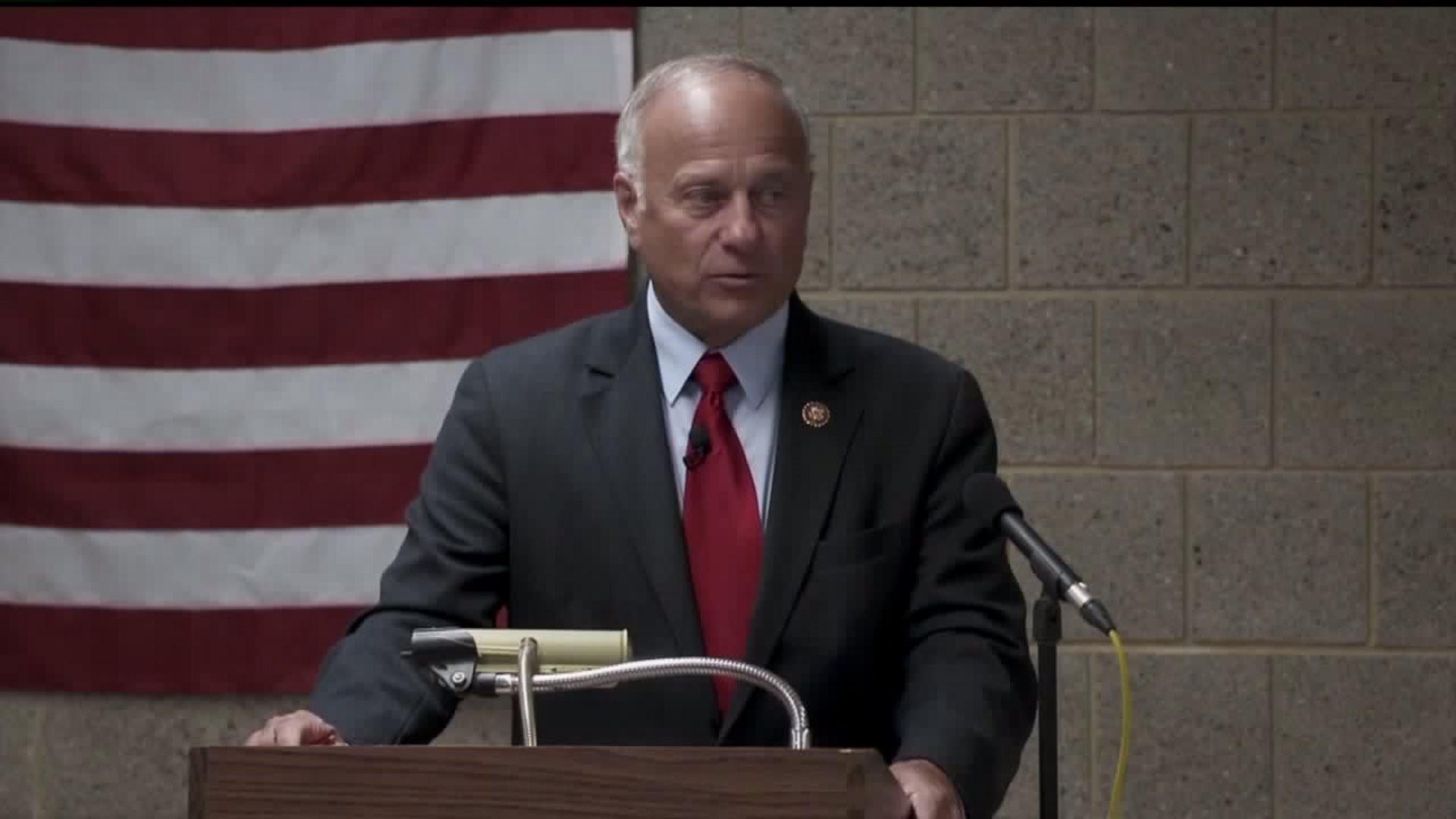 BUENA VISTA COUNTY, Iowa -- Iowa Congressman Steve King has spent the last week fending off social media backlash after comments he made about rape and incest went viral and sparked outrage. Now, the congressman says he is owed an apology.

King made the controversial comments while speaking to the Westside Conservative Club in Urbandale Wednesday.

“What if we went back through all the family trees and just pulled out anyone who was a product of rape or incest? Would there be any population of the world left if we did that? Considering all the wars and all the rapes and pillages that happened throughout all these different nations, I know that I can't say that I was not a part of a product of that,” King said Wednesday.

King was speaking on his views of abortion and went on to say he believes all life is precious and the circumstances of the parents are not the baby's fault. However, others say his comments undermine the victims of sexual abuse. King told people in his Buena Vista County town hall Saturday that the controversy stems from a misquote, and he wants an apology.

“Iowans are significantly more positive than they are negative, and they know it's a misquote and they know that the AP has, I'll say, retracted the quote that they initially used because they relied on the Des Moines Register who did the same. And so when we have a national, viral attack that comes down on a misquote, and it's absolutely proven, all the folks that did that attack, I think they owe me an apology, including my own leadership,” said King Saturday.

The AP did issue a correction the day after the story broke. They say they misquoted King when he said he knew 174 people who say they don`t want exceptions for rape and incest because they understand it's not the baby's fault.

However, others within the Republican Party say they don't appreciate his comments.

“Never ever is incest or rape OK. It's never OK. And I just wish we could stop with this. Let’s focus. Let's focus on the work that we have to do in Congress,” Sen. Joni Ernst said.