"Let’s agree that before we are anything else, we are Americans first," said O'Rourke Saturday. 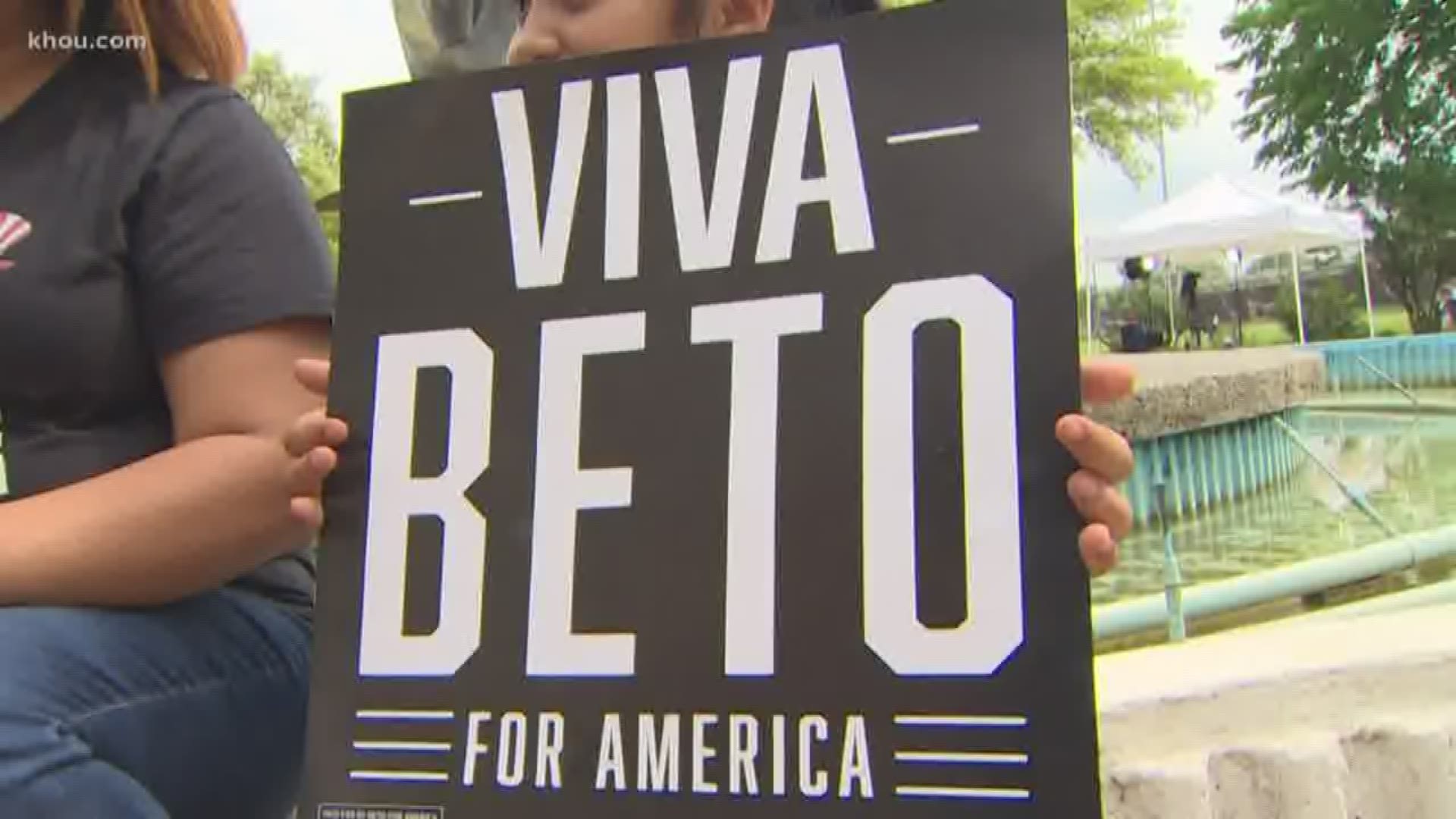 HOUSTON — Presidential candidate Beto O'Rourke officially kicked off his campaign for President of the United States with a series of rallies across Texas on Saturday.

He first addressed supporters in El Paso Saturday morning, then boarded a plane for Houston where he revved supporters who gathered on Texas Southern University to support the Texas native who says he's running a 'no-PAC' presidential campaign less than five months after losing a U.S. Senate race to incumbent Ted Cruz.

In a ball cap and a button-down shirt, O'Rourke touched on everything from climate change, to universal healthcare, student loan debt, a $15 minimum wage, investing in public education and ending the prohibition of marijuana.

He received cheers and applause from supporters when he said he wants to see universal background checks for gun buys, "let’s adopt them in every single state in this country for everyone.”

And when it comes to a ban on assault-style weapons O'Rourke said, "let's ensure that the weapons designed, engineered, sold to the United States military with the sole purpose of killing people as effectively, as efficiently, as great a number as possible, are kept on the battlefield and are no longer sold into our communities."

"And so, here today to say: I’m with you, Beto," said Vanessa Valdez a 24-year-old who recently moved to Houston.

"His message is for everybody," said Laury Goy of Cypress.  "It’s for every single person in America. It’s all about bringing America together, instead of divided."

O'Rourke's message is one Araceli Chapa drove in from Corpus Christi to hear with her two young daughters.  "We’ve been watching him on his live-streams."

After a failed senate race against Cruz in November 2018, the El Paso native posted a video online on March 14th announcing his candidacy for President.

O'Rourke reportedly raised $6.1 million in online contributions during the first 24-hours of his grassroots campaign for president.

"Let’s agree that before we are anything else," said O'Rourke, "we are Americans first.”

Who is running for president in 2020 so far?

How Beto O'Rourke stacks up against other Democratic presidential candidates

Beto O'Rourke's presidential run: What voters and analysts are saying

Who is Beto O'Rourke?