For his latest policy proposal, the Democratic presidential candidate returns to a cause he has championed since his days on the El Paso City Council. 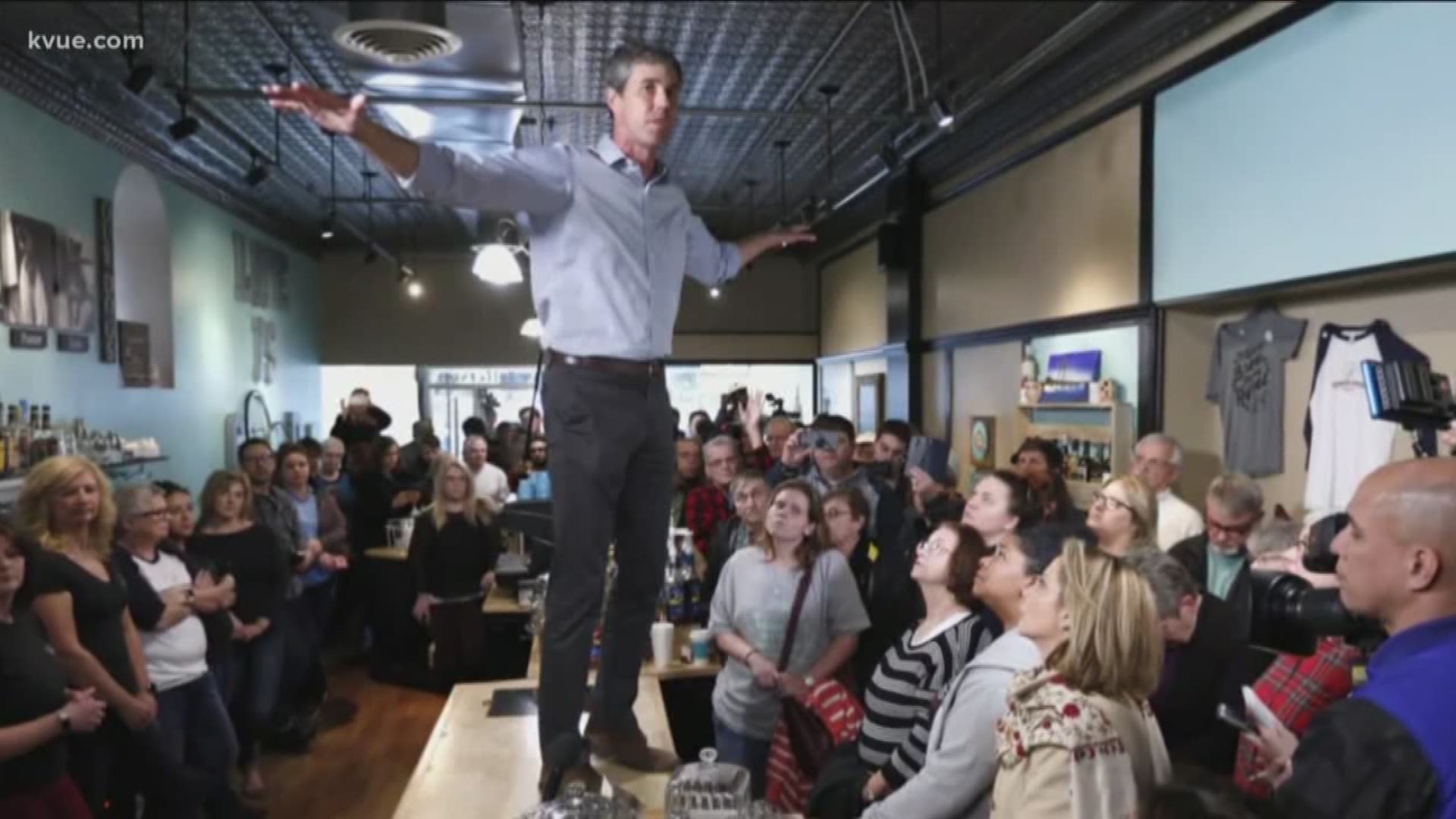 AUSTIN, Texas — The video above is related to how marijuana policing differs by city due to a new state law.

The former El Paso congressman also would push for a federal tax on the pot industry and put the revenue toward a "Drug War Justice Grant" for those formerly incarcerated for nonviolent marijuana offenses.

"We need to not only end the prohibition on marijuana, but also repair the damage done to the communities of color disproportionately locked up in our criminal justice system or locked out of opportunity because of the War on Drugs," O'Rourke said in a statement.

O'Rourke has long campaigned on legalizing marijuana and expunging the records of those who have been convicted of possession, though he not called for clemency until now. Another candidate, U.S. Sen. Cory Booker of New Jersey, has proposed clemency for over 17,000 nonviolent drug offenders.

In addition to using the president's clemency power to release those serving sentences for pot possession, O'Rourke would create a review board to consider clemency for other marijuana-related sentences.

The Drug War Justice Grant, meanwhile, would be distributed monthly to those previously locked up in state and federal prison for nonviolent pot offenses. Recipients would receive the grant "for a period based on time served," according to O'Rourke's plan.

The proposal also lays out a regulatory structure for marijuana like the one for alcohol, saying, for example, that the sale of pot would be limited to adults who can show ID. Another part of the platform emphasizes the need for victims of the drug war — disproportionately low-income people of color — to share in the growth of the new pot economy by waiving licensing fees for them, among other things.

O'Rourke's advocacy for pot legalization dates back to his tenure on the El Paso City Council in the 2000s. In 2011, he and a council colleague at the time, Susie Byrd, wrote a book that argued for ending the federal prohibition on marijuana.

O'Rourke unveiled the plan Thursday amid a trip to California focused on the criminal justice system that included a visit Wednesday evening to San Quentin State Prison. O'Rourke is scheduled to hold an "equity and justice roundtable" later Thursday morning in Oakland.

The pot proposal is O'Rourke's 13th major policy rollout, and it follows his recent plan to push the envelope on another issue: gun control. After the deadly shooting last month in El Paso, O'Rourke unveiled a platform that included mandatory buybacks for assault weapons, an idea that has sparked spirited national debate in recent days.

The Texas Tribune is a nonpartisan, nonprofit media organization that informs Texans — and engages with them – about public policy, politics, government and statewide issues.

After seeing 'inferno,' man jumps off Austin apartment balcony to get to safety

UFO videos posted by Blink-182 are real and never should have been released, Navy confirms

You can get paid $1,300 if you watch 13 Stephen King movies by Halloween