The El Paso Democrat traveled across Texas on Saturday, holding rallies in his hometown of El Paso, followed by Houston and finally Austin. 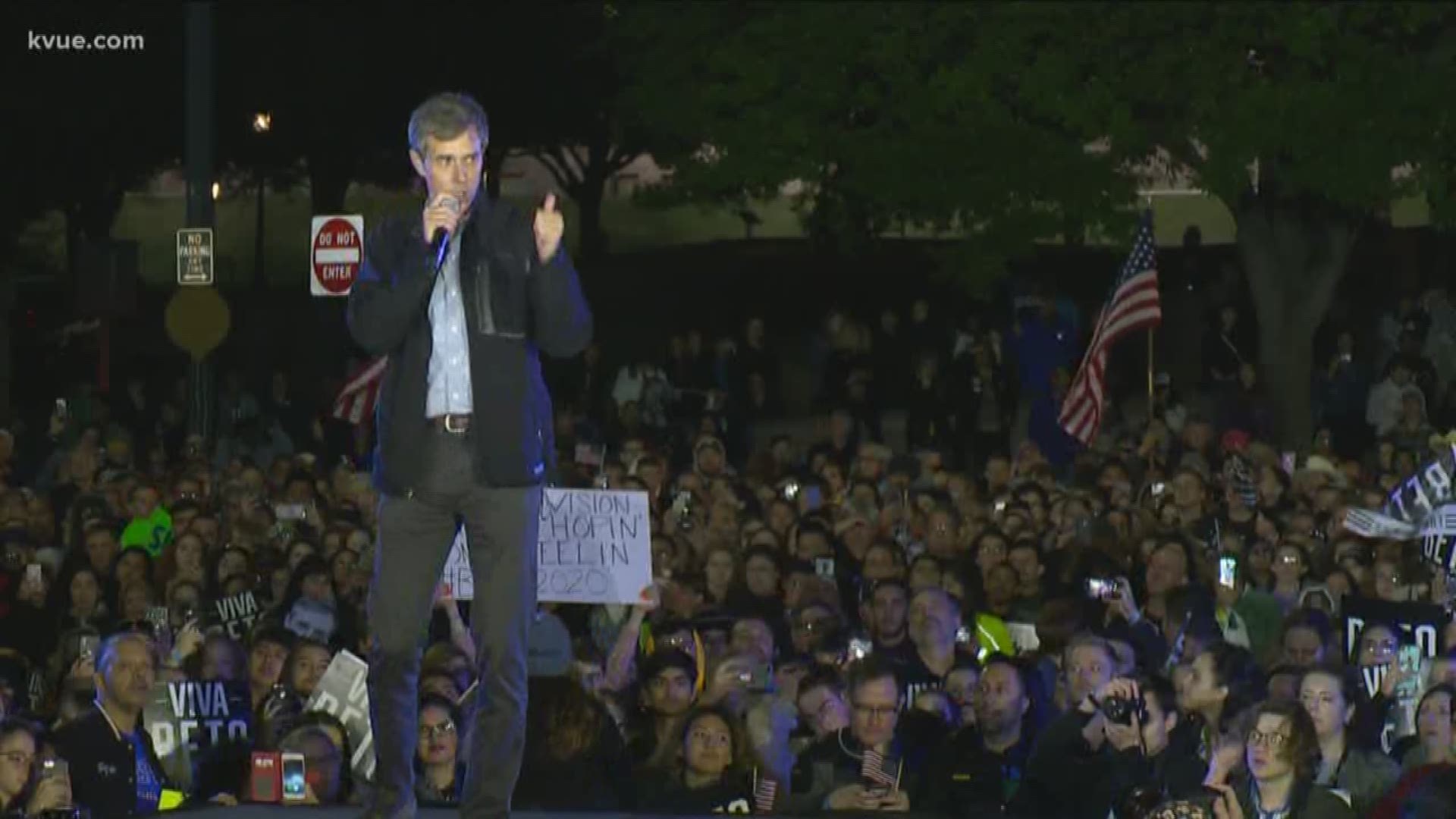 O’Rourke took the stage outside the Capitol in Austin at around 10:30 p.m., in front of a large crowd covering three blocks of Congress Avenue.

O’Rourke spoke in both Spanish and English and campaigned on a wide range of issues, including healthcare, women’s rights, criminal justice reform and the legalization of marijuana.

Before the event KVUE caught up with people in the area on their take on O'Rourke's chances in the race.

"He's energetic; he's generated an enthusiastic following; he obviously has demonstrated fundraising ability and he can make that argument that if he’s the nominee that he brings Texas to the table," said Dr. James Henson, director of the Texas Politics Project at the University of Texas at Austin.

"He's taken positions on the issues, but his main argument is not a policy argument; it's an approach and a personality argument and that's tough in a crowded democratic field."

In that field is a lengthy list of Democratic candidates and O'Rourke isn't the only Texan. Former secretary of Housing and Urban Development and mayor of San Antonio Julian Castro is running.

KVUE also spoke with representatives with both parties on their take on the rally Saturday night and O'Rourke's chances in the race.

"He has the authenticity factor that's the biggest thing going for him," said Abhi Rahman, communications director for the Texas Democratic Party. "Voters want somebody they believe is actually telling them what they believe. They want to be able to connect with the voter and that's what Beto definitely has going for him."

"He may not perform as well, and he may perform better than we think, but we do think that with the national attention he's going to look a lot worse than he did in Texas as the Democrats' flagship," said communications director for the Travis County Republican Party Andy Hogue.

Beto supporters came in out in numbers cheering each time O'Rourke talked about a stance on a policy. But hearing a more concrete stance on certain policies is what some supporters wanted Saturday night.

“Everybody, all the candidates, are starting to make their landmark cases, and so I want to see what he brings to the table up close and personal, because we all know he’s charismatic but if he can bring some policy to the table that’s what’ll be able to separate himself," said Travis Clark, who was at the rally.

"It’s rallies like this that he’s going to speak on his policies and speak on what he is actually standing for, instead of just going to his website and reading those things," said Chelsey Medina, who was at the rally.

RELATED: 'Beto for America Launch' rally to be held in Austin