Police rescued an unconscious person from a burning home by pulling him through a window. 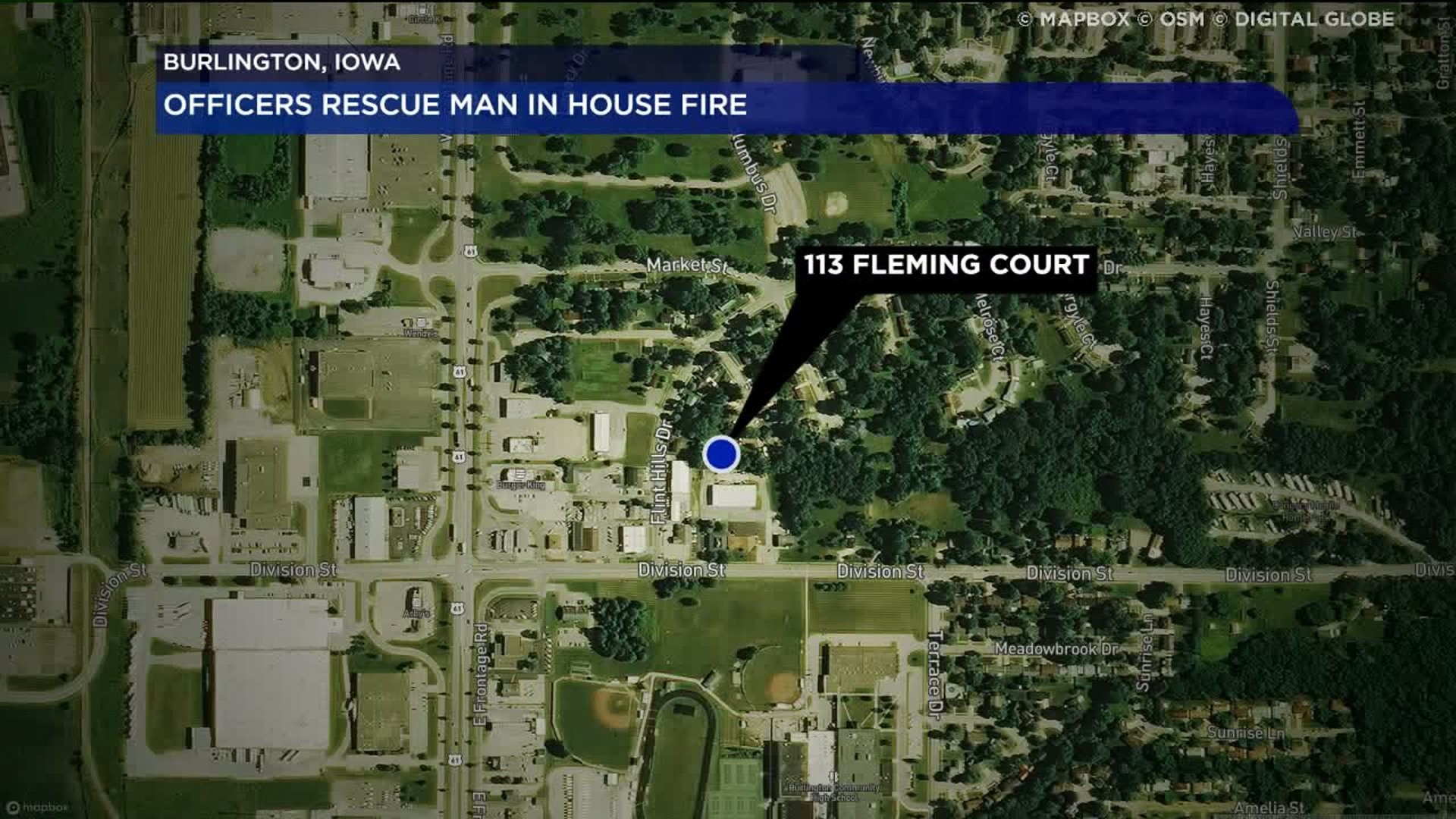 BURLINGTON, Iowa -- Police rescued an unconscious person from a burning home by pulling him through a bedroom window.

The rescue happened around 4 a.m. on Thursday, January 9 after a house fire was reported in the 100 block of Fleming Court in Burlington, according to Fire Marshal Mark Crooks.   It took three officers to get him out.

The unconscious man was treated at the scene before being taken to a local hospital for more care, said Crooks.  He was later transferred to Iowa City for more care, but was expected to recover from his injuries.

Investigators found that there was a heating element inside a dog dish outside that started the fire, according to Crooks.  An outside wooden deck is what caught on fire first; flames then spread up the side of the house and into the attic.

Crooks said the man inside was asleep when the fire started.  Once he awoke, he attempted to help police find a rescue route before ultimately becoming unconscious.

Firefighters got the flames under control in about a half hour, containing the fire to the back outside of the house and the attic above the kitchen, said Crooks.

There were no working smoke alarms.