Shirley Chu has provided thousands of meals for area first responders and hospital workers on a weekly basis at Tres Café in Galesburg. 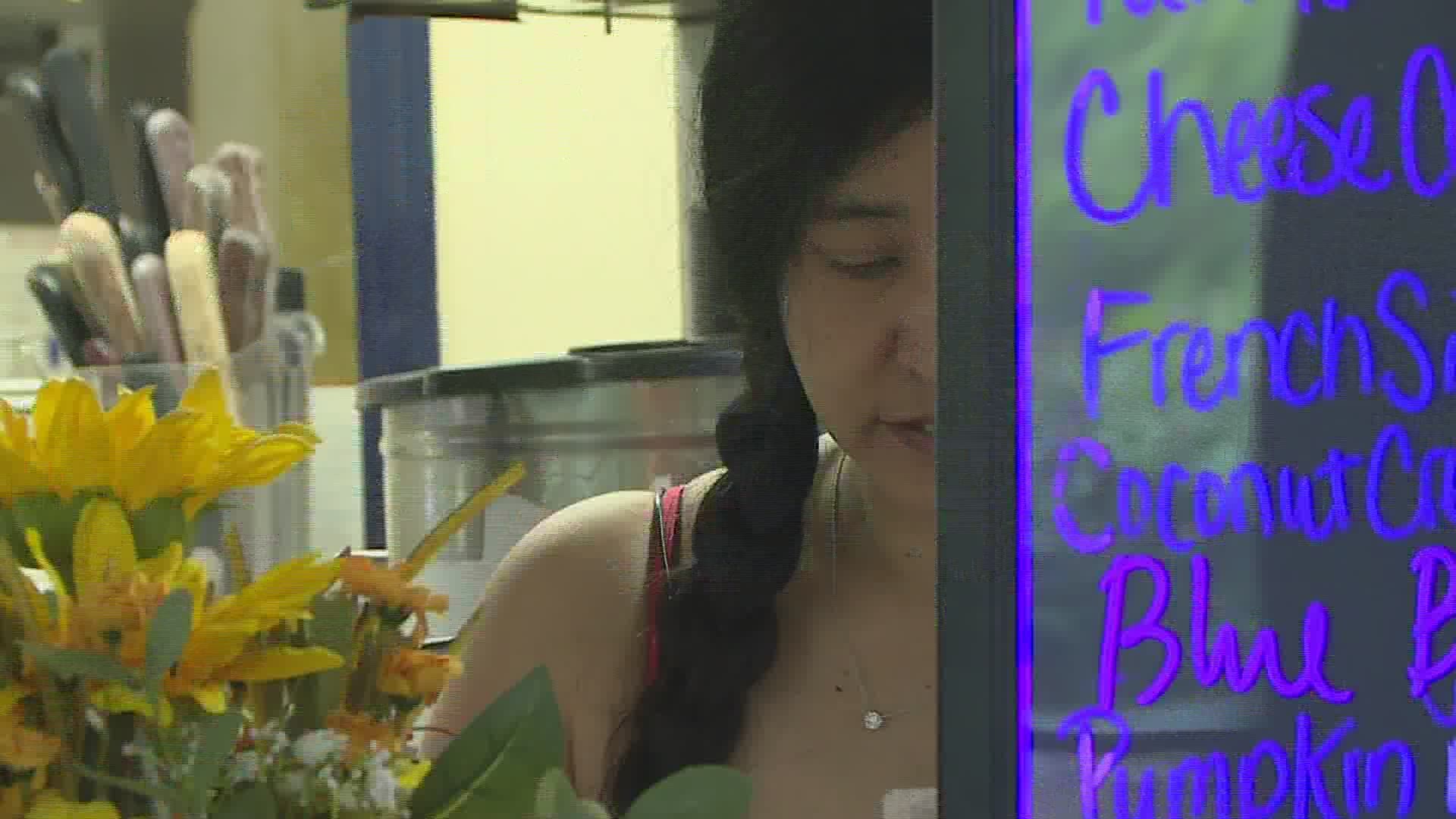 GALESBURG, Ill. — A Galesburg woman is giving back in her community to make sure people don't face the same struggles she went through growing up.

Shirley Chu, Pay It Forward nominee, stepped up during the start of the coronavirus pandemic to show appreciation for the work of frontline workers through her family restaurant in Galesburg.

"We thought maybe it was a temporary thing, but she's still doing it," James Williams with Galesburg Hospitals' Ambulance Service said.

"I always call them the silent heroes," Chu said.

"Every time I come over to get our big breakfast, Shirley's got to give me a big hug," Williams said.

She expanded her free meal donation program in the thick of the pandemic by also giving to local youth groups, mail carriers and food pantries.

"We're a small, local restaurant, but we do have a big heart," Chu said. "Having one meal in one day cannot be comparable to not having meals for seven days."

Chu is from the Philippines and she faced many times of going hungry while growing up.

"I always tell everybody, I came from a very poor country," Chu said.

Cathy Lovitt, Pay It Forward nominator, said she is always amazed at the efforts by Chu when she eats at the restaurant every week.

"She just does so much for the community and it's just hard to show thanks and gratitude for what she does," Lovitt said.

"Cathy, thank you for nominating Shirley for the Pay It Forward Award," Lindsey Osborne with Ascentra Credit Union said. "With she and her restaurant donating meals to those in need in the community and first responders and youth groups, really represents Ascentra's motto of listening, caring and doing what's right, so on behalf of Ascentra and WQAD, I'd like to give you this $300 so you can pay it forward to Shirley."

"On behalf of WQAD and Ascentra Credit Union, I'm giving you this $300 for all that you do for the community and the customers," Lovitt said to Chu.

Chu said she just wants to make sure others don't go without.

"From the dishwasher, all the way to the server, it's not just me," Chu said. "I've suffered from being hungry before and I think having that experience gave me that hope that I think I can change something here."

The restaurant has given out nearly 20,000 meals since the start of the pandemic. The program is mostly funded with the help of tips. Chu said she will keep it going as long as she can.

Tres Café is located at 1135 Lincoln St. in Galesburg.