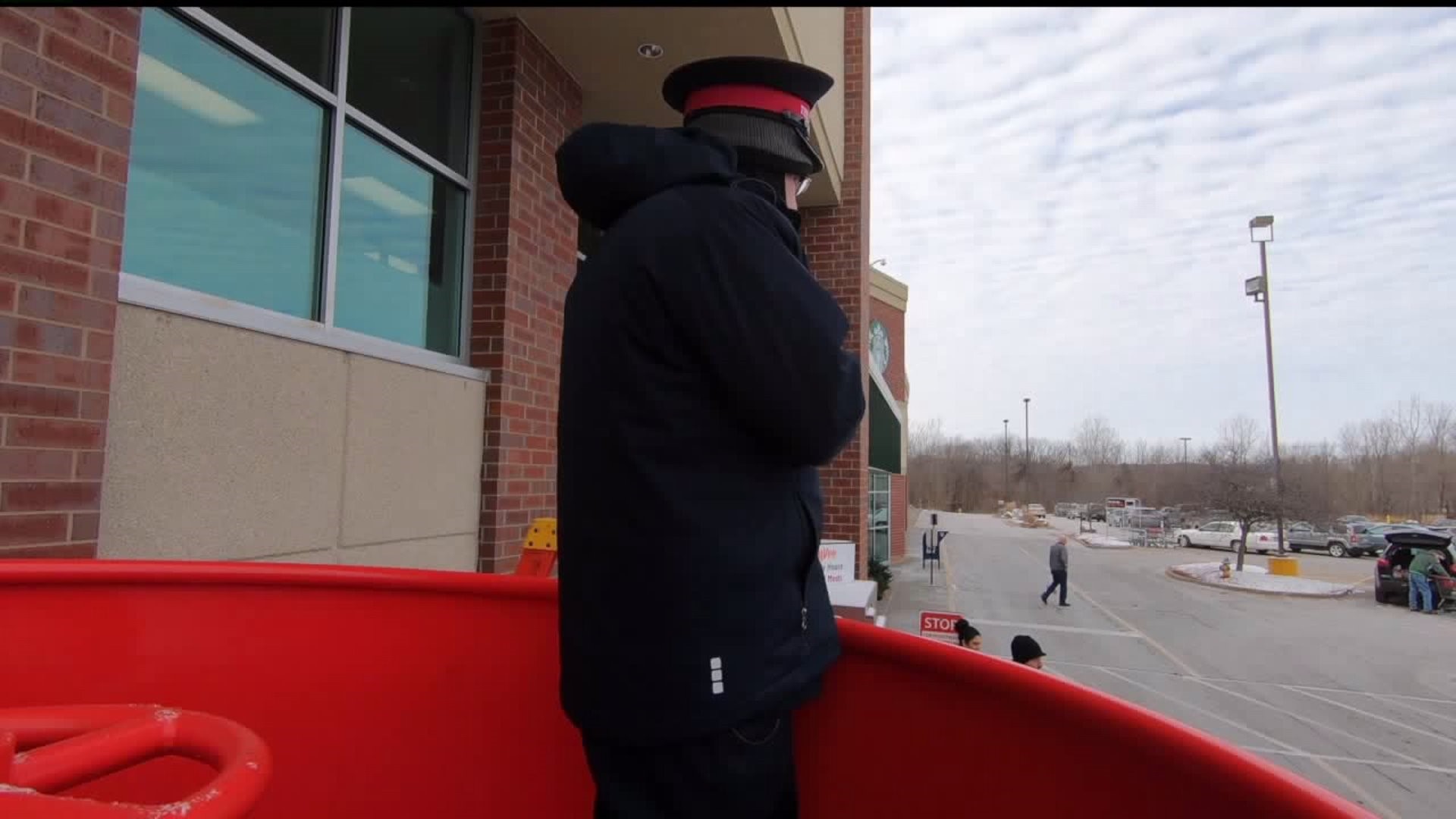 UPDATE: The Salvation Army in Muscatine is more than $100,000 short of their goal for the 2019 Red Kettle Campaign.

On Friday, December 20, he was asking for people to consider donating $20 apiece to help them reach their goal.  Greg Bock continues to camp out in the kettle.

Day one and its only 20 degrees but the cold weather isn't holding Lieutenant Bock back.

The Muscatine County Salvation Army needs to raise nearly $129,000 in the next six days for its Red Kettle campaign.  So from today until Christmas, Greg will be living on this kettle.

Food insecurity, homelessness and the cost of living is an issue in the Quad Cities.

Stationed outside the Muscatine Hy-Vee  at 2400 2nd Avenue his mission has the store's full support.

As of today, they've only raised $51,000. Lieutenant Bock says he will only be coming down on Christmas day but if they still haven't reached their target he will be going back up on the kettle.

To donate head to the Muscatine Hy-Vee at 2400 2nd Avenue.