A Burlington man has been arrested and police are still looking for another after a police chase through Henderson County. 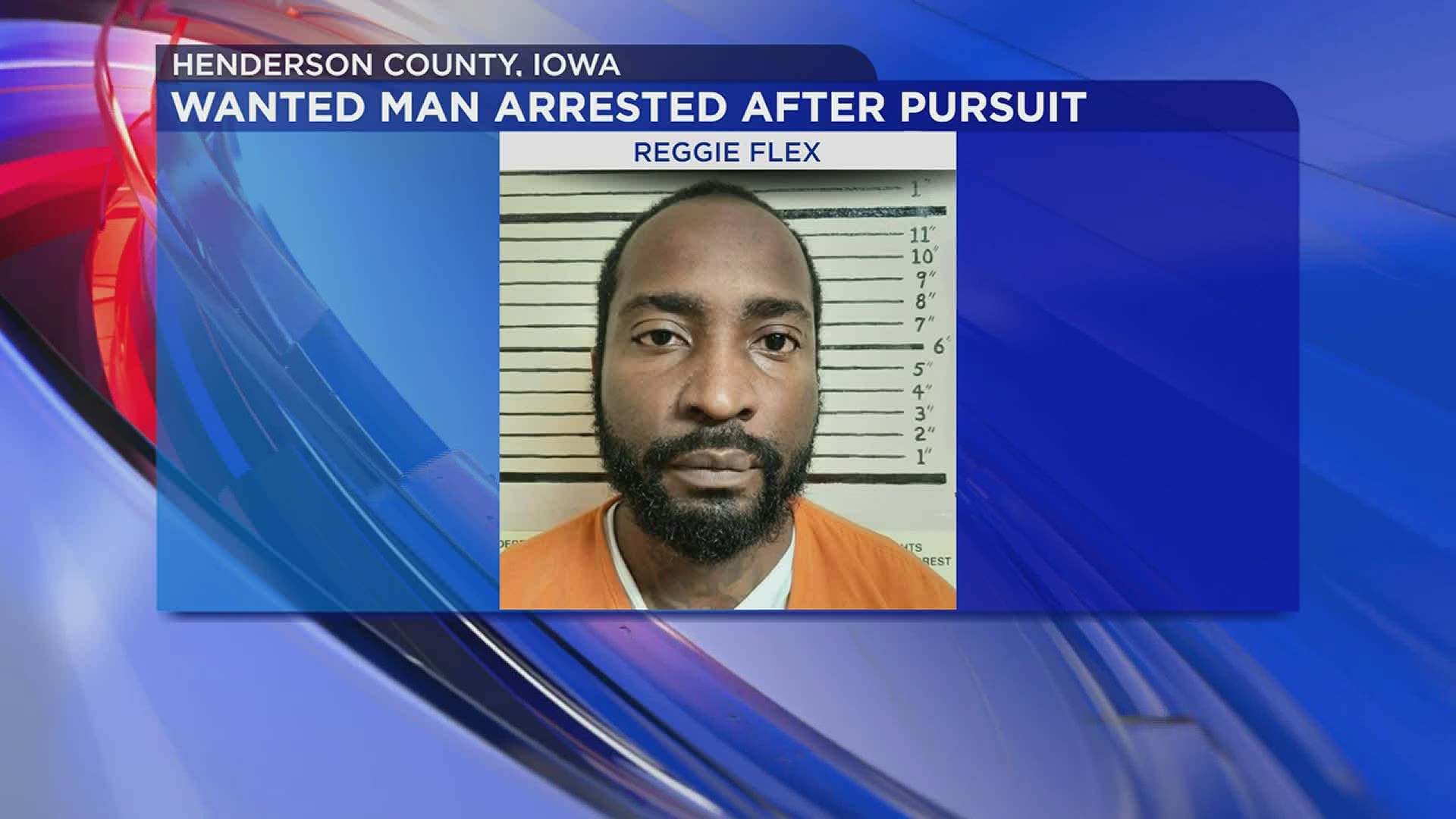 HENDERSON COUNTY, ILLINOIS, Ill. — A Burlington man has been arrested and police are still looking for another after a police chase through Henderson County.

Sheriff Donald Seitz says his deputies arrested Reggie D. Flex, 30, of Burlington on a no bond, out of state warrant for possession of a controlled substance.

According to the sheriff, Flex was a passenger of a car involved in a pursuit, that started in West Burlington and ended in Henderson County.

The driver of the vehicle fled into a cornfield and escaped.

Police say he was described as a black male, wearing a red shirt and baseball hat.

"A special thank you to Delbert Thompson III from Oquawka Boats, Paul Gavin from Beck's Seed, and Nathan Harden from Harden Family Trucking for their use of drones. Sheriff Seitz would like to also thank anyone we have failed to mention for their assistance. It is great to see the community help our Deputies."