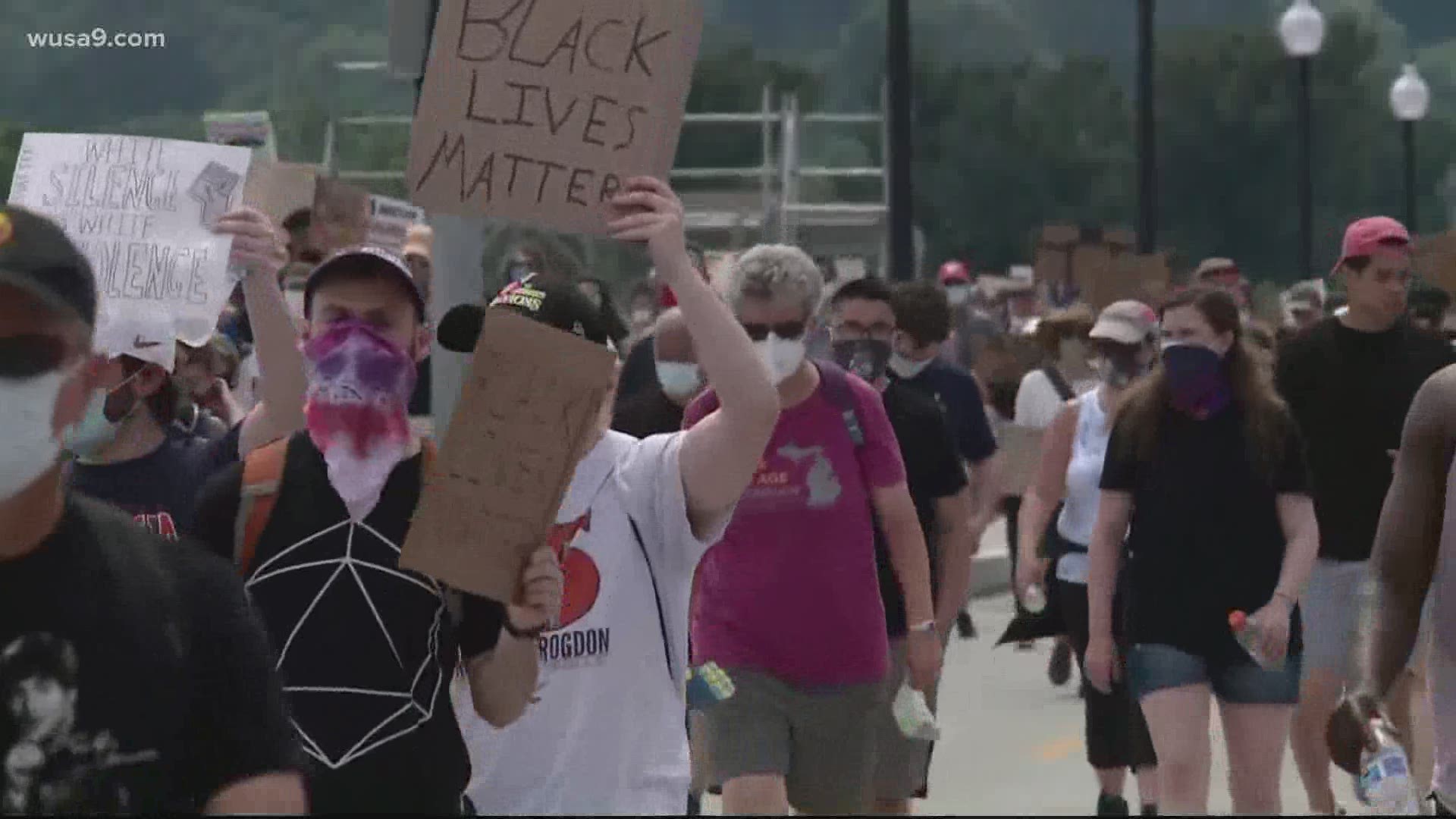 WASHINGTON — Following days of protest and crowds gathering around the District after the death of George Floyd, conversations transitioned on Sunday to what could lie ahead for the movement.

Many protesters have called for greater accountability of police and for public safety funding to be better utilized or allocated to other areas.

At the African American Civil War Memorial on Sunday, organizations and local leaders gathered to call attention to the issues and galvanize others into joining their causes.

"We have to have ongoing conversations and actions so it’s not just one event here and one event there," said National Black United Front leader Salim Adofo, who helped organize the gathering. "We try to use these times that happen to mobilize folks when the energy is high.”

Rachael Payton, the founder and president of BeGreatDC, addressed several topics, including the need for the black community to fill out census forms.

"The census is critical. It is important. We are historically an undercounted population," she said. "We are losing out on thousands of dollars that can go out in the community."

Several speakers called on the white community to do their part by taking action, including by hiring more diverse employees.

"Being anti-racist is not enough," Payton said. "We need you to be anti-white supremacy. You cannot renounce your white privilege, but you can use it to change the system."

The National Black United Front highlighted the city's budget, saying funding for the police department could be better utilized around the district.

"It’s not just about policing. It’s do we have adequate hospitals east of the river? Do we have the right amount of funds going into the education of our children?" Adofo said. "Anything we can do to change the landscape of how much money is put into policing and put that into some spaces that can be used for violence interruption, that can be used for health care, that could be used for mental health."

Several candidates for city positions spoke at the event.

Multiple groups addressed the need for others to register to vote and to show up at the polls for Election Day in November.

Moving forward, Adofo said it was critical for the community to keep pushing for change.

"Sometimes the momentum gets high and the people burn out," he said. "It’s important as organizers and leaders that we can keep that energy going."