Football games will look more spaced out in the stands, and that includes the student section. Here's the plan: 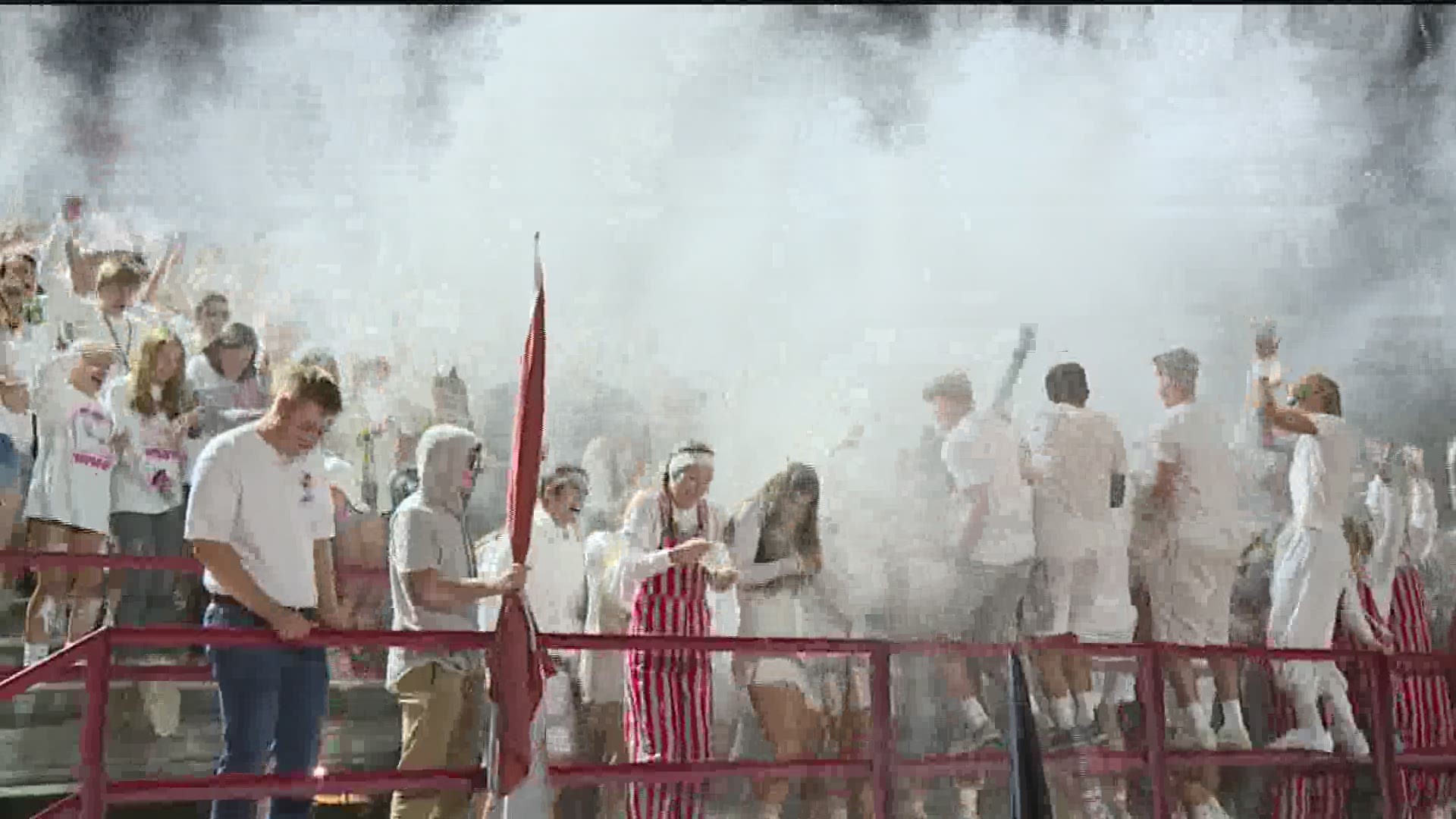 ELDRIDGE, Iowa — Friday night is some of the first high school football games of the year in Iowa. But how will crowds of parents and students be monitored? North Scott High School says they have a plan to keep their games and fans under the Friday night lights.

For the North Scott Lancers there will be no limit to the number of people in the stands at home football games.  But fans will have to sit every other bleacher, including the student section.

"This is the trial run, absolutely," says Athletic and Activities Director, Jason Schroeder. "The big thing is when you come in you have to have a mask and it has to stay on."

The North Scott Athletic Boosters say crowds need to follow the rules; if they don't they won't be able to fund anything in the future.

"We really need this one to go off to be able to fund next year's wish list items for the teams," says Kara Kemmerer, North Scott Athletic Boosters Treasurer.

With no spring games the boosters lost almost $12,000.  They say football is their biggest money maker and they need crowds to follow precautions.

"Limiting tickets and leaving our community out is not what we want to do at this time," says Schroeder.

The Athletic Department also says they are getting more bleachers and will bring out lawn chairs to space out crowds.

For fans who want to watch the game from home they can live stream them online.

The concession stand will also look different this season. Food like burgers, hot dogs, and popcorn will be prepackaged.  Nachos will be off the menu this year.

The North Scott Lancers take on the Muscatine Muskies for their home opener on Aug. 27.