“I don’t know what to think of the fact that he got expelled,” Charlie said. 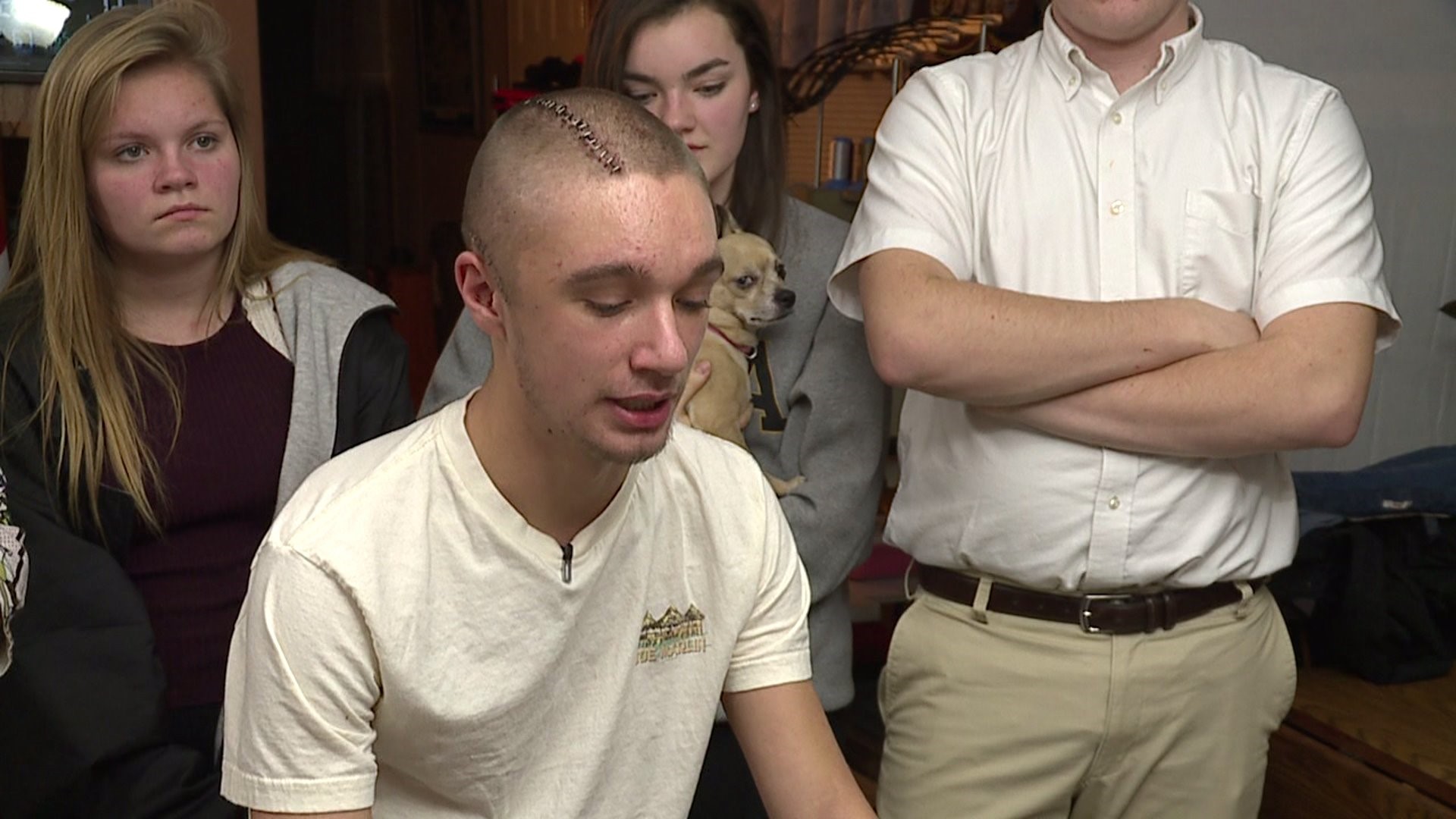 DAVENPORT, IOWA  --  A Davenport West High School student charged with assaulting another student in the cafeteria is now expelled.

The student is expelled until at least the fall of 2022 following the Nov. 4 attack on a fellow Davenport West High School student later identified as Charlie Macaluso.

Charlie spoke with News 8's Lauren Jackson in an exclusive interview and says he doesn't think the other student should have been expelled.

"I don't know what to think of the fact that he got expelled," Charlie said. "In my mind, it is a bit far. I would have been fine."

Charlie's mother, Theresa Wallenhorst, said they were not notified by the school or the board of the student's expulsion.

Charlie had to have brain surgery after the attack. He now has 46 staples in his head, but they will be removed before he returns to school on Monday.

"I'm not so nervous to go back," Charlie said.

Charlie says the the attack was the result of a picture that he took of the other student for a school project. He says they were friends.

"We were cool enough for him to let me take a photo," Charlie said. "We were some what close before this. All I really care that people know is that I had no intent to hurt him. I want people to know that I wasn't trying to harm him."

"It was posted for 10 to 15 minutes and he told me to take it down and I did and I apologize," Charlie said. But, the photo circulated the school, and the expelled student's parents say he was being bullied for the photo.

"Yeah, I took the photo and yeah it was out of range on my part, but I didn't throw any context on it," Charlie said. "I didn't bully him with the photo myself."

Charlie says he didn't know the cafeteria attack was going to happen and that no one warned him.

"I didn't know he was stressed," Charlie said. "No one had told me. I was blindsided. I thought they were my friends and they smiled while they filmed it."

Charlie says he has not spoken to any of the students who recorded the attack. But, says he would like to talk to the expelled student.

"If it would help," Charlie said. "If it would clear things up on both of our parts and it would be positive for both of us. I would love to sit down and try to talk to him. I do feel kind of bad for him."

Charlie and his family are meeting with the school on Friday, November 15th, 2019 to discuss a plan for his return to school. The expelled student is facing charges of aggravated assault and willful injury.