Mbanzamihigo Ibrahim is from Tanzania, he says "I faced a lot of struggles." Also known as Abe, the 23-year-old is one of many refugees living in Rock Island. 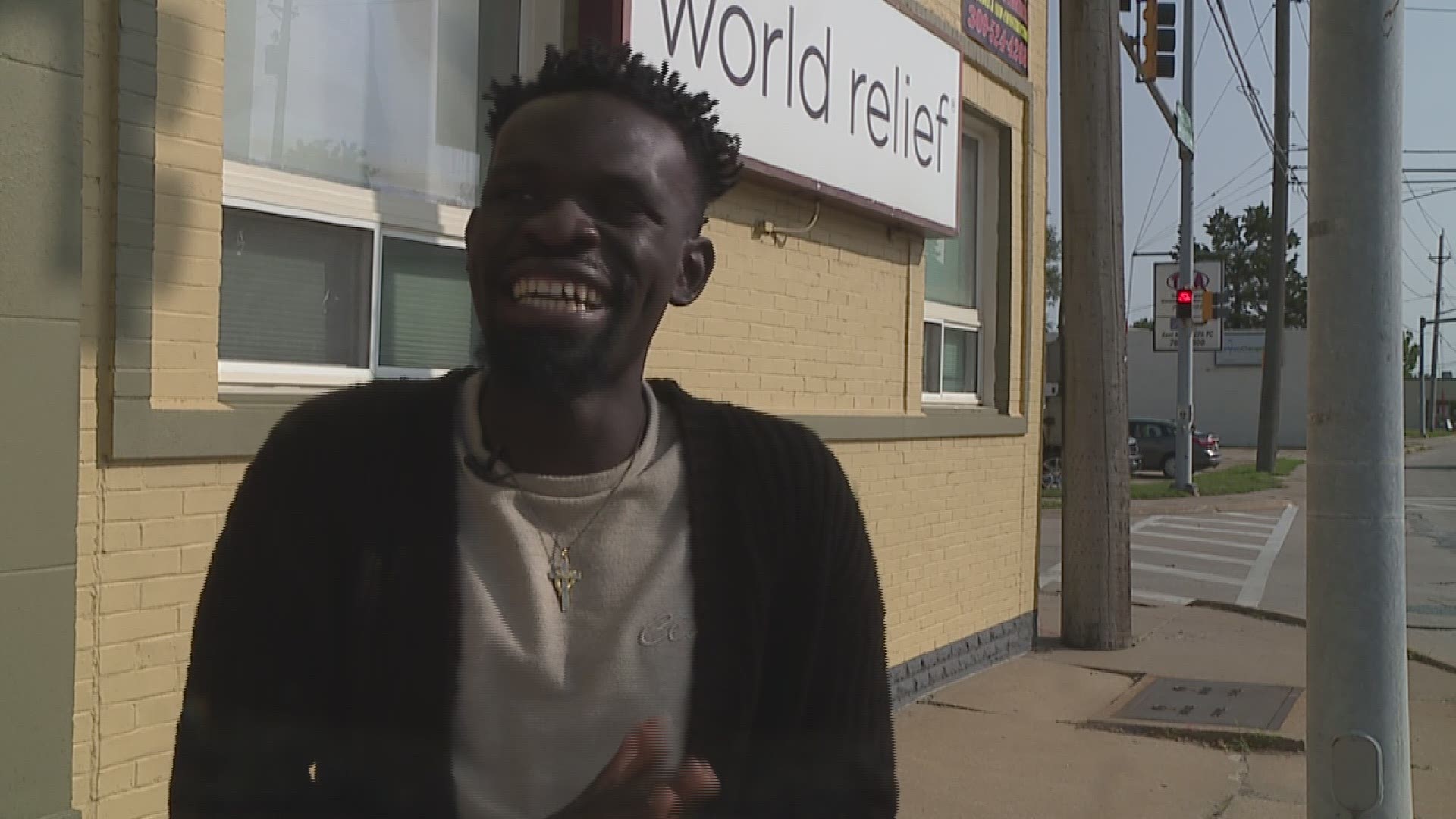 MOLINE, Ill. — A refugee in the Quad Cities is using what he learned to help others.

Mbanzamihigo Ibrahim is from Tanzania, he says "I faced a lot of struggles." Also known as Abe, the 23-year-old is one of many refugees living in Rock Island.

"I feel more African than I do American," says Abe.

Abe and his six sisters moved to the Quad Cities in 2007. He and his family utilized World Relief, an organization helping resettle refugees.

When Abe arrived at the age of seven, the only thing he could say in English was, "I don't speak English." He says, "Making new friends without speaking the language," was extremely difficult.

He says resettling in the United States was a challenge, "Having to be in class and have no idea what the teacher is saying."

According to a recent study conducted by Augustana College, immigrants and refugees make significant financial contributions to local communities. Associate Professor Chris Strunk from the college wrote the report, he says, "We found that refugees pay about $700,000 in taxes annually."

"And have a spending power of about $1.6 million each year."

"Its very rewarding, I wish I had a me when I came to the us."

"I know how blessed I am, so I would want anyone to be in this situation."

Three million refugees have immigrated to the United States since 1975. Since 1999, World Relief Quad Cities has resettled more than 2,500 refugees in Rock Island.