A new Mars rover scheduled to be launched this summer is carrying a camera system that will be operated by scientists at ASU. 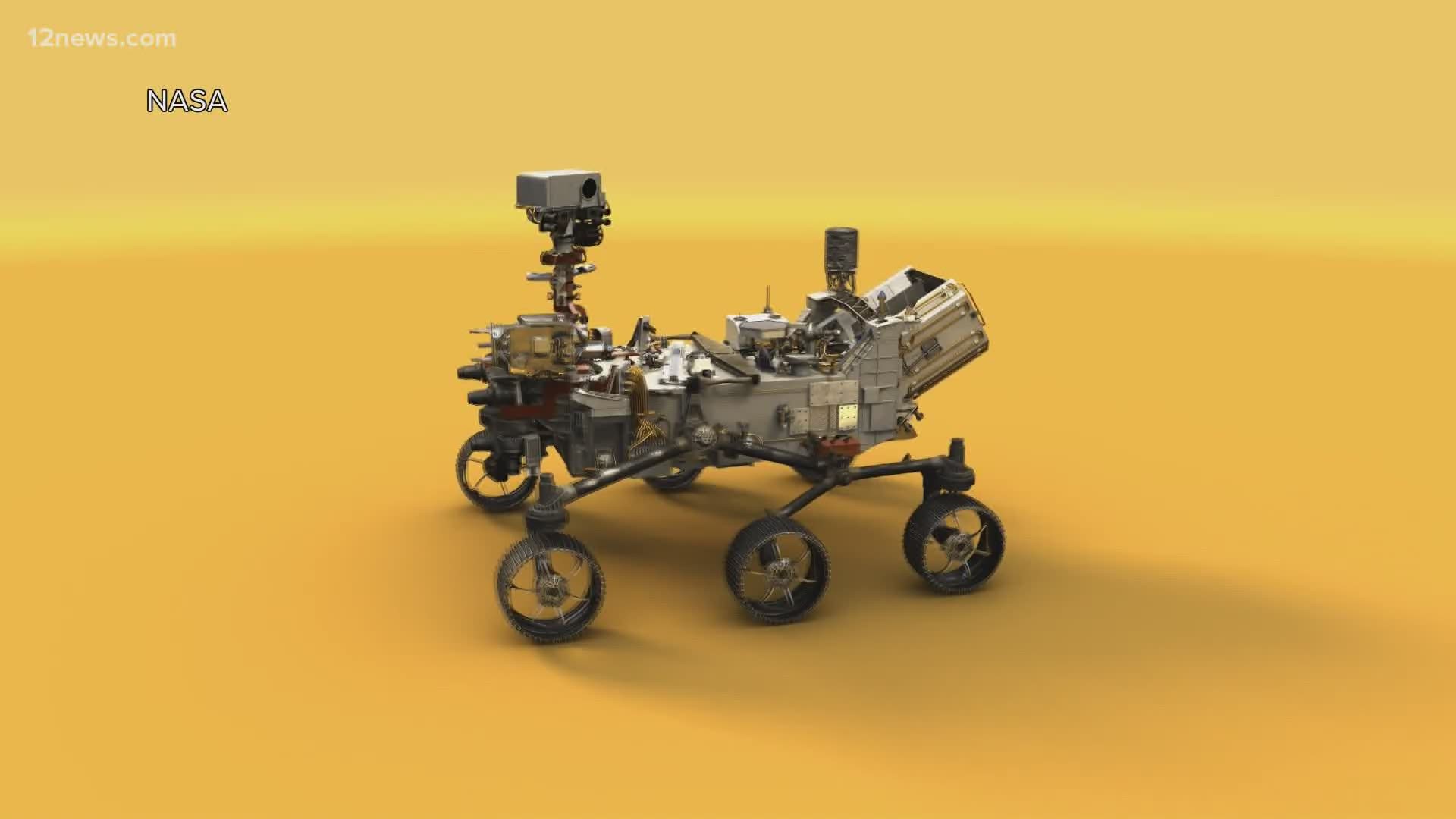 TEMPE, Ariz. — Sometime this summer, NASA will launch a new robotic rover toward Mars carrying a camera system that will be operated by scientists at Arizona State University.

The rover, called Perseverance, is an updated version of the Curiosity rover, which has been operating on the Martian surface since 2012.

The camera on Perseverance can zoom, enabling scientists to focus on objects far away, but also build 3D images of the planet.

“Cameras are the eyes of our robotic spacecraft," lead investigator Jim Bell said.

Bell leads the team that designed and will operate the camera.

Perseverance is set to lift off this summer, no earlier than July 30th, NASA said, and touch down on Mars on February 18, 2021.

When it does, it will carry a variety of instruments that will take rock samples and set them aside for later Mars missions to bring back to Earth.

It also carries an experimental helicopter drone that will take a test flight in the Martian atmosphere.

But that's if it makes it there. Bell said about half the Mars missions fail to make it to Mars. He said watching years of work and millions of dollars launch into space on a rocket is a nervewracking experience.

“This rocket, which is a controlled bomb," Bell said. "I feel like both dancing for joy and throwing up at the same time.”

But if Perseverance makes it to Mars, the camera system will be able to take photos and video, as well as record sound from the Martian surface with onboard microphones.

And Bell will be able to see the rock samples that will hopefully make it back to Earth sometime this decade.

Samples that will eventually be brought back to earth.

RELATED: ASU student files suit against Arizona Board of Regents for tuition costs after campuses closed due to COVID