The council will meet on Saturday, January 11th, to discuss their budget for the year. 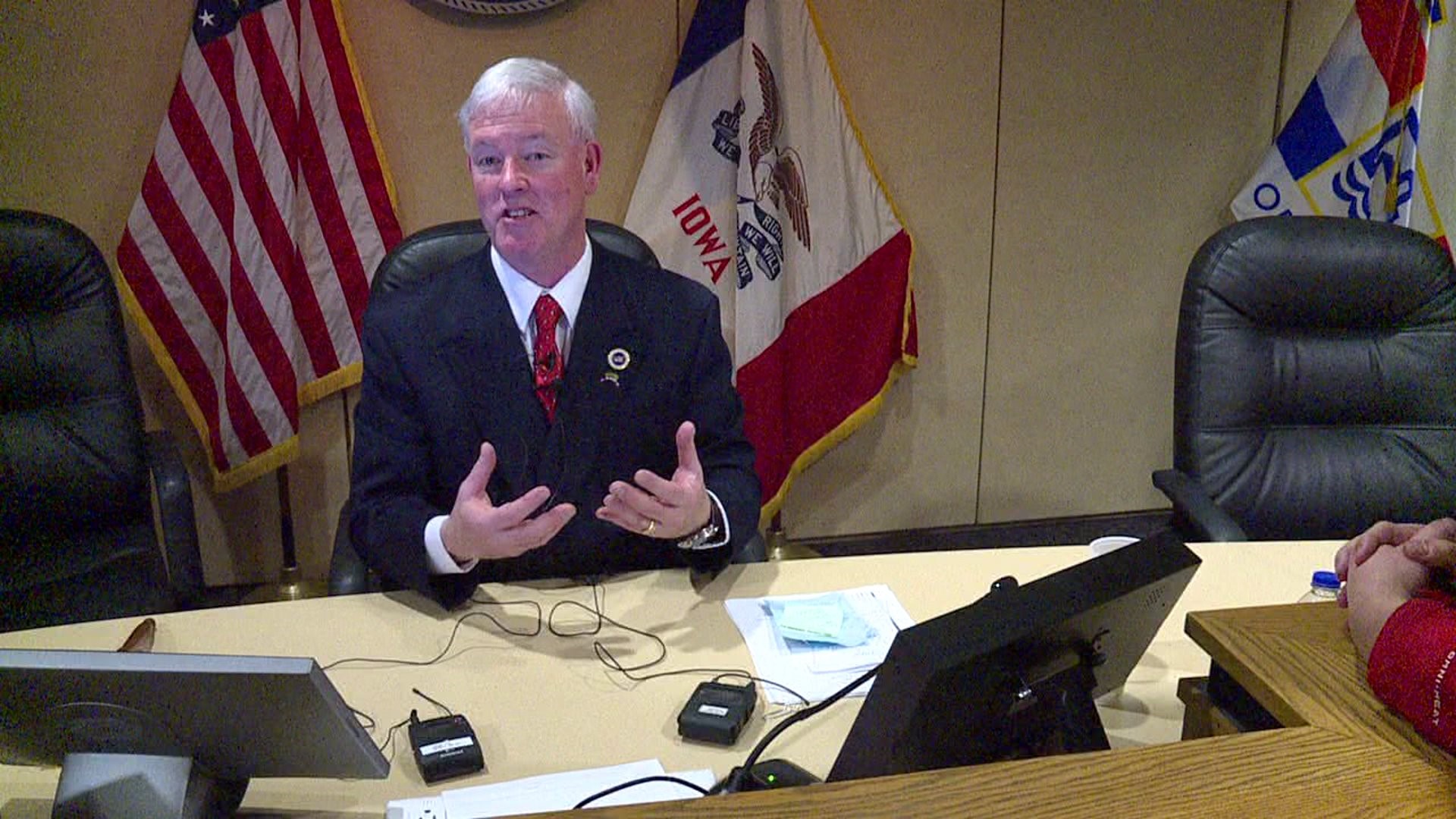 DAVENPORT, IOWA  -- On January 8th, Mike Matson took oath of office at Davenport City Hall. He won the seat in November 2018, but has been acting as Mayor since the start of the new year.

"We want Davenport to be a safe stable and welcoming community," Matson said

He says his first priority is public safety.

"If you're committing a violent crime in Davenport, we are finding you, and we are putting you away," Matson said. "Especially, if you commit a crime with a gun in Davenport. We are going to find you, put you in jail and prosecute you federally. There is no tolerance for that, so that is our focus."

Matson says he can't just focus on public safety, he is also focusing on juvenile crime. He wants to see a juvenile assessment center in Davenport. It would be a place to offer punishment and counseling for young people accused of crimes in the city. The idea was first proposed in 2018, but Matson says there needs to be bigger push for the project.

"I'm not going to be real patient with this," Matson said. "We are kind of in a little pause, so let's find a place, i think we have buy ins, so let's find staff."

Four new aldermen also took their seat on the council.

"Public safety is of importance," 6th ward alderman Ben Jobgen said. "I want to live in a community where I can go out at night and feel safe with my wife and kids and other family members, so that's always going to be of importance to me."

"I am really interested in working with the city of Davenport and folks with the city for flood resilience and adaptation," 8th ward alderman Judith Lee said. "We can't just keep fighting floods, we have to learn to live with the river."

"Getting fun, cool, new, and trendy businesses here that can then attract new families and new residents to come to our community," 5th ward alderman Matt Dohrmann said. "They are then going to buy our homes, live in our community, have their kids go to our schools, and then have them become lifelong residents of Davenport."

Patrick Peacock was also sworn in tonight as the new 7th ward alderman.

The council will meet on Saturday, January 11th, to discuss their budget for the year.