Davenport hosted the riders on Monday, July 19. They began on July 10 and the ride was set to end on August 8. 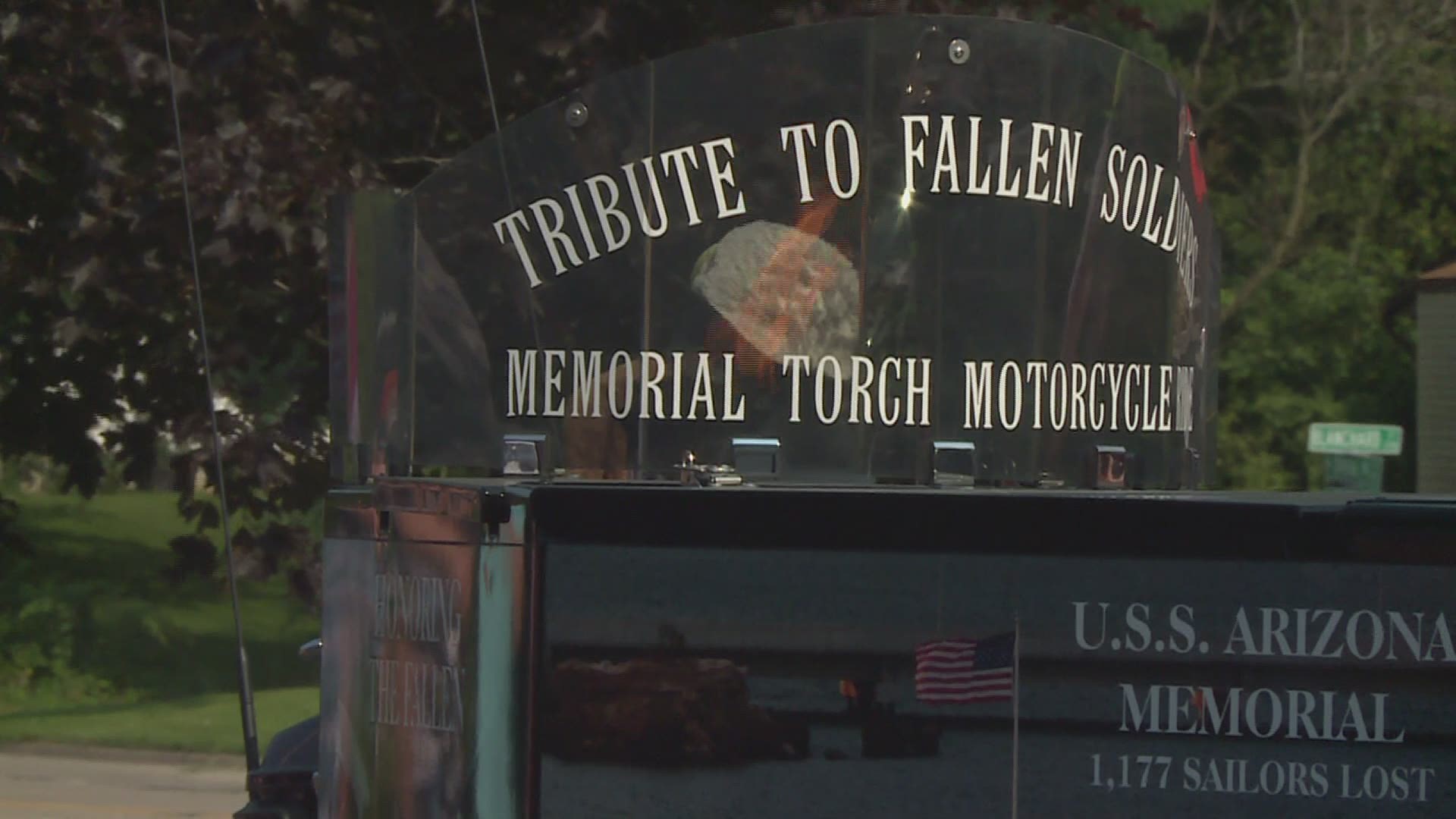 DAVENPORT, Iowa — A group of motorcyclists stopped in Davenport for a night during a month-long ride across the country, all in the name of honoring our nation's fallen soldiers.

The motorcycle ride is part of the Fallen Soldiers Memorial Torch.  In total, the riders planned to stop in 25 cities, between Eugene, Oregon and Arlington, Virginia. Participants can choose how many days they'll ride for - whether it be one day or the entire month.

Davenport hosted the riders on Monday, July 19.  They began on July 10 and the ride was set to end on August 8.

During the ride, the group is transporting the "Fallen Soldiers Memorial Flame" and will escort it onto Arlington National Cemetery.  During a closing ceremony at the end of the journey, all the fallen service members being honored during the journey will be announced, followed by a bell.  The Memorial Flame then is extinguished.