Now at $7.25 an hour, the federal minimum has not been raised since 2009, when Democrats last controlled the House. 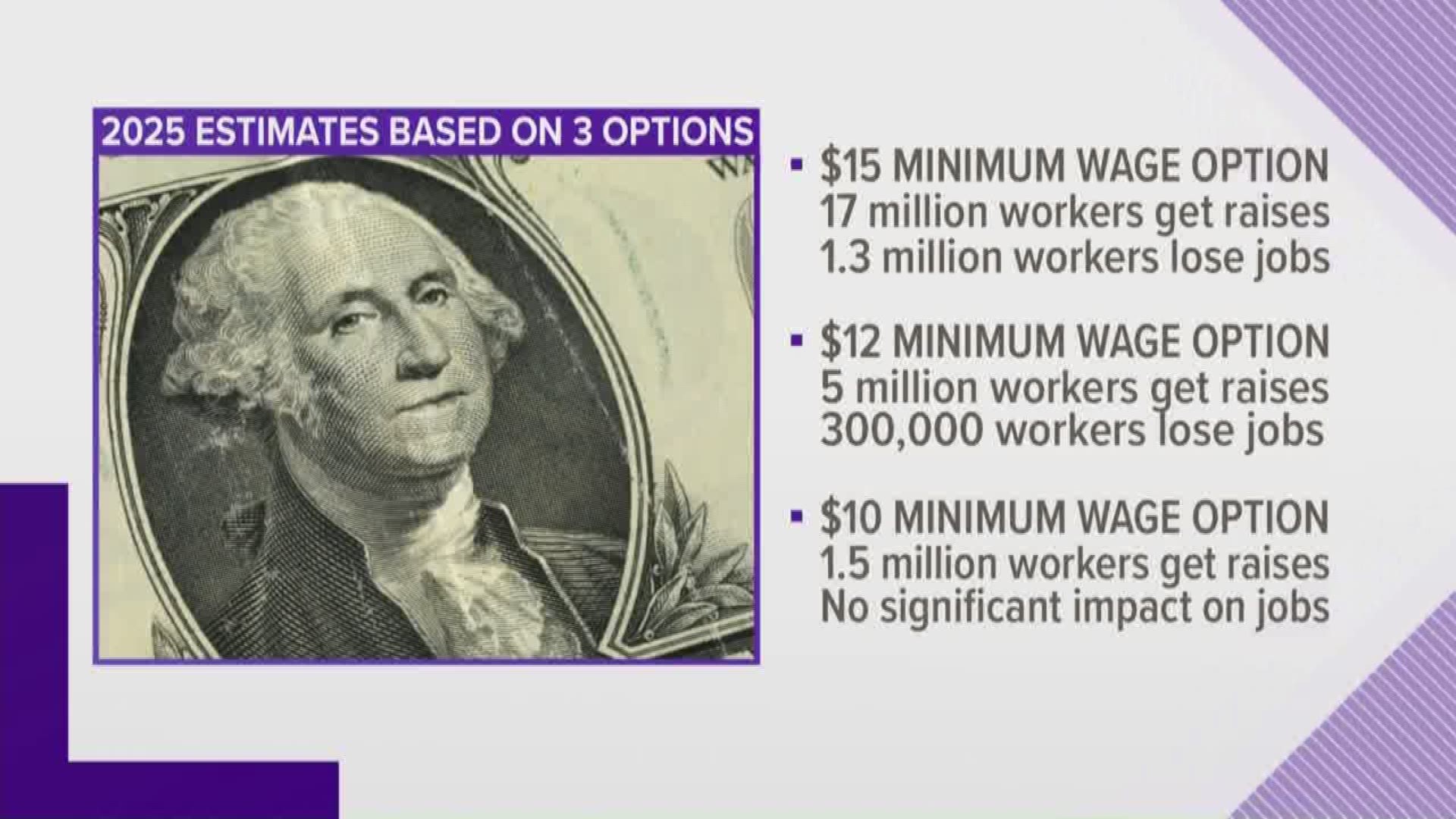 WASHINGTON (AP) — Gradually raising the federal minimum wage to $15 an hour would boost pay for as many as 27 million workers, but it could also cost as many as 1.3 million jobs by 2025, according to a report released Monday from the nonpartisan Congressional Budget Office.

That's the trade-off facing House Democrats as they prepare to vote on legislation to raise the wage, a top issue for lawmakers and the party's 2020 presidential candidates confronting an era of stagnant pay and gaping income inequality.

The Democratic chairman of the Education and Labor Committee, Rep. Bobby Scott of Virginia, said there's no question the report makes the case for increasing the wage, which would be the first in a decade.

"The benefits vastly outweigh any costs," Scott said Monday on a call with reporters. "Anybody who reads the whole report will be impressed by 27 million people having significant benefits."

The budget office found that some 17 million workers now earning less than $15 would see their wages boosted, and another 10 million already at that pay level could also benefit. The result would also bring some 1.3 million workers, half of them children, out of poverty, it said.

At the same time, boosting the federal minimum could result in job losses. That has long been the argument against wage hikes, particularly from Republicans in Congress and their allies in the business community.

The budget office's report acknowledges "considerable uncertainty" around this issue. It expects 1.3 million workers would lose their jobs, but also says there's a chance there could be as many as 3.7 million — or the outcome could be no job losses at all.

Douglas Holtz-Eakin, a conservative-leaning former director of the budget office, said on Twitter, "results not shocking — lose 1.3m jobs (median)." He said those advocating for legislation to raise the wage are "really missing the point about helping genuinely poor."

Now at $7.25 an hour, the federal minimum has not been raised since 2009, when Democrats last controlled the House, though 29 states and several cities have set their minimum wage above that level.

House Democrats have struggled to coalesce around a bill this year that would satisfy the liberal flank that largely supports the $15 hourly wage and lawmakers from more conservative, rural and lower-income areas who worry about the economic fallout.

Alabama Democratic Rep. Terri Sewell had offered an alternative proposal that would allow the minimum wage to be set regionally, but the effort found only modest backing.

House leaders have told lawmakers to expect to vote next week on the bill from Scott's committee that gradually lifts the wage, over five years, to the $15 threshold.

The budget office analyzed other options — raising the wage to $12 or $10 an hour — but Scott panned those efforts. Even though job losses would be less, so would the benefits to workers, the report said.