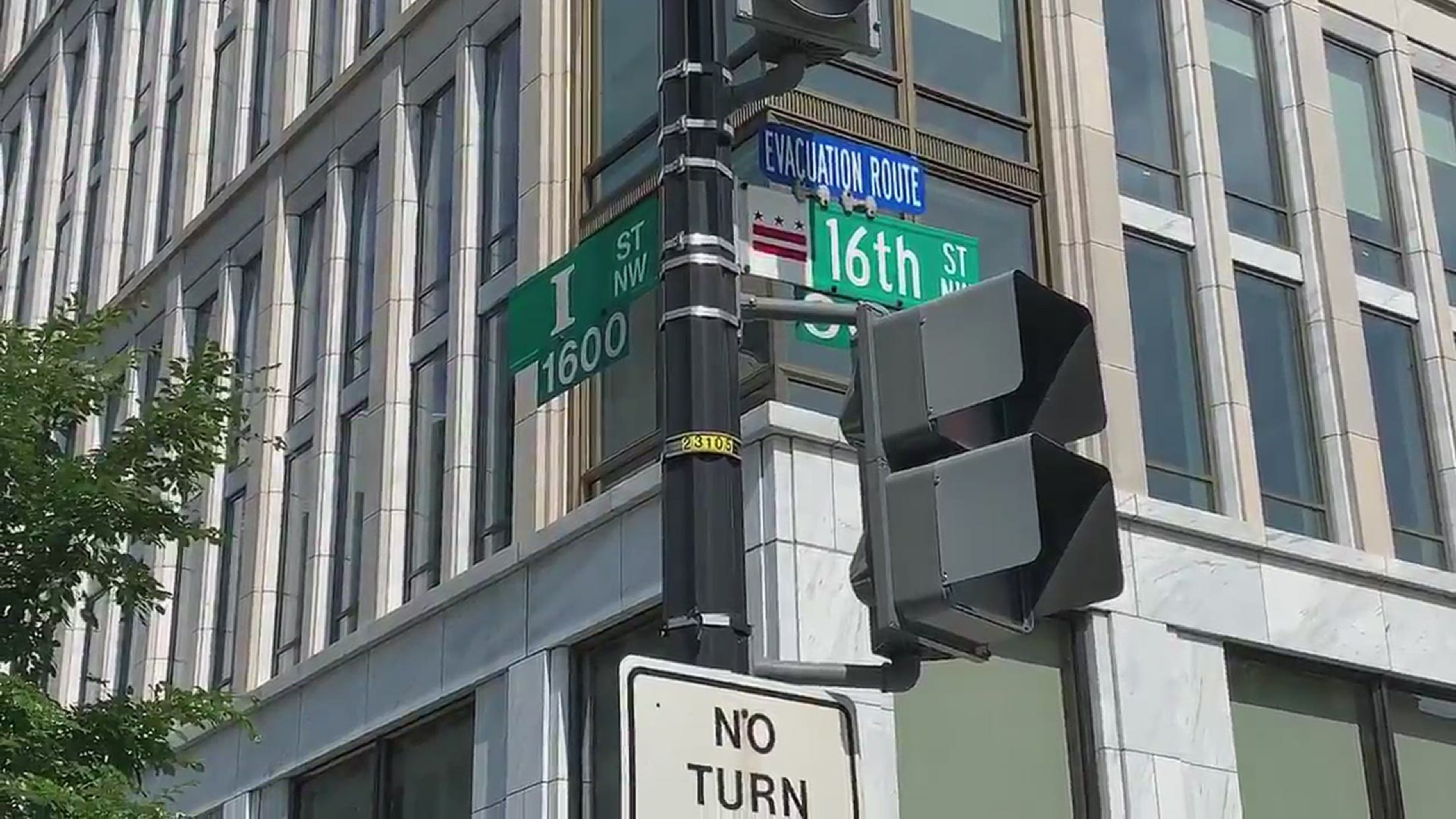 WASHINGTON — Black Lives Matter DC issued a formal statement Sunday denouncing Mayor Muriel Bowser's handling of recent protests and asking for her to instead "invest in the community" and decrease the budget for D.C. police.

"Mayor Muriel Bowser must be held accountable for the lip service she pays in making such a statement while she continues to intentionally underfund and cut services and programs that meet the basic survival needs of Black people in DC,"  the statement reads. "We rebuke the notion that we must celebrate crumbs the Mayor gives DC residents without engaging critically in why we settle for art but not housing, street signs but not investments in the actual things that keep communities safe."

The group previously criticized the new mural that Bowser unveiled on Saturday, calling the work a "performative piece" that did little to actually improve efforts in DC's black community.

"We stand by our critique of the DC Mayor Muriel Bowser after the unveiling of the Black Lives Matter Mural and the renaming of Black Lives Matter Plaza.," it continued. "We hold that we have a duty to the loved ones named above to ensure that they are not forgotten and their deaths are not exploited for publicity, performance, or distraction."

The group is also urging Bowser to hold off from increasing the Metropolitan Police Department’s budget, a sentiment echoed by many protesters during the 10-day demonstrations across D.C.

Bowser's budget, unveiled in May, called for MPD to receive $45 million dollars of additional funding for the replacement of police cruisers, motorcycles, and specialty support vehicles.

"To chip away at the investments in communities that actually make us safer while proposing a $45 million dollar increase in funding for the Metropolitan Police Department’s budget a few weeks ago is NOT making Black lives matter."

On June 2, the activism group also filed an injunction against Bowser's office and against MPD Police Chief Peter Newsham for the curfew enforcement, saying law enforcement violated their first and fourth amendment rights by violently breaking up a protest at Lafayette Square.

On Monday, curfew for the District began at 7 p.m., with federal law enforcement clearing Lafayette Square at approximately 6:30 p.m. before Trump began a speech in the Rose Garden. Black Lives Matter DC argues that Monday's curfew, along with Tuesday's, allowed federal officers to "terrify" demonstrators and only put protesters in increased danger.

Mayor Muriel Bowser made it clear she disagreed with the early action used by federal police, tweeting Monday night's clearing was "shameful."

The group is also filing a lawsuit filed on behalf of the ACLU against President Trump and Attorney General William Barr for the treatment of protesters from the clearing.

You can read the entire statement from Black Lives Matter DC here. 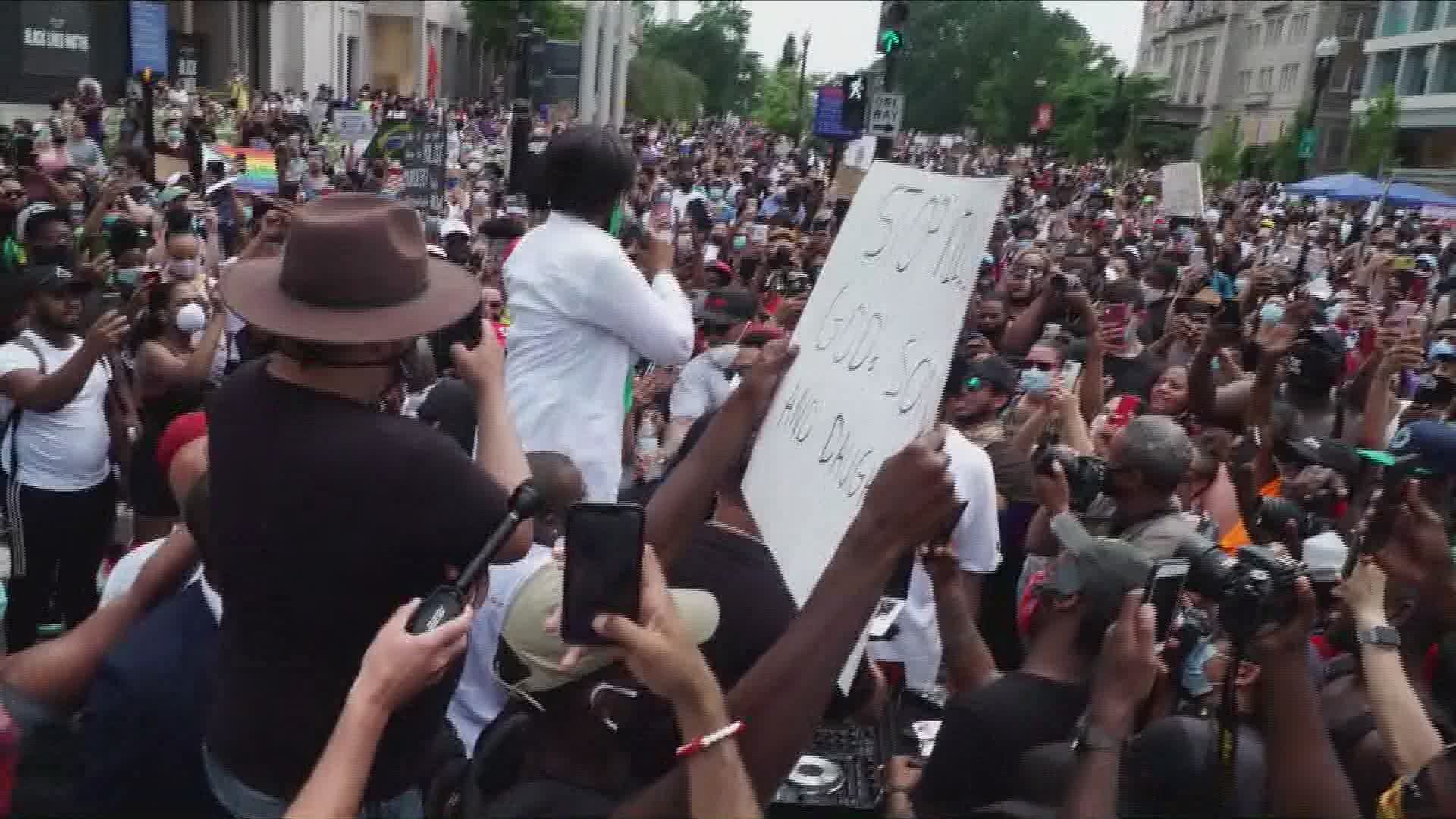 RELATED: Does this protest 'feel different' than others?