Afghanistan War veteran relieved troops will be home by September

First Sgt. Reginald Sims shared his experience during the war and what he hopes the future holds. 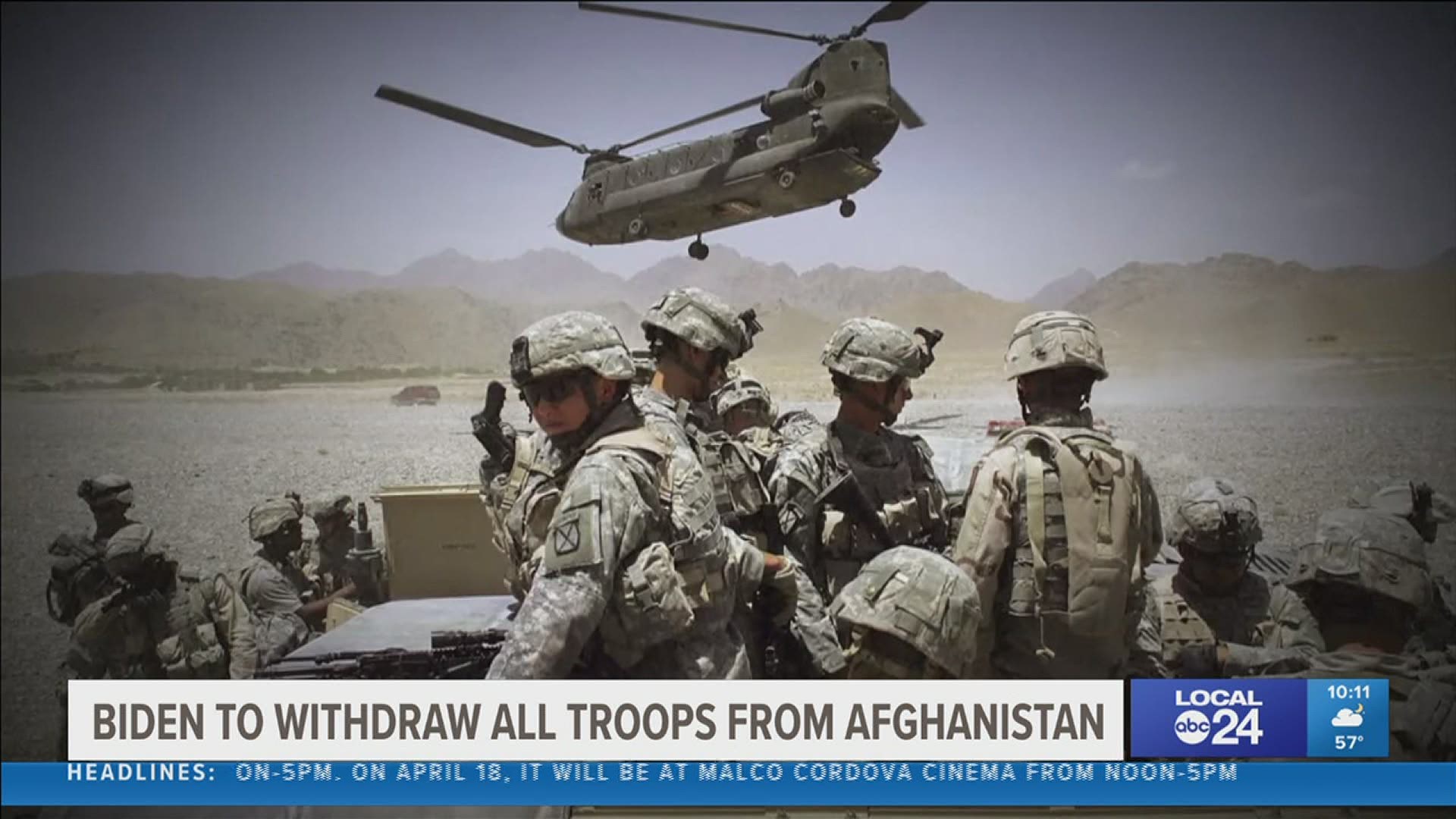 He's the fourth president to preside over the decades-long war and doesn't want his successor to inherit it.

Biden said the decision was "easy" adding the reason for US presence in Afghanistan grew "unclear" after the 2011 killing of Al Qaeda leader Osama bin Laden.

"I’m always amazed at, generation after generation, the woman and men who prepared to give their lives for their country,” Biden said.

First Sgt. Reginald Sims served a tour in Afghanistan from 2005 to 2006. He agreed with Biden's decision that its time.

"I think that it’s a relief that our military is coming home and I think a lot of people have always thought that they shouldn’t have been there in the first place, but we know why we had to be there," Sims said.

Sims is glad the troops there now will soon be headed back to the US, but he hopes no other conflicts arise.

"I’m happy that the troops are coming home," Sims said. "On the other hand, I just hope that in the next five years to 10 years that we’re not back in the same situation."

Asked if it was a hard decision to remove troops from Afghanistan, Pres. Biden says, “No, it wasn’t. To me it was absolutely clear.” https://t.co/sep9PfHyWM pic.twitter.com/9fuGMoNFAp

Like many others who have served overseas, one of Sims' biggest challenges was being away from family.

"I missed my family. That was the biggest part," Sims said. "Just wondering if I was going to get back safe. Just wanted to do my job and do what I could for my country."

He never imagined 15 years later this would finally come to an end. Sims is grateful to all those who have served over the last two decades.

"I think that the ultimate sacrifice for me and the guys that were out there with us was that we think that we made a difference," Sims said.