The lawn and villa are ringed by tall trees, offering a relatively discreet and lush venue. 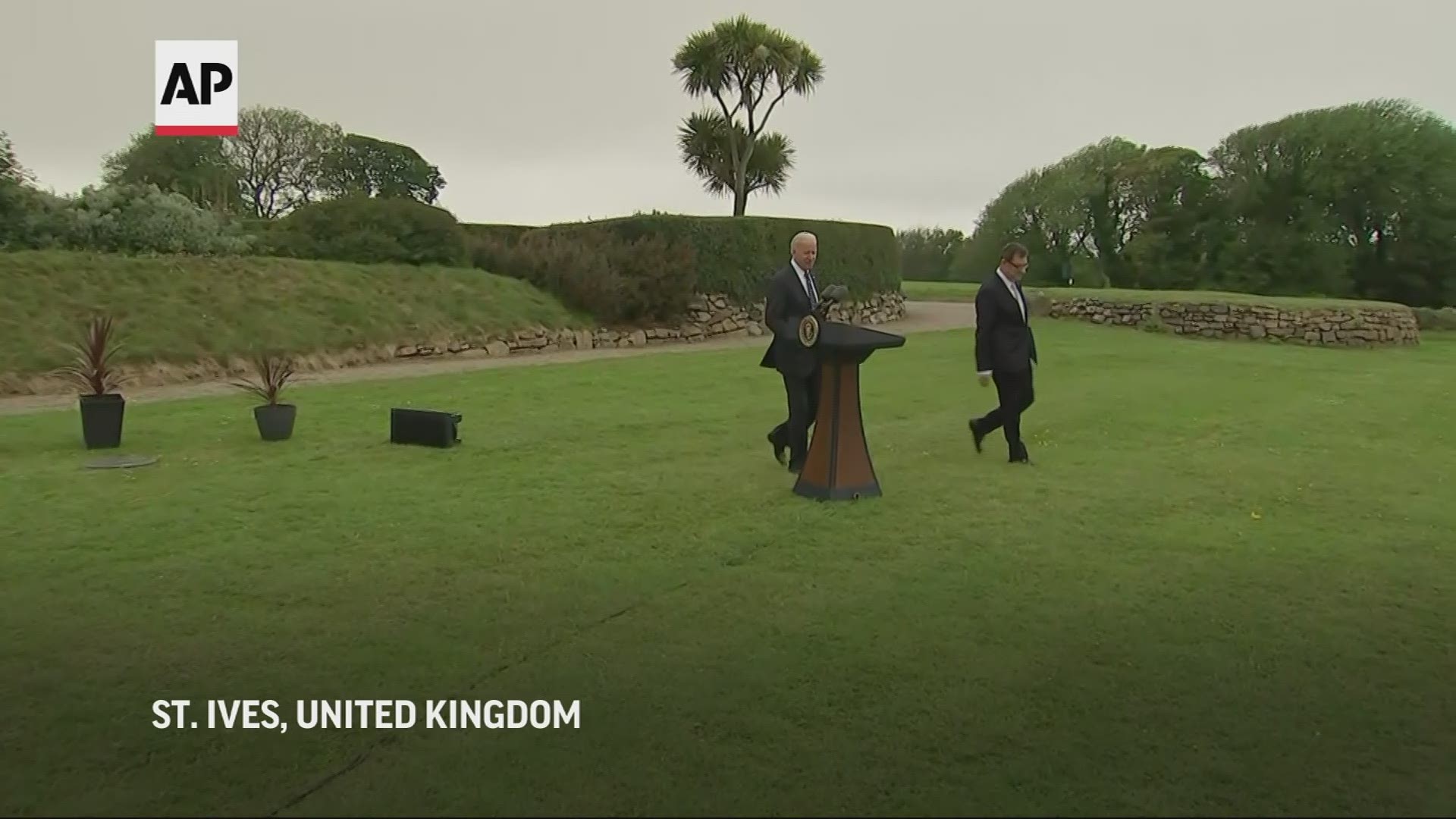 GENEVA, Switzerland — An 18th-century manor house in the middle of a public park with lakeside views will host the summit between U.S. President Joe Biden and Russian President Vladimir Putin in Geneva next week, the Swiss Foreign Ministry said Thursday.

Geneva’s Parc de la Grange, which includes the Villa La Grange as its centerpiece structure, was shut for public access for 10 days on Tuesday by Swiss authorities, who did not specify the reason before Thursday. The ministry announced the selection of the site on its Twitter account.

Security teams have erected signs about the closure, redirected traffic and nearby parking, and put up double-fencing around the park. Garden crews have been working to spruce up the vast lawn and garden sloping down toward Lake Geneva.

The lawns and villa are fringed by tall trees — including cedars that are more than 200 years old -- offering a relatively discreet and lush venue for the meeting Wednesday of the two leaders at the end of Biden’s first overseas diplomatic trip since becoming president in January. He was in Britain on Thursday.

The iconic Villa La Grange will host Presidents Biden 🇺🇸 and Putin 🇷🇺 on June 16. Switzerland thanks the two countries for the trust expressed by choosing #Geneva@POTUS @KremlinRussia_E pic.twitter.com/Q8vag8hhhL

White House press secretary Jen Psaki laid out Thursday the full plate of issues that Biden will prioritize during the summit, including the war in Ukraine, human rights abuses and alleged Russian ransomware attacks.

Speaking on CBS, Psaki predicted a “candid conversation” and noted the two leaders have “a lot of disagreements,” while also citing areas where “we can work together” — such as on issues like the Iran nuclear deal and disarmament.

“We want to move to a more stable and predictable relationship — that’s in our interest. We don’t want it to be adversarial and always heightened,” she said. "That’s what we’re hopeful this will be the beginning of the start to.”

The summit meeting venue played host to a Geneva convention overseen by Henri Dunant, a co-founder of the Red Cross, in 1864, and Pope Paul VI hosted a Mass in the park in 1969 that drew roughly 70,000 people, according to the city’s website.

Donated to the Geneva municipality in 1917, the villa is normally not open to the public but serves for official functions.