Christian, Jewish and Muslim leaders have raised their voices to condemn racial bias in the justice system while discouraging violence during protests. 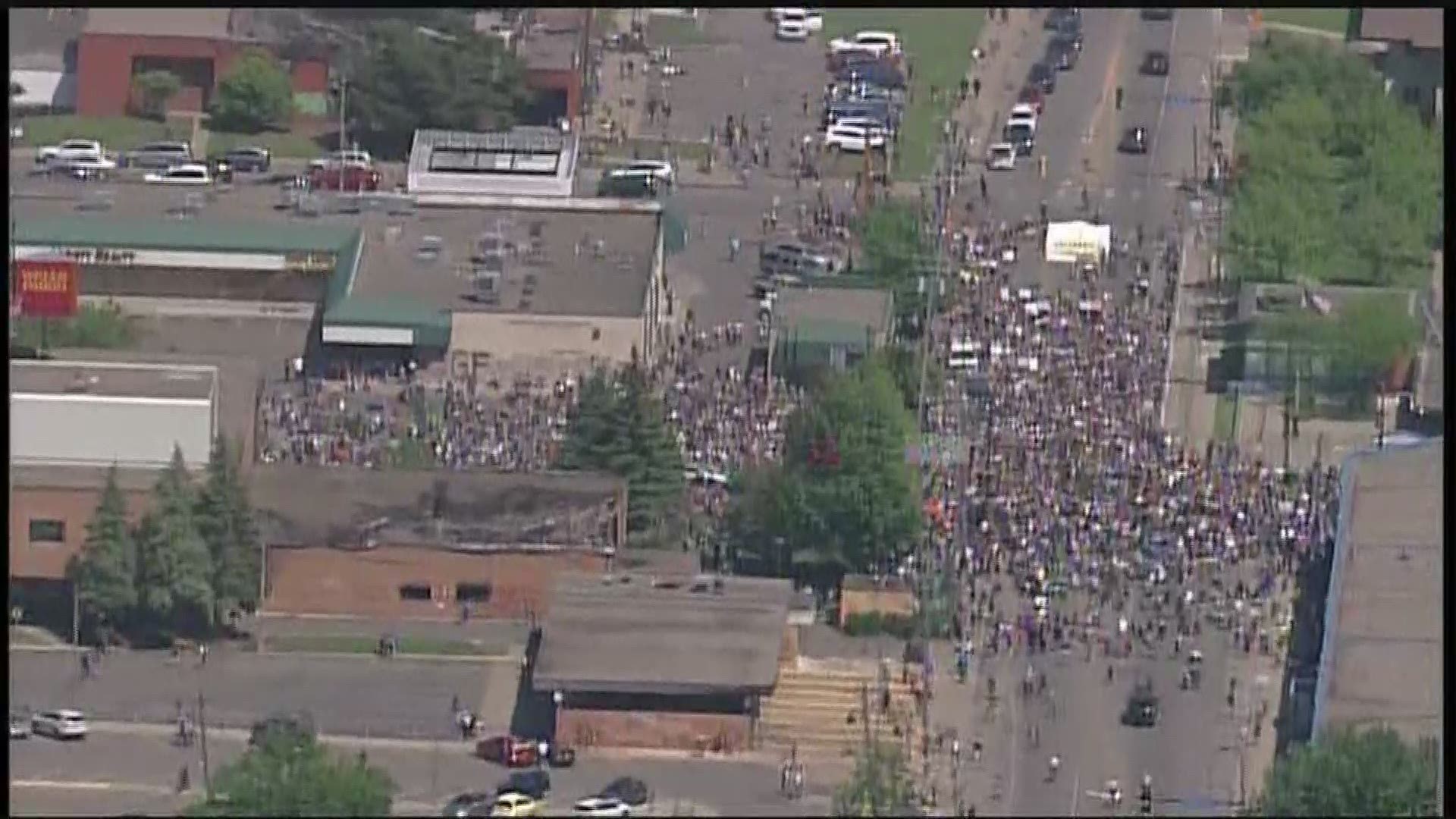 NEW YORK — American religious leaders across faiths are grappling with the heavy burden of helping to heal two active traumas: rising civil unrest driven by the police killing of George Floyd and the coronavirus pandemic.

Christian, Jewish and Muslim leaders have raised their voices to condemn racial bias in the justice system while discouraging violence in response to the killing of Floyd, a black man who died after a white Minneapolis police officer pressed a knee into his neck. Those words of solidarity, for many clergy, came as their worship routines remained upended by a virus that has forced them to rely on digital or outdoor gathering.

At Holy Trinity Lutheran Church in Minneapolis, which has provided relief and medical help to demonstrators this week as protests roiled the city, associate pastor Angela T. Khabeb said the shared pain caused by Floyd’s death was exposing the brutal double toll being exacted on people of color.

“There were other pandemics we didn’t always talk about that faced black communities, indigenous, Latinx” before the virus outbreak, Khabeb said, citing “institutionalized racism” and poverty. “And then we layer on COVID-19, which disproportionately affects black, indigenous, Latinx communities.”

Khabeb acknowledged that she felt challenged by the task of tending to her congregation during the current crisis when the latest police killing of a black American had caused “a crisis of my own that’s very personal.”

Among the religious leaders in Minnesota organizing for spiritual care since Floyd’s death was Bernard Hebda, the Catholic archbishop of the Twin Cities. Hebda held a Friday online prayer service “for racial justice and peace" alongside Rev. Erich Rutten, the priest of a historic African American parish in St. Paul. The Revs. Jesse Jackson and Al Sharpton also traveled to Minneapolis on Thursday, with Jackson speaking at a local Baptist church.

Imam Asad Zaman, the Muslim American Society of Minnesota’s executive director, outlined multiple law enforcement reform proposals in response to Floyd’s death. Zaman noted in an op-ed this week that “the Qur’an teaches us that to save a single life is to save all of humanity.”

Credit: AP
Protesters move along a highway, Friday, May 29, 2020, in Minneapolis. Protests continued following the death of George Floyd, who died after being restrained by Minneapolis police officers on Memorial Day. (AP Photo/Julio Cortez)

But as the frustration sparked by Floyd’s killing scorched dozens of other cities, religious denominations nationwide began speaking out to sympathize with the pain that brought protesters into the streets. White Minneapolis police officer Derek Chauvin has been charged with murder in connection with Floyd’s death, which follows the highly-publicized killings of two black Americans this year -- Georgian Ahmaud Arbery, shot while running, and Breonna Taylor, shot by police in her Louisville, Kentucky home.

Seven senior members of the U.S. Conference of Catholic Bishops issued a statement calling racism “not a thing of the past or simply a throwaway political issue," adding: “While it is expected that we will plead for peaceful non-violent protests, and we certainly do, we also stand in passionate support of communities that are understandably outraged.”

The National Association of Evangelicals rooted its call for racial equality in the Bible, while Southern Baptist leaders released a statement noting Biblical teachings against “injustice and the misuse of authority and force.”

One pastor planning to reopen his church for in-person worship this week, amid ongoing tension over the public health risk of physical services, said the protests show communities have a strong need for religious institutions during a time of crisis.

Credit: AP
An artist creates an image of George Floyd on Thursday, May 28, 2020, in Minneapolis. Violent protests over the death of Floyd, the black man who died in police custody, broke out in Minneapolis for a third straight night. (AP Photo/Julio Cortez)

“I think the church is essential, and I think people need church in America, and the church has got to stand against social injustice,” said Danny Carroll, of Water of Life Community Church in Fontana, California.

For Rev. Jacqui Lewis, whose church plans to keep forgoing in-person worship as the pandemic goes on, spiritual comfort and social organizing can happen just as effectively online. Lewis, senior minister at New York City’s Middle Collegiate Church, urged other faith leaders to respond to Floyd’s killing by taking their sympathy from words to actions.

“Grief is not enough. Prayer is not enough,“ Lewis said. “It’s a baby, first step for denominations to decry the violence. The next step is, what will you do to make sure your congregations are not racist?”

This week’s protests against racial injustice came as interfaith leaders prepared to mark a national day of mourning and lament for those killed by the coronavirus on Monday, an effort backed by the U.S. Conference of Mayors.

Sen. Chris Coons, D-Delaware, part of an accompanying bipartisan congressional proposal for a civic moment of silence, said the effort to honor the dead would “show the best of what faith means in America.”

The demonstrations also erupted just ahead of the Christian holy day of Pentecost and the Jewish holiday of Shavuot, both celebrated at a set time after previous holy days in the faiths. That count imbued this holy day with a more solemn meaning for Rabbi Rick Jacobs, president of the Union for Reform Judaism.

Just as Jews have counted the days between Passover and Shavuot, Jacobs said, they have been “counting the dead from COVID-19, and sadly, tragically, we’re counting more black people killed in our country at the hands of law enforcement.”

“We could treat all of these things as separate … but I do think there’s an intersection” given the pandemic’s outsized effect on communities already struggling with racism, he added.

Associated Press religion coverage receives support from the Lilly Endowment through the Religion News Foundation. The AP is solely responsible for this content.