Twelve rowers are named as defendants in the suit, which was filed as a class action on behalf of the entire team, citing Title IX. 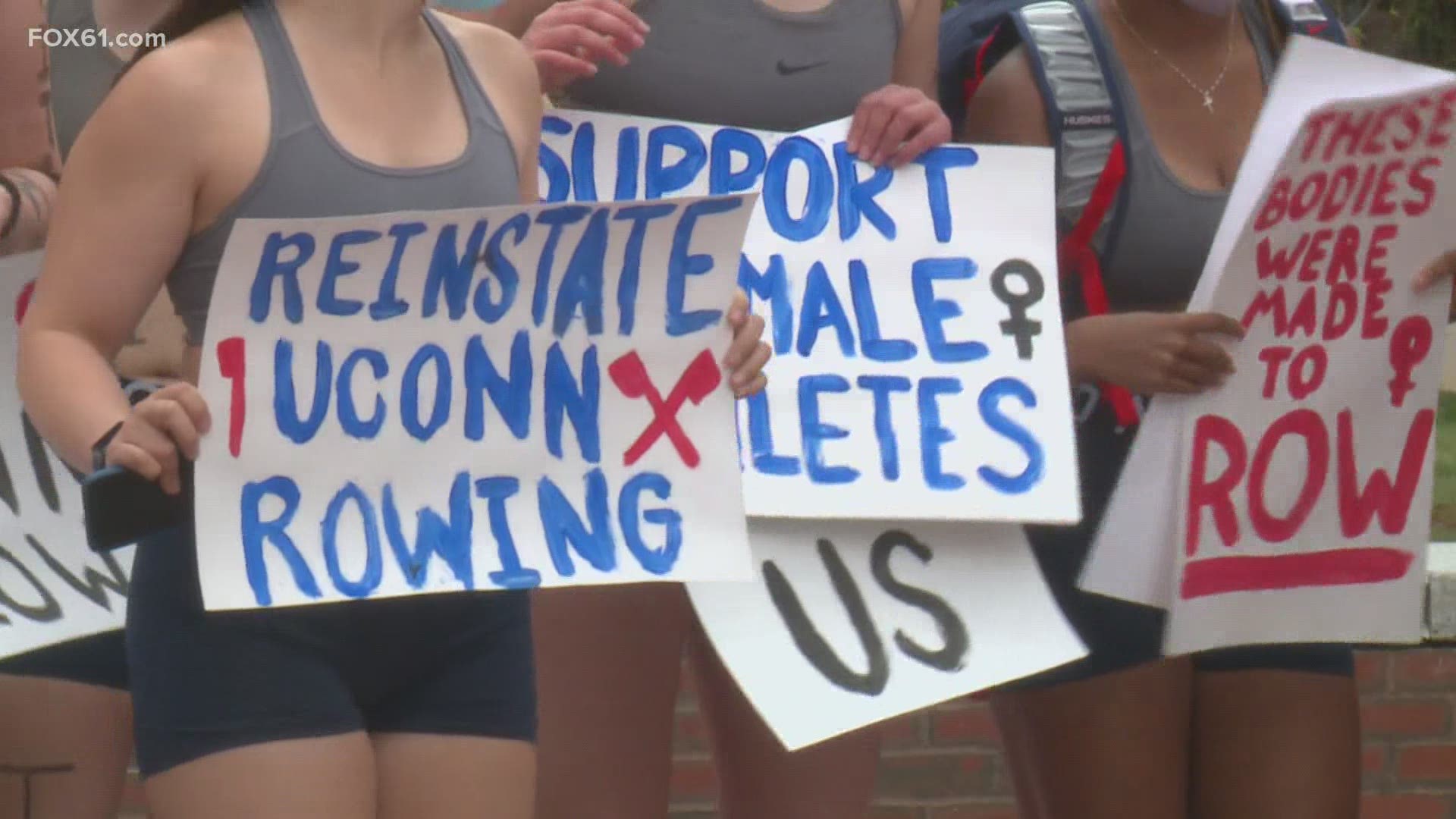 HARTFORD, Conn. — Members of UConn's women's rowing team filed a federal lawsuit on Wednesday, alleging the university's plan to eliminate their program as part of budget cuts in the athletic department violates their civil rights.

Twelve rowers were named as plaintiffs in the suit, which was filed as a class action on behalf of the entire team, citing Title IX, the federal law that ensures equal access to education for women, including in athletics.

“UConn discriminates on the basis of sex by, among other things, providing male students with a greater opportunity to participate in varsity intercollegiate athletics than it provides to female students and by providing superior treatment and benefits and financial assistance to male athletes than to female athletes,” attorney Felice Duffy wrote in the lawsuit, which was filed in U.S. District Court.

The rowers also are seeking an injunction that would keep the team intact until the lawsuit can be heard.

UConn, which also plans to eliminate three men’s athletic programs, said in a statement it has not had a chance to review the lawsuit, but is confident that its planned cuts are legal.

“That decision was made following a comprehensive review of UConn’s athletic program, including its Title IX obligations,” the statement said.

The rowing program is scheduled to be eliminated next month at the end of the current season. UConn’s last rowing competition, the Colonial Athletic Association championship, is scheduled for May 16.

The move comes less than a month after a group of rowing alumni filed a similar complaint with the Education Department's Office for Civil Rights.

UConn said last June that it wants to reduce its athletic deficit by about $10 million a year, cutting the need for a subsidy to the athletic department by 25% over the next three years. The school decided to eliminate women’s rowing, men’s swimming and diving, men’s cross-country and men’s tennis at the end of the 2020-21 school year.

In a letter to the rowing alumni last month, UConn President Thomas Katsouleas said the school considered the civil rights implications before making that move.

“We used our best efforts to eliminate as few teams as possible,” he wrote. “Our review included a careful analysis of Title IX compliance. While I certainly understand and appreciate your disappointment that the women’s rowing team was one of the four teams ultimately selected for elimination, we are confident that our actions were consistent with our obligations under Title IX.”

The school started the women’s rowing program in 1997 as a way to help offset the male scholarships needed to elevate its football team into the Bowl Subdivision.

According to the school’s annual filing with the NCAA, the rowing team has a roster of 38 rowers but had 62 participants in the program and operating expenses totaling $1,345,104 in the 2020 fiscal year. UConn rowing gave at least partial scholarships to 32 rowers at a cost of $713,417 and its coaches earned a total of $196,575, according to the report.