After Twitter flagged the president's tweet as violating rules against 'glorifying violence,' Trump claimed what he meant was that, 'Looting leads to shooting.' 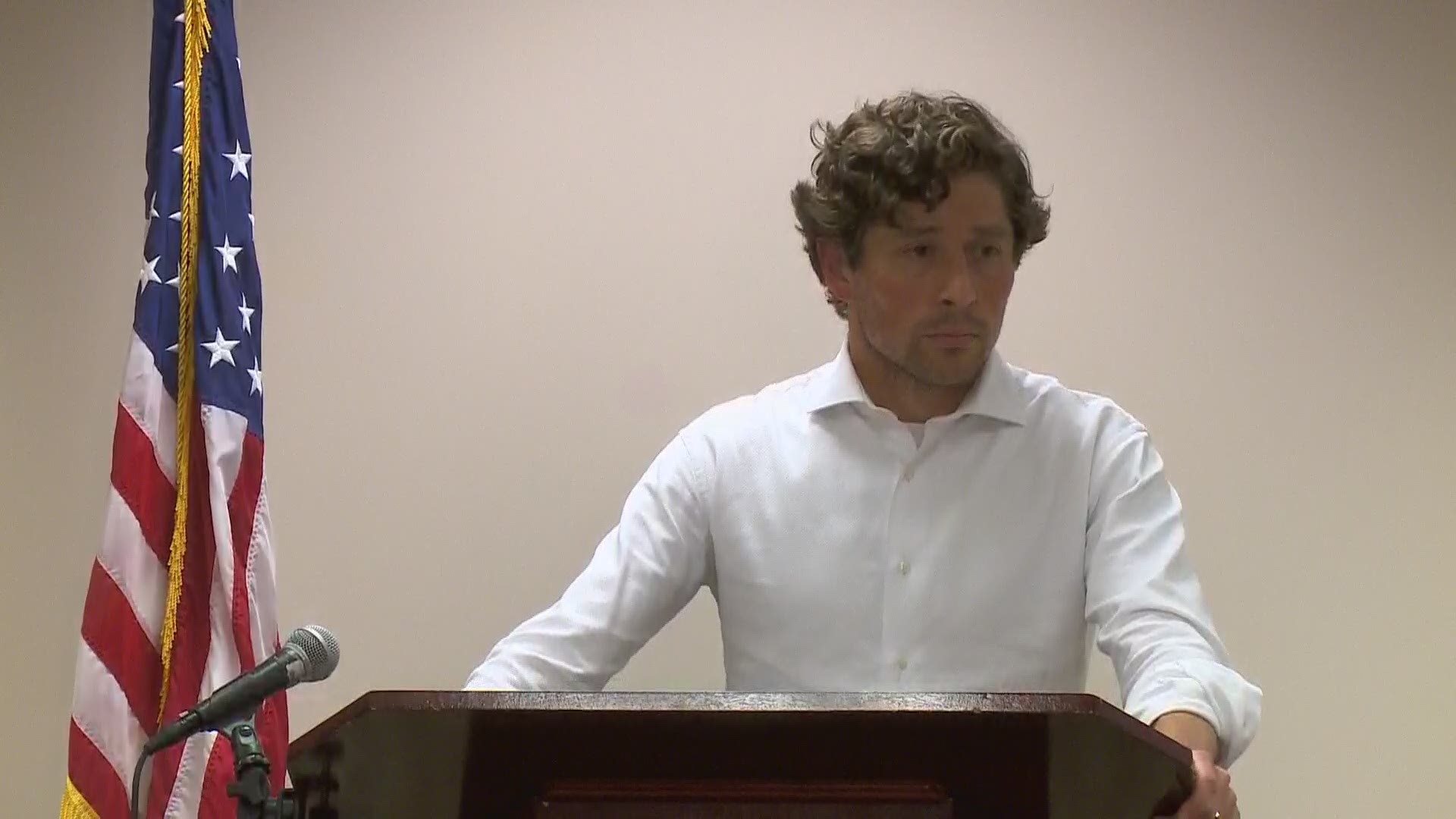 Twitter escalated tensions with President Donald Trump on Friday, adding a warning to one of his tweets for the first time and saying he violated the platform’s rules by glorifying violence when he suggested protesters in Minneapolis could be shot.

Trump took to Twitter early Friday morning, calling protesters in Minneapolis "THUGS," declaring the mayor "very weak," threatening to send in the National Guard and declaring "when the looting starts, the shooting starts." Hours later, Twitter tagged the tweet, suggesting it was violating the platform's rules about "glorifying violence."

It marks the second time this week Trump tweets have received an extra notation from Twitter about their content.

“These THUGS are dishonoring the memory of George Floyd, and I won’t let that happen,” Trump tweeted about the protesters. “Just spoke to Governor Tim Walz and told him that the Military is with him all the way. Any difficulty and we will assume control but, when the looting starts, the shooting starts. Thank you!”

The White House did not respond to questions about where Trump had heard the phrase and what he meant by it. But Trump said Friday afternoon that he'd been trying to say that, “Looting leads to shooting.”

“I don’t want this to happen, and that’s what the expression put out last night means,” he tweeted. “It was spoken as a fact, not as a statement. It’s very simple, nobody should have any problem with this other than the haters, and those looking to cause trouble on social media. Honor the memory of George Floyd!”

Twitter did not remove the tweet, saying it had determined it might be in the public interest to have it remain accessible. It does that only for tweets by elected and government officials. But the tweet was hidden so that a user looking at Trump's timeline would have to click on the warning to see the original tweet.

On Friday morning, Trump reacted to Twitter flagging his tweet by saying, "Twitter is doing nothing about all of the lies & propaganda being put out by China or the Radical Left Democrat Party. They have targeted Republicans, Conservatives & the President of the United States. Section 230 should be revoked by Congress. Until then, it will be regulated!"

The tweets came on the third night of violent protests over the death of George Floyd, a black man who died on Memorial Day after a white police officer knelt on his neck until he became unresponsive. The incident was caught on video and has been seen worldwide.

Protesters began gathering in the early afternoon near the city's 3rd Precinct station, in the southern part of the city where 46-year-old Floyd died Monday. By the end of the night, protesters broke into the precinct after the department abandoned it, setting it ablaze and setting off fireworks. The protests spread to nearby St. Paul and angry demonstrations flared across the U.S.

On Thursday, Trump, who has often been silent in the face of white-on-black violence and has a long history of defending police, offered a softer tone in regards to Floyd's death.

But just before 1 a.m. EDT Friday, Trump tweeted, "I can't stand back & watch this happen to a great American City, Minneapolis." He called out "very weak Radical Left" Mayor Jacob Frey to "get his act together" or Trump would send in the National Guard and "get the job done right."

Trump added about the protesters that "these THUGS are dishonoring the memory of George Floyd."

The president then said he told Gov. Tim Walz that the military is with him.

"Any difficulty and we will assume control but, when the looting starts, the shooting starts. Thank you!" Trump concluded.

Credit: TEGNA
A screenshot of a tweet by President Donald Trump, which was tagged by Twitter as violating its rules for glorifying violence, May 29, 2020.

The line about looting and shooting is the same quote made by former Miami Police Chief Walter Headley. The following is an excerpt from a December 28, 1967 article by United Press International about what was described as Headley's "shotgun crackdown on Negro slum hoodlums."

"In declaring war on 'young hoodlums, from 15 to 21, who have taken advantage of the civil rights campaign,' Headley said, 'we don’t mind being accused of police brutality.'

'They haven’t seen anything, yet.'

Headley said Miami hasn't been troubled with racial disturbances and looting because he let the word filter down, 'When the looting starts, the shooting starts.'"

As of the time this article was published, Trump had not posted any additional comments on the riots nor clarified what he meant by the statement.

Frey fired back when told of Trump's attack on him during an early Friday morning press conference.

"Weakness is refusing to take responsibility for your own actions. Weakness is pointing your finger at somebody else during a time of crisis," Frey said.

"Donald Trump knows nothing about the strength of Minneapolis," he added."We are strong as hell. Is this a difficult time period? Yes, but you better be damn sure that we're going to get through this."

Twitter's decision to add the notation is likely to draw the ire of the president even more against the social media giant. He escalated his war on Twitter and other social media companies Thursday, signing an executive order challenging the lawsuit protections that have served as a bedrock for unfettered speech on the internet.

The action appeared to be more about politics than substance. The president aims to rally supporters after he lashed out at Twitter for applying fact checks to two of his tweets this week -- the first time Twitter had gone that far.

Trump said the fact checks were “editorial decisions” by Twitter amounting to political activism and that such actions should cost social media companies their liability protection for what is posted on their platforms.