Adam Toledo, 13, was shot less than a second after he appeared to drop a handgun, turn toward the officer and begin raising his hands. 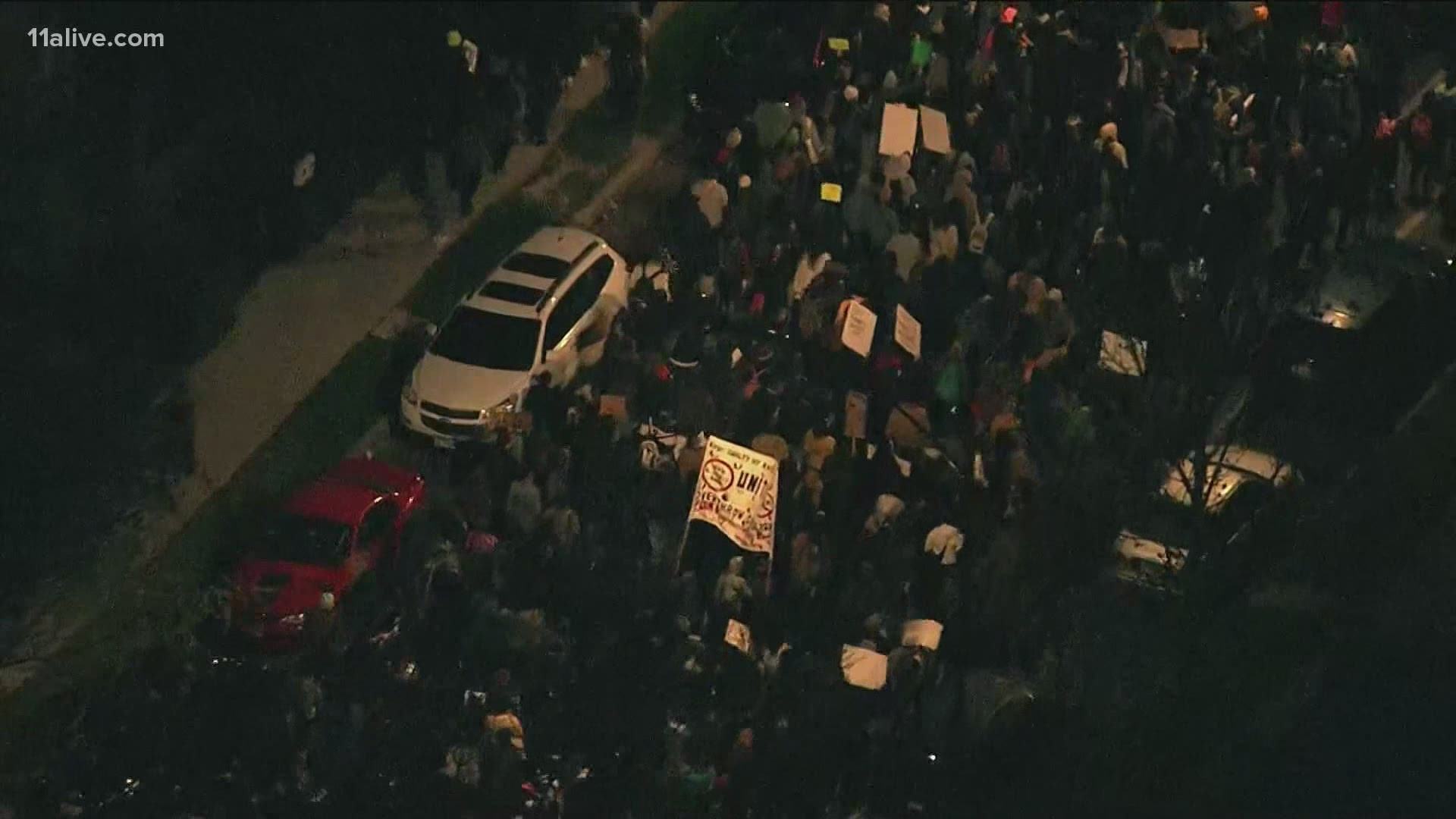 WASHINGTON — It happened in less than a second.

Thirteen-year-old Adam Toledo dropped the gun he'd been holding, turned and began raising his hands just as the officer had commanded. Then the cop fired a single shot, killing the boy in the dark Chicago alley.

The graphic video that became the latest tragic touchstone in the nation’s reckoning with race and policing puts a microscope on those split-second decisions with far-reaching and grave consequences. Investigators are still sorting through exactly what happened, but the shooting has raised difficult questions about why the boy wasn't given more time to comply, and whether the deadly encounter could have been prevented in the first place.

“Time and again, our communities of color are being told that these are isolated incidents or that they are the fault of the suspect. What do you say when you see the evidence with your own eyes?" Jose Lopez, the League of United Latin American Citizens' national vice president for the Midwest, said in a statement.

The white officer, Eric Stillman, was responding to reports of shots fired in Little Village, a predominantly Hispanic neighborhood of the city’s southwest side, around 3 a.m. on March 29. Stillman's jumpy, nighttime bodycam footage shows him chasing Toledo, who was Latino, on foot down an alley for several seconds and yelling: “Police! Stop! Stop right (expletive) now!”

As the teen slows down, Stillman yells: “Hands! Hands! Show me your (expletive) hands!” Toledo then turns toward the camera, Stillman yells, “Drop it!” and midway between repeating that command, he fires and Toledo falls. Police found a gun next to a fence a short distance away after the shooting. Prosecutors have previously said a 21-year-old man with Toledo fired the rounds that originally drew the officer's attention.

The Cook County State’s Attorney’s office will decide whether Stillman, who has been placed on administrative leave for 30 days, should face charges. But it's been rare to charge police with crimes in the death of civilians, and winning a conviction is harder in part because jurors are reluctant to second-guess an officer when the officer has been faced with a split-second decision in a life-or-death situation.

The U.S. Supreme Court has said an officer's fear for their life in the heat of the moment matters, even if in hindsight it turns out they weren't in danger. Chief Justice William Rehnquist wrote in a 1989 ruling that shaped the legal landscape that the “calculus must embody an allowance for the fact that police officers are often forced to make split-second decisions about the amount of force necessary in a particular situation."

It takes the brain about three-fourths of a second to react to a perceived threat, said Chris Burbank, a former police chief in Salt Lake City who is now with the Center for Policing Equity. Most police can then draw a gun and fire two accurate rounds in 1.5 seconds, so the pivotal portion of a confrontation can be over in less than three seconds.

The decisions made in that tiny period can influenced by a host of factors, including training, immediate surroundings and structural biases like racism, he said. A growing body of research shows Black teenagers, for example, are often wrongly perceived as older and more threatening than white teenagers.

And it can be hard for officers to say after the fact exactly what made them shoot, said Eugene O’Donnell, a former New York City police officer and longtime professor of police studies at the John Jay College of Criminal Justice.

“It’s always a shock to actually have to fire because firing is pretty rare in a big city,” he said. “You talk to cops after shootings, a lot of it is a blur ... the truth is that you may not even know why you fired.”

The often-used “show me your hands!” command can unintentionally accelerate a confrontation. The motions of a person trying to obey can appear at first like the moves someone makes to start an attack, said Von Kliem, a former police officer and director of consulting division for the Force Science Institute. Some in law enforcement-training circles have had concerns about how the phrase affects a situation since the mid-1990s, though it's still often used without causing serious problems.

But focusing solely on split-second heated moments can miss the larger systemic questions raised by a community mourning a child, said Nathan Morris, an attorney for a 13-year-old shot by police in Utah. That boy, Linden Cameron, has autism and his mother had called police to help handle a breakdown last year. Cameron was unarmed. He survived the shots that were fired after a chase by officers.

“Are we doing the right thing by putting our officers in situations that require a split-second decision?” Morris said. “Should they even be chasing a 13-year-old child down?"

Chicago Mayor Lori Lightfoot is now demanding a new policy on foot pursuits, something she called one of the most dangerous actions an officer can take. Some major cities have already taken action to limit foot chases, though experts say it would be hard to tell police not to try to stop someone with a gun.

Some shifts in police training could help, Burbank said. He spent years training police officers and being trained himself, and says nearly every law enforcement practice scenario ended with a shooting.

“There have to be ‘no shoot’ scenarios," he said. "We need to spend more time training for when you don’t have to use force than when you do. And we do not do that.”