Down but not out, Serena Williams into Australian Open quarterfinals

This was Williams' 62nd fourth-round match at a major tournament and only the second for Sabalenka. The 39-year-old American next faces No. 2-ranked Simona Halep. 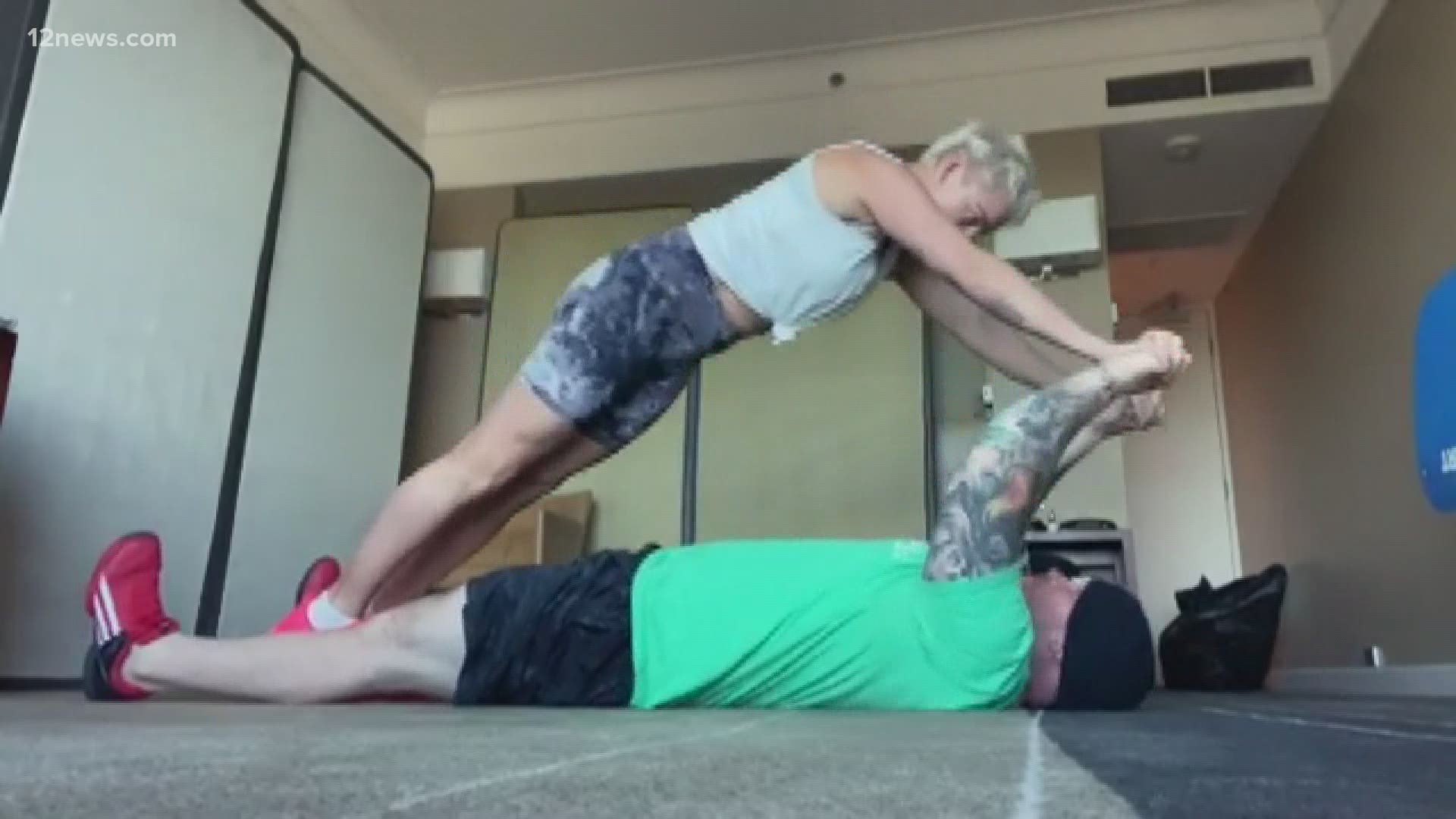 This was early in the second set of a competitive-as-can-be matchup in the Australian Open's fourth round against a younger version of herself — stinging serves, huge groundstroke cuts, a fierce streak — and during a stretch Sunday (Saturday night EST) when things seemed to be slipping away.

Williams quickly put up a hand to indicate she was OK, retied the laces of her right shoe and, while it took her a bit to regain control, she did so, just in the nick of time. Grabbing the last two games, Williams pulled out 6-4, 2-6, 6-4 victory over No. 7 seed Aryna Sabalenka to reach the quarterfinals at Melbourne Park.

Two years ago at this tournament, Williams was on the verge of a quarterfinal win when she hurt her ankle and ended up losing.

"Well, my first thought was, 'Not another ankle sprain in Australia.' But I knew immediately that it wasn't. Then I was more embarrassed than anything. I was like, 'Oh, my goodness.' I don't like falling," Williams said. "But I was fine. I mean, once I realized I didn't twist my ankle, like at all, I was like, 'OK, I'm good, let me just get up.'"

Her most recent came in 2017, while she was pregnant.

On a cloudy day with the temperature in the mid-60s Fahrenheit (high teens Celsius), both Williams and Sabalenka dismissed much in the way of subtlety or nuance.

These two hit the ball hard, over and over again in Rod Laver Arena, and Williams was barely better. She ended up with more winners, 30-24, and more aces, 9-4, while cranking up her best-in-the-game serve to as fast as 126 mph (202 kph).

When Williams needed to volley, she did, claiming 13 of 15 points when she went to the net. More importantly, she covered the court much in the way she did in her younger days, when opponents' apparent winners were rendered mere fodder for her own strikes.

And she showed no signs of trouble from the left Achilles tendon that hampered her in a U.S. Open semifinal loss in September and forced her to withdraw from the French Open before the second round later that month.

"I've worked really hard on my movement. Yeah, I like retrieving balls. I mean, obviously I like to be on the offense, but I can play defense really well, as well," the 39-year-old American said. "I didn't think about my Achilles. It's so good to not think about it. Oh, my goodness."

Sabalenka — a 22-year-old from Belarus playing in only her second fourth-round Slam match — was visibly and audibly frustrated. She frequently would scream after lost points. She spiked her racket, too.

With the high quality of the match, the only shame was that no fans were there to see it in person. That's because this was Day 2 of the five-day lockdown imposed by the Victoria state government after some COVID-19 cases emerged at a local hotel. (Any cheering or chatter TV viewers heard at home was being piped in to broadcasters' feeds).

Williams now faces No. 2-ranked Simona Halep, a two-time major winner who beat French Open champion Iga Swiatek 3-6, 6-1, 6-4. The other quarterfinal on that half of the draw will be Naomi Osaka against unseeded 35-year-old Hsie Su-wei of Taiwan.

Eight-time Australian Open champion Novak Djokovic shrugged off a side muscle injury to beat Milos Raonic 7-6 (4), 4-6, 6-1, 6-4 in a night match and register his 300th win in a Grand Slam match.

Top-ranked Djokovic joined Roger Federer as the only men to achieve the milestone.

He hurt a stomach muscle when he fell during his third-round victory over Taylor Fritz and there were concerns he wouldn't recover in time to play Raonic. But he competed fully for almost three hours. He was wearing tape above his right hip and later said if he wasn't playing a major, he'd probably already have withdrawn from the event.

There were two significant surprises in men's fourth-round action.

Even more unexpected: Dimitrov's next opponent is Aslan Karatsev, a 27-year-old Russian qualifier who is ranked 114th and the first player since 1996 to reach the quarterfinals in his Grand Slam debut. Karatsev eliminated 20th-seeded Felix Auger-Aliassime 3-6, 1-6, 6-3, 6-3, 6-4.

The third-seeded Osaka returns to the quarterfinals of a tournament she won in 2019 for one of her three major trophies. Osaka ran her winning streak to 18 matches — a run that included a U.S. Open title in September.

The key moment came when Osaka was serving at 15-40 while trailing 5-3 in the final set. Muguruza could not convert either chance to end things: Osaka delivered one of her 11 aces at 118 mph (191 kph) on the first; Muguruza missed a groundstroke on the second.

Fifteen minutes later, the match was over.

The 71st-ranked Hsieh's 6-4, 6-2 victory over 2019 French Open finalist Marketa Vondrousova made her the oldest woman to make her major quarterfinal debut in the professional era.

This is the 38th major for Hsieh, who beat 2019 U.S. Open champion Bianca Andreescu in the second round.

The secret to Hsieh's success?

RELATED: Serena Williams races through 1st round at Australian Open