For the first time in four years, February has 29 days! But why exactly do we have leap years and how come we sometimes skip it? 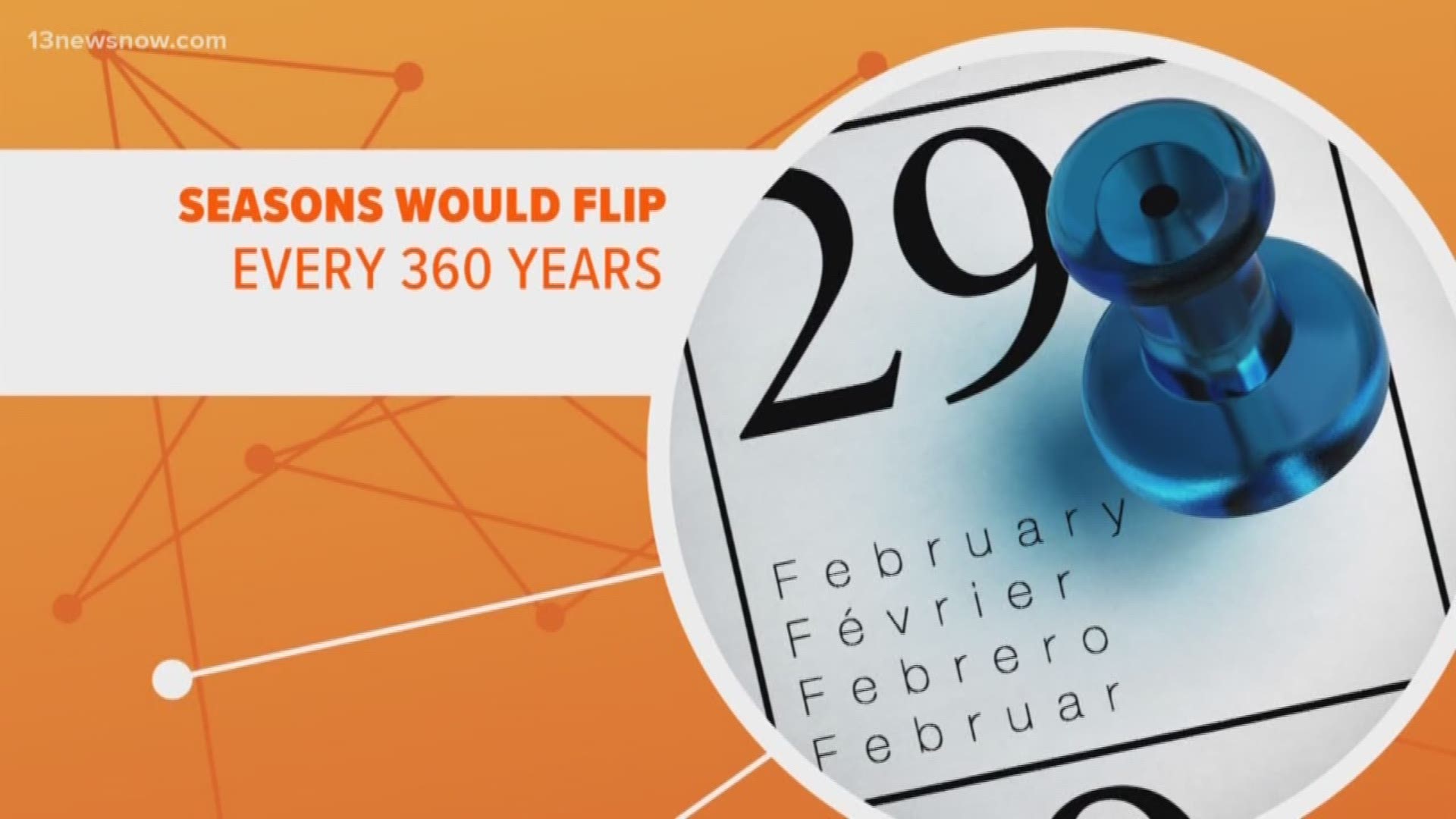 Every four years (with some extremely rare exceptions), Feb. 29 is added to our calendars. It's called a leap year or a leap day.

Why is there a leap year?

It takes about 365.25 days (more specifically 365.2422 days) for Earth to make one revolution around the sun, according to NASA. To make up for the extra time, an additional day is added to the calendar at the end of February every four years.

So in short, that's a leap year.

To break it down even further, the length of a year is based on how long it takes a planet to revolve around its sun. Since Earth's days don't perfectly line up with the Earth's orbit, an extra day is added to keep time and seasons in order.

Without a leap day, the dates of annual events, like equinoxes and solstices, would slowly shift to later in the year. NASA points out that after only a century without leap days, summer wouldn't start until mid-July.

O'Donoghue's animation shows just how quick our seasons would be disrupted. It reveals that without leap years, December would drift into summer in 400 years.

The leap year solution gets a little trickier because the extra .2422 day is about six hours. NASA explained if the orbit was exactly 365 days and six hours, adding a single day every four years wouldn't be a problem. However, Earth takes just a little less time than that. So, rounding up and adding an extra day every four years adds about 45 minutes, or about three full days every 400 years.

To correct the extra 45 minutes, years that are divisible by 100 do not have leap days unless they also can be divided by 400.

Scientists really planned it all out.

RELATED: After a year in space, Christina Koch reunited with her dog. The video will melt your heart.

RELATED: January 2020 was the world's hottest January in recorded history