The Saw-whet owl found in the Rockefeller Center Christmas tree will be released back into the wild on Saturday. 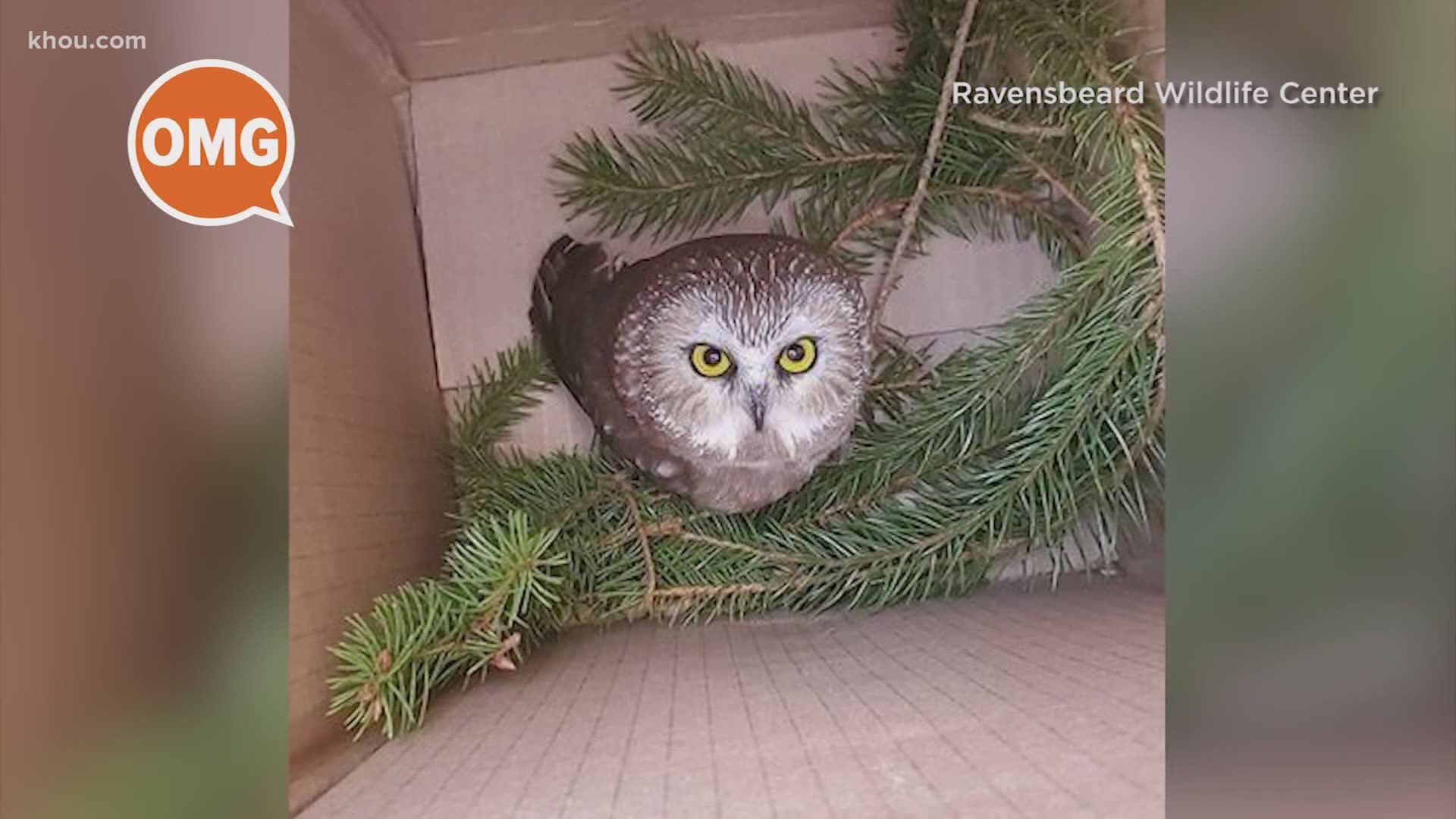 SAUGERTIES, N.Y. — A tiny owl that was found dehydrated and hungry in the branches of the Rockefeller Center Christmas tree is eating its way back to good health and is set to be released back into the wild Saturday.

The adult male Saw-whet owl was dubbed Rockefeller after it was discovered Monday by a worker setting up the towering holiday tree in Manhattan. The Norway spruce was cut down 170 miles (275 kilometers) northwest in upstate New York and brought to Manhattan on Saturday.

RELATED: Tips on keeping a real Christmas tree alive and from drying out

The bird was taken to the Ravensbeard Wildlife Center in the Hudson Valley, where it is dining on mice in preparation for a return to the wild, tentatively before dusk Saturday.

Kalish said the owl is in “great condition" with no bone fractures apparent after an X-ray. She plans to release the owl from the center's location in Saugerties, New York.

RELATED: Baby beaver recovering at local wildlife sanctuary after being hit by car

RELATED: Myths and facts of some of our favorite spooky creatures