Bubba Wallace said the FBI's findings 'should not detract from the show of unity' seen Monday from NASCAR's drivers and 'the progress we've made as a sport.' 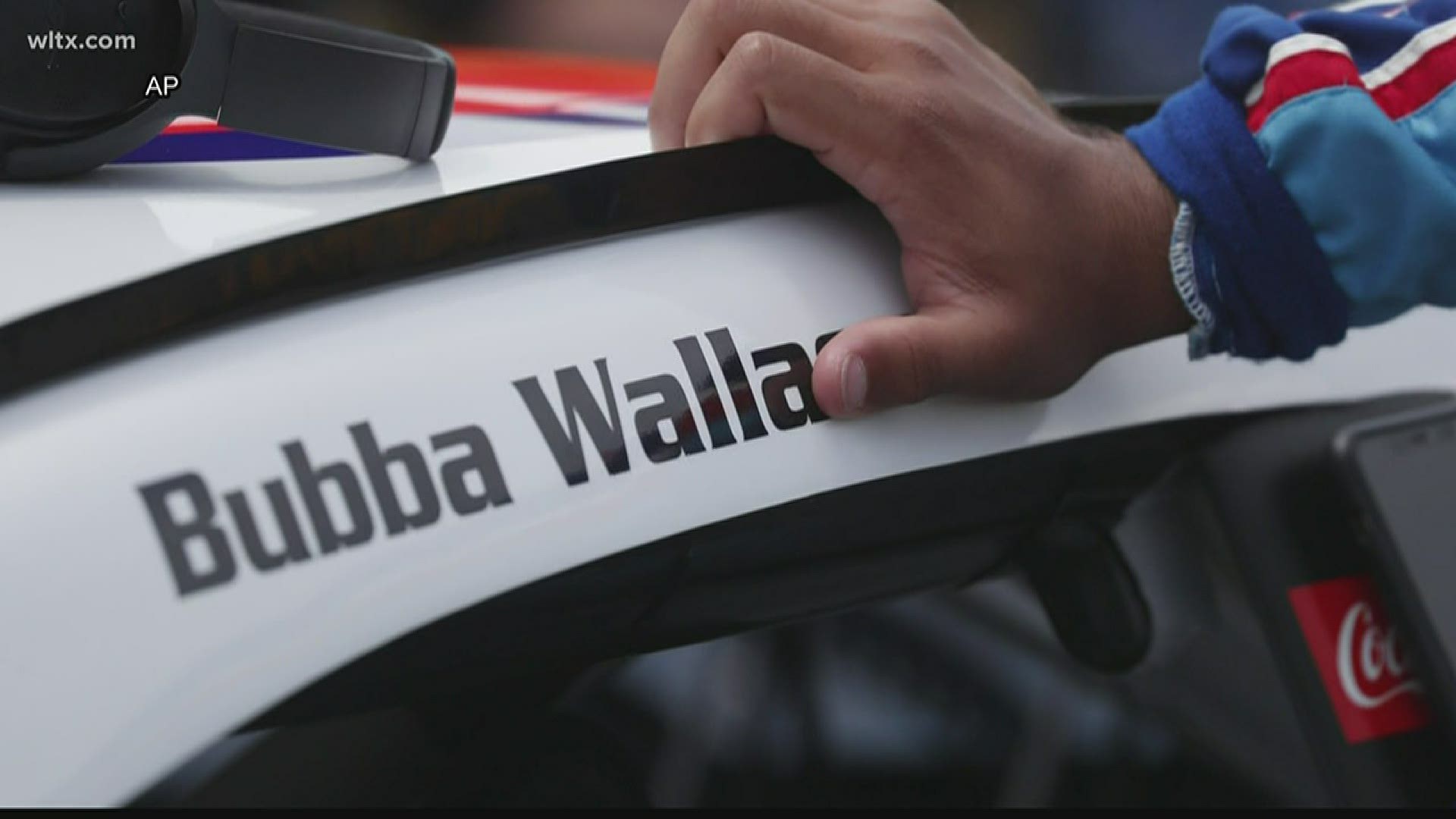 WASHINGTON, D.C., USA — Bubba Wallace says he is relieved after an investigation revealed a noose found in his garage stall at Talladega Superspeedway was not part of a hate crime against him.

Wallace, the only Black driver who races full-time in NASCAR's top series, tweeted Wednesday that it had been "an emotional few days."

After Sunday's announcement by NASCAR that a noose had been found hanging in Wallace's garage stall, an FBI investigation determined the noose had been there since at least Oct. 2019.

Though NASCAR said it is still investigating why it was tied that way in the first place.

"First off, I want to say how relieved I am that the investigation revealed that this wasn't what we feared it was," Wallace said in a statement Wednesday.

"Make no mistake, though some will try, this should not detract from the show of unity we had on Monday, and the progress we've made as a sport to be a more welcoming environment for all," he added. Before Monday's race, the entire NASCAR garage walked alongside Wallace's car as it was pushed down pit road. The moment brought Wallace to tears.

Credit: AP
Bubba Wallace takes a selfie with other drivers that pushed his car to the front in the pits of the Talladega Superspeedway prior to the start of the NASCAR Cup Series auto race

Wallace, during an interview Tuesday with CNN Tonight, acknowledged that it was no surprise emotions were high when the noose was discovered.

The FBI concluded in its investigation that the rope, fashioned into what appeared to be a noose, was part of a garage pull, meant to help lower a garage door.

Wallace said during his interview Tuesday night that he's raced out of hundreds of garages and there has "never had garage pulls like that. So, people that want to call it a garage pull and put out videos and photos of knots as their evidence, go ahead, but from the evidence that we have, that I have, it's a straight up noose."

RELATED: Bubba Wallace responds after FBI says noose found in stall there as early as Oct. 2019

NASCAR CEO Steve Phelps told reporters Tuesday evening that NASCAR would continue trying to figure out why the garage pull, made of rope, was fashioned in such a way saying, “we are continuing our portion of the investigation to try and determine why there was a rope fashioned into noose”

Phelps seemed to acknowledge that while photos showed that the rope pull had been there since 2019, according to the FBI, the way the rope was fashioned was alarming, especially at a time like this.

Wallace told CNN, speaking of the emotional moment for NASCAR earlier in the week, "We've seen everybody come together on Monday there; that was one of the coolest things that I have ever been able to be a part of. Not saying that I wanted that, but drivers wanted to do that; they wanted to show support of me. And now, it kind of looks bad, but it doesn't. Because, within their hearts, they know that it is something that they want to stand up for."

Wallace has six total Gander RV & Outdoors Truck Series wins, and in 2013 at Martinsville he became the first African-American, since Hall of Famer Wendell Scott, to win a NASCAR race.