NASA launched a spacecraft overnight on a mission to smash into an asteroid. 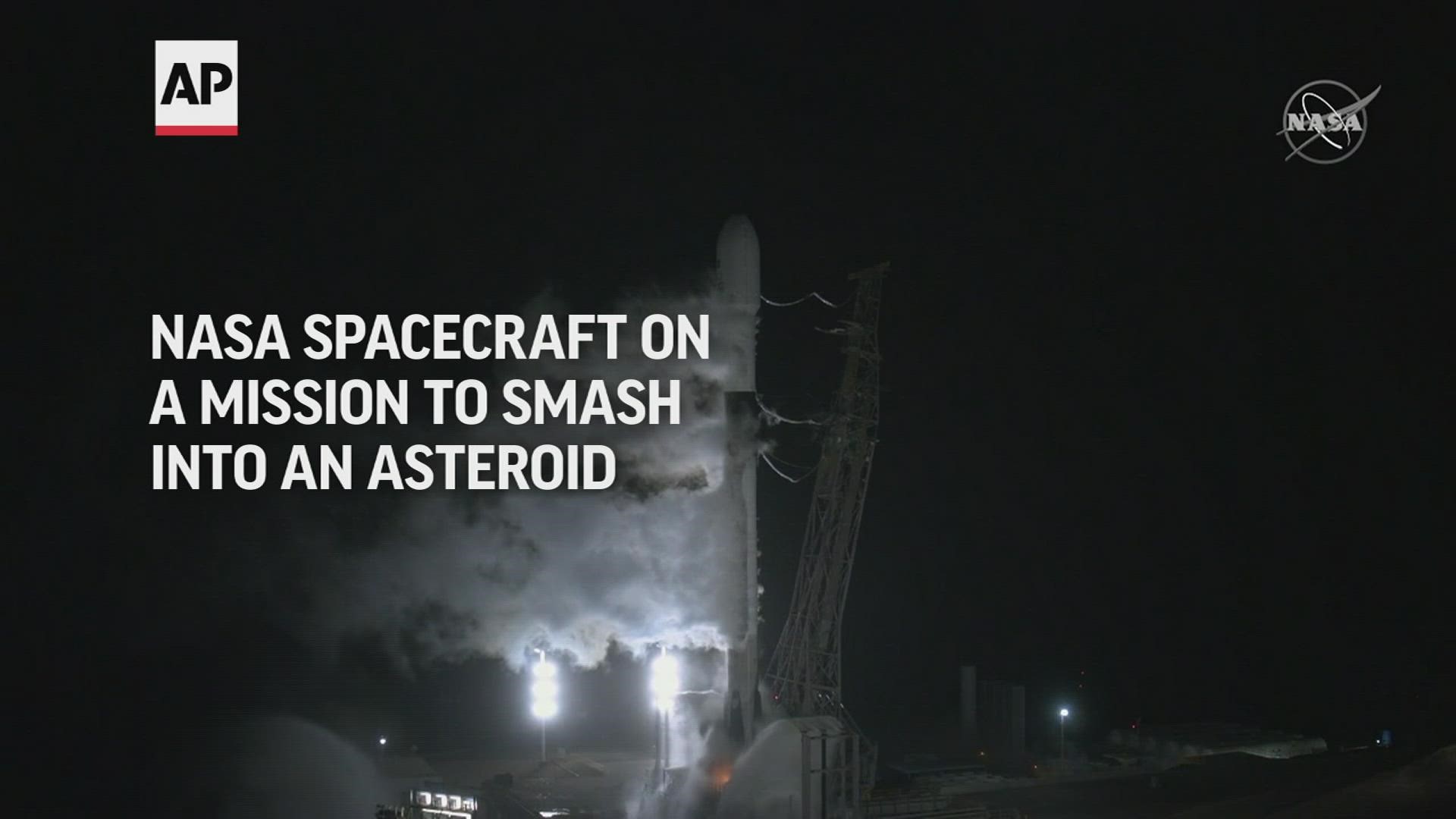 VANDENBERG AIR FORCE BASE, Calif. — NASA has launched a spacecraft on a mission to smash into an asteroid and test whether it would be possible to knock a speeding space rock off course if one were to threaten Earth.

The spacecraft is called DART, for Double Asteroid Redirection Test.

It lifted off from California's Vandenberg Space Force Base.

The asteroid is no danger to Earth, just a good target for testing out the potentially planet-saving technology.

You can watch the full launch on NASA's Youtube page.

55 minutes into its flight, the #DARTMission spacecraft has separated from the @SpaceX Falcon 9 second stage, and will soon begin to orient itself toward the Sun. pic.twitter.com/hI6NoQ11zw

Asteroid Dimorphos: we're coming for you!

Riding a @SpaceX Falcon 9 rocket, our #DARTMission blasted off at 1:21am EST (06:21 UTC), launching the world's first mission to test asteroid-deflecting technology. pic.twitter.com/FRj1hMyzgH