A look at Democrats' sweeping proposals to overhaul policing

The package limits legal protections for police, creates a national database of excessive-force incidents, and bans police choke holds, among other changes. 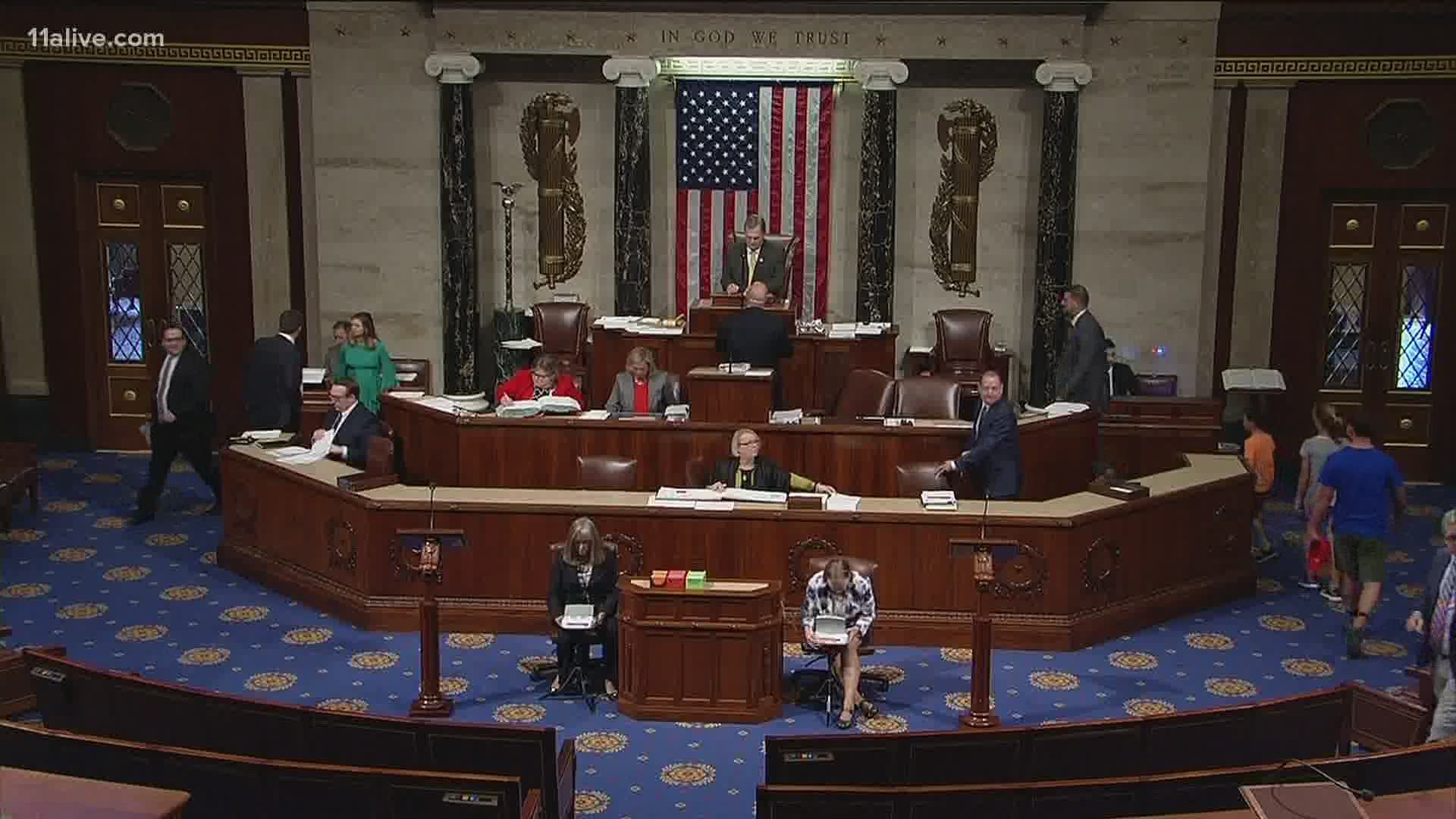 WASHINGTON — Democrats in Congress are proposing an overhaul of police procedures and accountability after the mass protests over the deaths of black Americans at the hand of law enforcement.

The Justice in Policing Act is among the most ambitious law enforcement reforms from Congress in years and confronts several aspects of policing that have come under strong criticism, especially as more and more police violence is captured on cellphone video and shared across the nation and the world.

The package limits legal protections for police, creates a national database of excessive-force incidents and bans police chokeholds, among other changes that, The changes, if enacted, would have massive implications on policing in the U.S.

It’s not clear whether the legislation will pass, especially in an election year and amid calls to “defund the police” and growing protests. President Donald Trump has tried to set himself up as a “law and order” leader and has criticized the package, claiming Democrats have “gone CRAZY.”

A few things to know about the bill and how it could make a difference:

Under the proposal, the federal civil rights law that governs police misconduct would no longer require prosecutors to prove that an officer’s actions were willful, a high burden of proof. The law would allow an officer to be charged for acting with reckless disregard for someone’s life, causing that person's death.

Under the current law, it is federal crime to willfully deprive someone of their civil rights under the color of authority, but the officer also must have known what they were doing was wrong and against the law and decided to do it anyway. To prove that crime, prosecutors would need to convince a jury that the force used was more than what would be reasonably necessary to arrest or subdue a suspect, meaning convincing jurors that in the middle of an arrest the officer made a clear and willful decision to cause someone’s death.

That was a burden of proof that prosecutors said they couldn’t meet in the case of Eric Garner when they declined to bring charges against Officer Daniel Pantaleo last year.

Police officers are generally not held personally liable for anything that happens on the job, including when someone dies. The concept of qualified immunity has long been a way to protect police from unnecessary lawsuits and to give them the freedom to police without fear of unnecessary retribution.

The bill would amend federal misconduct statutes to make it easier for courts to find officers personally liable for the violation of civil rights. The move could have major consequences for officers who would think twice before abusing their power, but it could also make it more difficult to recruit police nationwide. It could also potentially lead to officers being held financially liable, too. Cities often bear the brunt of misconduct claims. In a 10-year period in New York, for example, the city paid out nearly $1 billion to settle claims made against police.

A long-held grievance has been that prosecutors and police have too cozy a relationship and can’t separate that out when misconduct is an issue. It is part of the investigation now into the shooting death of Ahmaud Arbery in coastal Georgia. The father and son accused of killing Arbery had a long history with the local district attorney, the father having worked for the DA as an investigator for 20 years. The case is now being investigated by a separate district attorney. Some states have created a special prosecutor to investigate all misconduct claims against local police. The bill provides a grant program for state attorneys general to conduct independent investigations into problematic police departments.

A second issue is many officers who wind up involved in a fatal shooting have a long history of misconduct, including Derek Chauvin, the Minneapolis officer who has been charged with murder in the death of George Floyd. He had at least a dozen complaints made against him, according to records. But those records are often not made public, making it difficult to know if officers have a track record. The bill calls for a national registry including complaints, disciplinary records and termination records, which proponents say would be a massive step forward in transparency.

Democrats say the ability of the Justice Department’s civil rights division to perform so-called pattern or practice investigations, sweeping probes into police departments that examine whether systemic deficiencies contribute to misconduct or enable it to persist, has been curtailed. The proposal would give specific subpoena power to federal civil rights prosecutors to conduct those investigations and would aid state attorneys general with conducting similar investigations.

The Justice Department hasn’t banned pattern or practice investigations. U.S. Attorney General William Barr, however, has suggested that they may have been previously overused. As attorney general in the Obama administration, Eric Holder frequently criticized violent police confrontations and opened a series of civil rights investigations into local law enforcement practices. The civil rights investigations often ended with court-approved consent decrees that mandated reforms. The consent decrees included those with the police in Ferguson, Missouri, after the killing of Michael Brown and in Baltimore following the police custody death of 25-year-old Freddie Gray.

Hours before he resigned as attorney general in November 2018, Jeff Sessions signed a memo that sharply curtailed the use of consent decrees. The policy makes their use more difficult to enact and requires top Justice Department officials to approve the deals.

Other measures in the legislation are likely to face significant hurdles to enact. And there are some that police officials are likely to argue could endanger officers' lives.

The bill calls for a ban on “no knock” warrants, which are typically executed in some of the most dangerous investigations conducted by police departments. The legislation would specifically ban no-knock warrants for all federal drug cases and would require local and state law enforcement agencies to prohibit their use to qualify for some federal funding. Oregon and Florida are the only states that have outlawed such warrants.

A no-knock warrant, as its name implies, is an order from a judge that allows police to enter a home without prior notification to the residents, such as ringing a doorbell or banging on the door. In most cases, the law requires that officers must knock and announce themselves before entering a private home to execute a search warrant. Police would generally seek a no-knock warrant if the situation might be extraordinarily dangerous or if a suspect is likely to destroy evidence when police knock on the door. But critics have said their use has increased dramatically in recent years and some departments use them routinely in cases that don’t merit such an exception.

There has been a growing call to ban no-knock warrants since 26-year-old Breonna Taylor was killed in her Louisville home by officers in March. 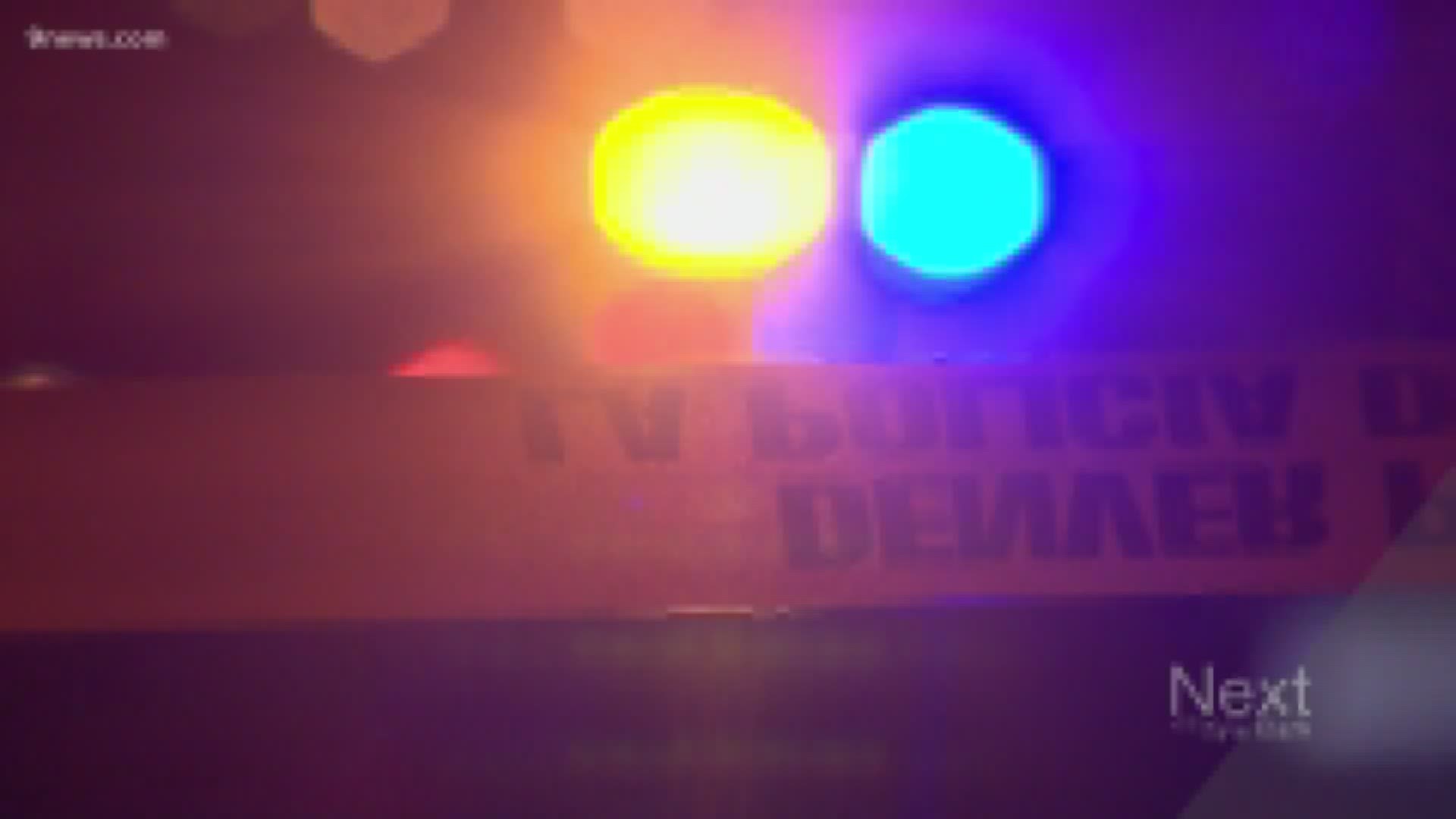