Oklahoma is the first state the rapper has filed in where he's met the requirements, but there's confusion over if he's really running. 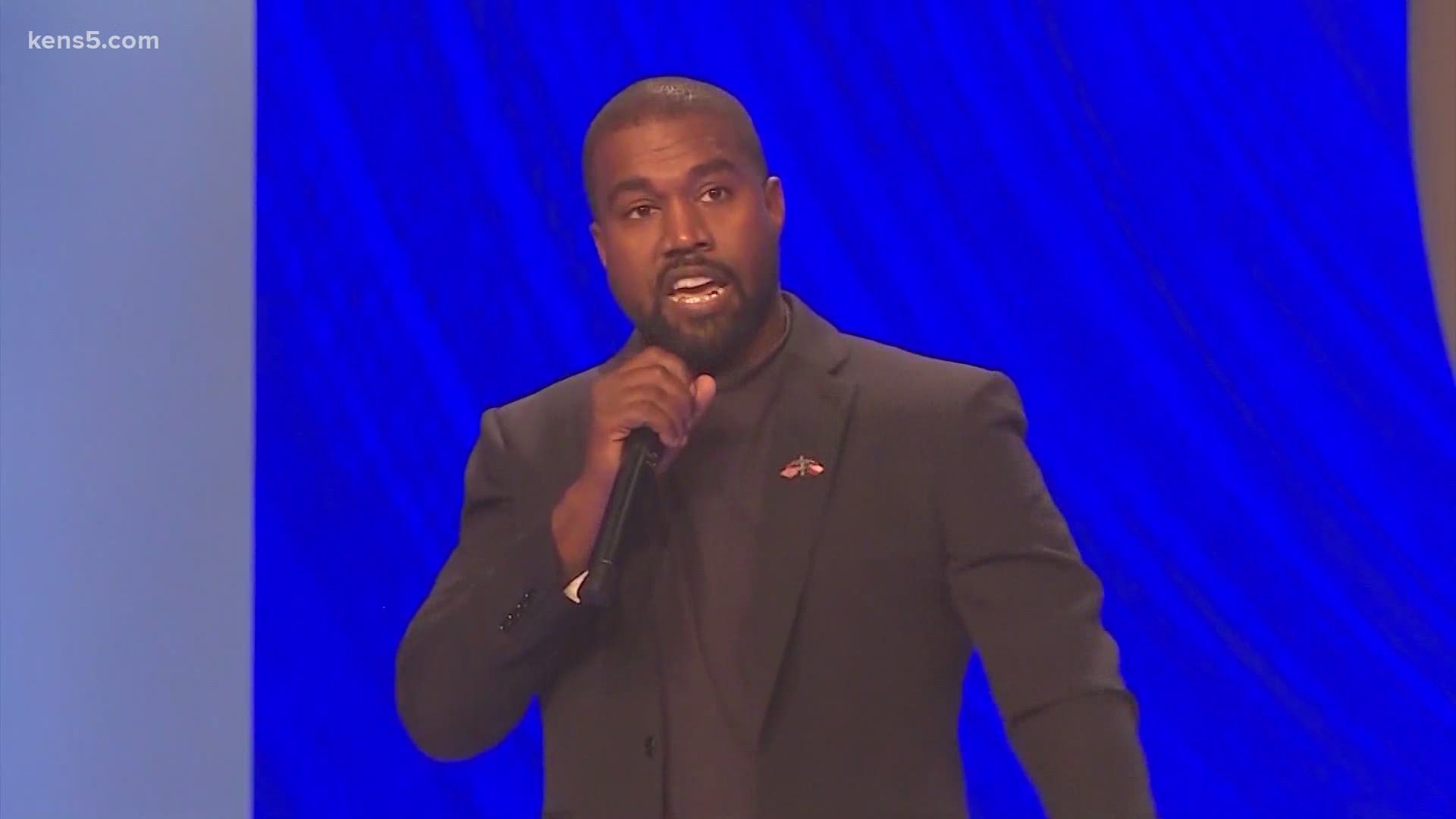 OKLAHOMA CITY — Rap superstar Kanye West has qualified to appear on Oklahoma’s presidential ballot, the first state where he met the requirements before the filing deadline.

But confusion remains over whether he's actually running.

A representative for West filed the necessary paperwork and paid the $35,000 filing Wednesday afternoon, which was the deadline for a spot on the state's Nov. 3 presidential ballot, said Oklahoma Board of Elections spokeswoman Misha Mohr. He was one of three independent presidential candidates to pay the filing fee prior to the deadline, she added. The others were concert pianist Jade Simmons and cryptocurrency entrepreneur Brock Pierce.

The filing came a day after New York Magazine's “Intelligencer” quoted West adviser Steve Kramer saying “he's out" and noting that the staff he had hired were disappointed.

RELATED: Kanye West says he no longer supports President Trump and had COVID-19

However, TMZ reported that the West campaign had filed a “Statement of Organization” Wednesday with the Federal Election Commission, stating that a Kanye 2020 committee would serve as principal campaign committee for a West candidacy.

West has already missed the deadline to qualify for the ballot in several states, and it’s unclear if he is willing or able to collect enough signatures required to qualify in others.

Credit: AP
This Nov. 17, 2019 file photo shows Kanye West on stage during a service at Lakewood Church in Houston.

West, who is married to reality television star Kim Kardashian West, initially announced his candidacy on July 4. Days later, he told Forbes magazine that he, who once praised President Donald Trump and said the two share “dragon energy,” was “taking the red hat off” — a reference to Trump’s trademark red “Make America Great Again” cap.

West, who said that he had been diagnosed with bipolar disorder, told the magazine that he planned to model his White House on the fictional land in “Black Panther” if he won the presidency, adding “Let’s get back to Wakanda.”

RELATED: Kanye West gets 2 percent of the votes in national presidential poll