Former U.S. Ambassador to Ukraine Marie Yovanovitch was met with applause from members of the public after testifying in the impeachment probe. 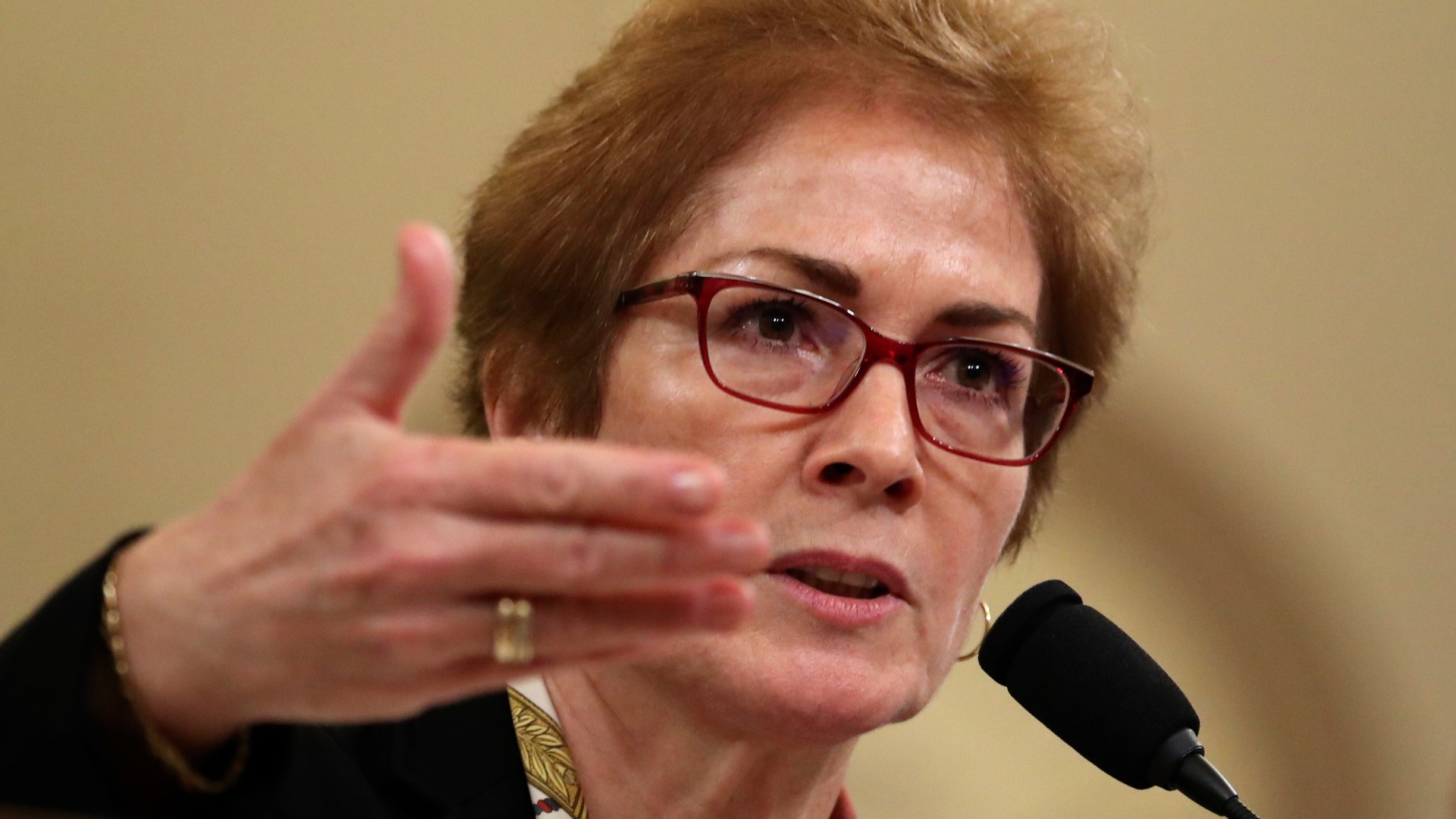 WASHINGTON — Ousted U.S. Ambassador to Ukraine Marie Yovanovitch testified for five hours on Friday in the second public hearing of the impeachment inquiry into President Donald Trump, and it culminated in a unique display for a Congressional hearing.

After House Intelligence Committee Chairman Adam Schiff adjourned the hearing, Yovanovitch got up to leave and received a standing ovation from audience members in the room.

The applause could be heard clearly in live video from the hearing room.

While the applause was started by members of the public, a number of Democratic lawmakers on the Intelligence Committee were seen clapping as well.

BBC's Washington News Editor Ed Habershon acknowledged on Twitter that it's "against the rules at these types of hearings" and "highly unusual" for Yovanovitch to be clapped out of the room.

Others also recognized the notable moment, declaring it a show of support for a government official testifying in an extremely partisan and divided situation.

The hearing included Yovanovitch describing an effort in the Trump administration to smear her reputation while she was ambassador. The president even criticized her on Twitter during the hearing, saying everywhere she served had “turned bad.”

Credit: AP
Former Ambassador to Ukraine Marie Yovanovitch is sworn in to testify before the House Intelligence Committee on Capitol Hill in Washington, Friday, Nov. 15, 2019, during the second public impeachment hearing of President Donald Trump's efforts to tie U.S. aid for Ukraine to investigations of his political opponents. (AP Photo/Alex Brandon, Pool)