The three year prison sentence for Michael Cohen was in line with what federal prosecutors had asked for. 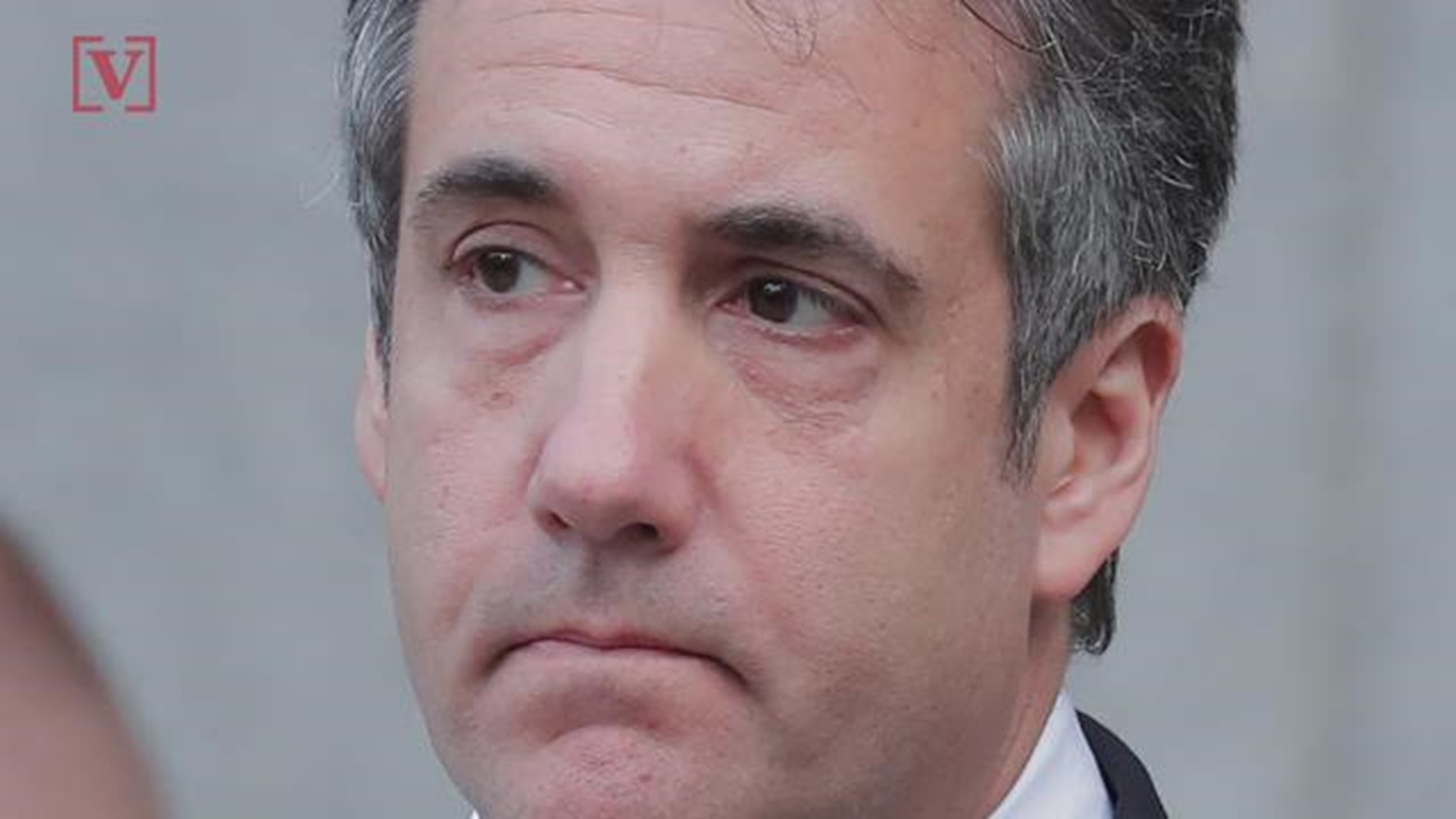 NEW YORK — Michael Cohen, President Donald Trump's once-devoted lawyer and all-around fixer, was sentenced Wednesday to three years in prison for allowing what he said was his "blind loyalty" to Trump to lead him astray. "I felt it was my duty to cover up his dirty deeds," he said.

Standing alone at the defense table, Cohen, 52, shook his head slightly and closed his eyes as the judge pronounced the sentence for crimes that included lying about his boss' business dealings in Russia and funneling hush money to two women who said they had sex with Trump — payments that Cohen said were made at the president's direction.

U.S. District Judge William H. Pauley III said Cohen deserved modest credit for his decision over the summer to admit guilt and cooperate in the federal investigation of efforts by Russians to influence the 2016 presidential election, but his assistance "does not wipe the slate clean."

"Somewhere along the way Mr. Cohen appears to have lost his moral compass," the judge said. "As a lawyer, Mr. Cohen should have known better."

The sentence was in line with what federal prosecutors asked for. Sentencing guidelines called for around four to five years behind bars, and the government asked in court papers that Cohen be given only a slight break. He was ordered to surrender March 6 and left court without comment.

"It was my blind loyalty to this man that led me to take a path of darkness instead of light," Cohen, a man who once boasted he would "take a bullet" for Trump, told the judge before the sentence came down. "I felt it was my duty to cover up his dirty deeds."

Cohen got choked up near the end of his remarks and paused briefly to compose himself. His daughter, seated behind him, sobbed throughout. As he returned to his seat, he ran his hand across her cheek.

Cohen's lawyers had argued for leniency, saying he decided to cooperate with investigators rather than hold out for a possible pardon.

"He came forward to offer evidence against the most powerful person in our country," defense attorney Guy Petrillo told the judge.

Cohen is the first — and so far, only — member of Trump's circle during two years of investigations to go into open court and implicate the president in a crime, though whether a president can be prosecuted under the Constitution is an open question.

Last month, Cohen also pleaded guilty to lying to Congress by concealing that he was negotiating a proposal to build a Trump skyscraper in Moscow deep into the presidential campaign season. He said he lied out of devotion to Trump, who had insisted during the campaign that he had no business ties whatsoever to Russia.

The sentence was the culmination of a spectacular rise and fast fall of a lawyer who attached himself to the fortunes of his biggest client, helped him get elected president, then turned on him, cooperating with two interconnected investigations: one run by federal prosecutors in New York, the other by special counsel Robert Mueller, who is leading the Russia investigation.

Beyond the guilty pleas, it is unclear exactly what Cohen has told prosecutors, and it remains to be seen how much damage Cohen's cooperation will do to Trump. Legal experts said Cohen could get his sentence reduced if he strikes a deal with prosecutors to tell them more.

Cohen's legal team said Wednesday that he wants to continue cooperating. Cohen adviser Lanny Davis, who previously represented President Bill Clinton, said the former political fixer will "state publicly all he knows" about Trump after Mueller completes his investigation, and that includes testifying before Congress.

At the sentencing, a prosecutor in Mueller's office, Jeannie Rhee, said Cohen has "sought to tell us the truth and that is of the utmost value to us" and has "provided consistent and credible information about core Russia-related issues under investigation." She did not elaborate.

But the New York-based prosecutors who handled the case had urged the judge to sentence Cohen to a "substantial" prison term and said he failed to tell investigators everything he knows. Prosecutor Nicolas Roos said Cohen's crimes showed a "pattern of deceit, brazenness and greed," and urged the judge to send a message that "even powerful, privileged individuals cannot violate these laws with impunity."

In a court filing last week, the prosecutors left no doubt that they believe Cohen arranged the hush-money payments at Trump's direction, saying the maneuver was part of an effort to "influence the election from the shadows."

Trump had denied any sexual relationship with the women and argued on Twitter earlier this week that the payments to the women were "a simple private transaction," not a campaign contribution. And if it was a prohibited contribution, Trump said, Cohen is the one who should be held responsible.

"Lawyer's liability if he made a mistake, not me," Trump wrote, adding, "Cohen just trying to get his sentence reduced. WITCH HUNT!"

Trump had repeatedly called for a tough sentence for Cohen, whom he labeled a liar.

Cohen has had at least seven meetings with Mueller's team, which said in court papers that Cohen provided "relevant and useful" information about attempts by Russian figures to influence Trump's campaign.

In the hush-money case, prosecutors said, Cohen arranged for the parent company of the National Enquirer to pay $150,000 to McDougal. He also paid $130,000 to Daniels and was reimbursed by Trump's business empire. Prosecutors said the McDougal payment violated federal law against corporate campaign contributions, while the money that went to Daniels exceeded the $2,700 limit on campaign donations.

Daniels' lawyer, Michael Avenatti, who played a major role in exposing the hush-money discussions, said outside the courthouse: "We will not stop until the truth is known relating to the conduct of Donald Trump." But he added: "Let me be clear, Michael Cohen is neither a hero nor a patriot" and "he deserves every day of the 36-month sentence he will serve."