The rescue happened in a refuge off Mexico where another species of sea mammal, also threatened by illegal fishing, is on the verge of extinction. 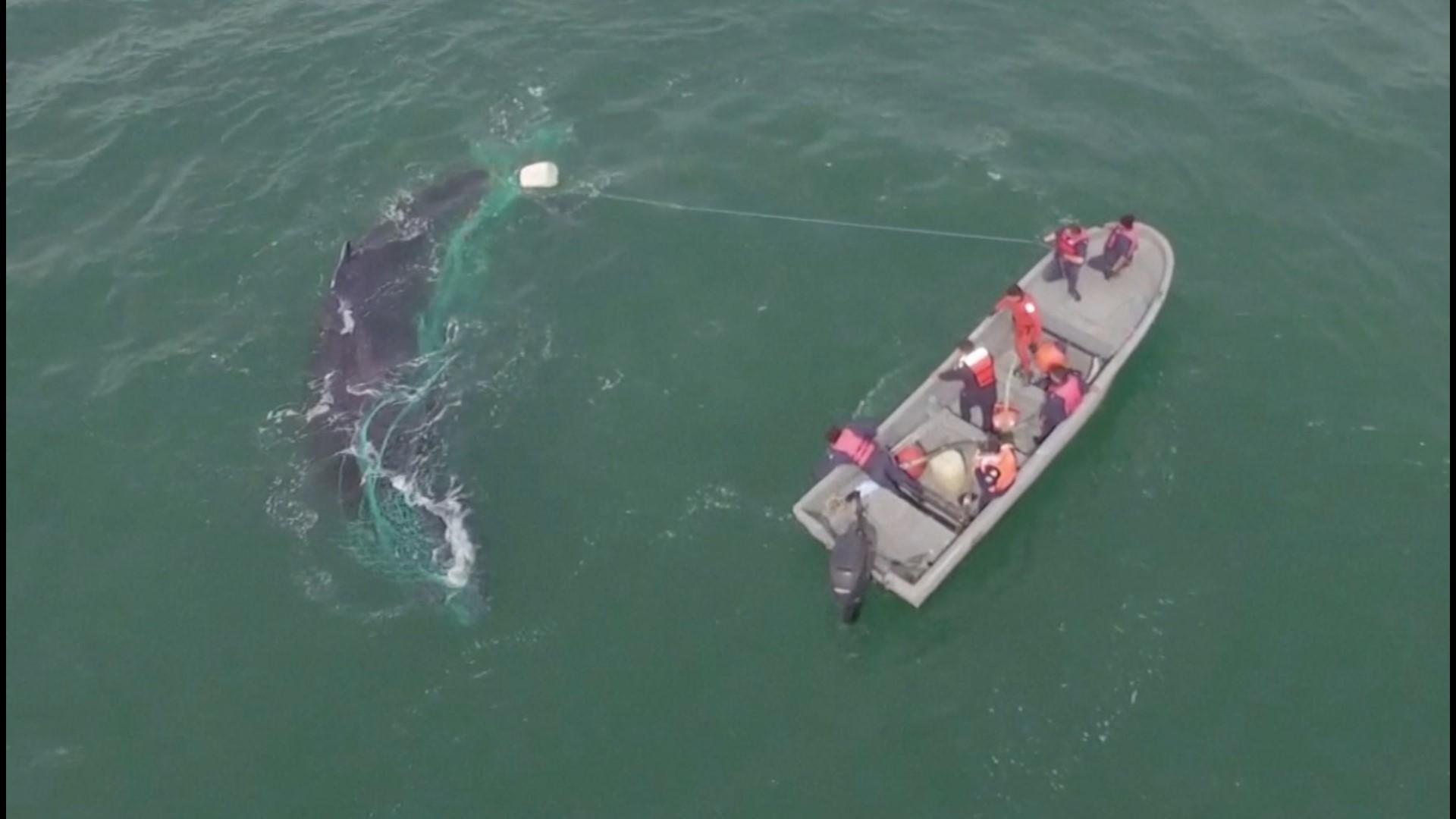 A conservation group worked tirelessly to rescue a humpback whale caught in an illegal fishing net off the coast of Mexico last week.

Video from Sea Shepherd shows the animal struggling to breathe and breach.

Crews on two Sea Shepherd vessels worked with Mexican officials to free the whale. The effort lasted several hours. They got most of the net off before the whale was able to dive deep into the water and vanished. Sea Shepherd said the remaining netting wrapped around its tail could be a threat to long-term survival.

RELATED: Whale watchers try to save entangled whale off coast of San Diego

“Today we witnessed firsthand just how cruel gillnets can actually be,” said Jacqueline Le Duc, Captain of Sea Shepherd’s M/V Sharpie, in a statement. “These gillnets are lethal killers and Sea Shepherd’s presence here in the Upper Gulf of California has never been more important.”

The rescue happened in the Vaquita Refuge. Sea Shepherd said gillnets are the main threat to another sea mammal known as vaquitas. There are only between six and 19 vaquitas left alive and are only found in the Upper Gulf of California.